In 1976, when Carl Berglund was almost 50 years old, a plan to send a spacecraft to Halley's Comet landed on his desk.

Berglund, an engineer at NASA's Jet Propulsion Laboratory, was used to seeing bold ideas, but this one was particularly ambitious. A spacecraft equipped with a square sheet of Mylar nearly a kilometer wide would harness the pressure of sunlight for propulsion, spiral closer to the Sun than Mercury, throw itself out of the plane of our solar system, and rendezvous with the world's most famous comet, which was returning to Earth's skies in 1986.

Berglund's formal project title was lead designer, but to hear him tell it, he was simply a "cog engineer." At JPL, he looked at preliminary spacecraft designs and helped figure out how specific components would work. He doesn't remember having a specific reaction to what he soon learned was a "solar sail"—he just went to work on the project like anything else.

"A lot of work, you know, we just did it because it came along," he told me last year.

Around the time Berglund joined the project, Carl Sagan appeared on the Tonight Show with a model of the kite-like spacecraft—one of two designs being considered. The program manager was the scientist-engineer Louis Friedman, and JPL director Bruce Murray supported the effort. Together, Sagan, Friedman and Murray would found The Planetary Society in 1980.

Berglund only worked on the solar sail for a few months. But during that time, he amassed a treasure trove of meeting notes, schematics and overhead slides—all of which he has saved to this day.

The documents provide new insights into what would have been the world's first solar sail, which laid the groundwork for The Planetary Society's Cosmos 1, LightSail 1 and LightSail 2 spacecraft. 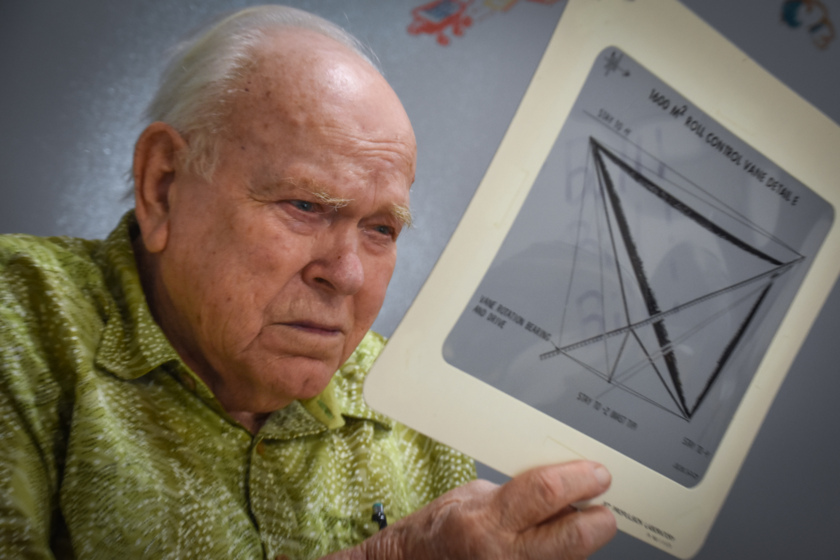 Carl Berglund examines a 1977 overhead slide showing the design for a square solar sail spacecraft that would rendezvous with Halley’s Comet.

From the boiler room to space missions

Berglund was born in Los Angeles in 1926. His father died in 1935, and during the Great Depression, he developed an engineer's mind while working to be self-sufficient and support his family. That included learning English—he grew up speaking only Swedish.

During World War II, when Berglund was in high school, he signed up for a Lockheed Corporation work program that accepted young men under age 18 before they were drafted for the war effort. He worked at the company's tool and die shop, and when he later joined the Navy, he worked in engine rooms on ship boilers. When the war ended, Berglund was stationed in the Pacific, amidst a fleet of ships prepared to invade Japan.

Thanks to the GI Bill and a California veteran's assistance program, he attended the University of Southern California, where he graduated with a degree in mechanical engineering.

He soon landed a job at CalTech, working at a hypersonic wind tunnel facility, and transferred to the burgeoning Jet Propulsion Laboratory in 1954.

At JPL, Berglund worked on some of the world's most famous planetary spacecraft programs, including Ranger, Mariner, Surveyor, Voyager, Viking and Galileo. He even recalls helping with the spin mechanism for Explorer 1, America's first satellite.

Following the failures of Rangers 1 through 5 in 1961 and 1962, JPL restructured its workflow procedures for Ranger 6, which had an updated design. Rather than relying on a single team to shepherd a mission from design to launch, the lab began placing more emphasis on specialized departments to scrutinize various aspects of the mission. Berglund likened the structure to a baseball team—and his role was the catcher.

"I was never a star player," he said. "I worked bugs out of there, if there were bugs." 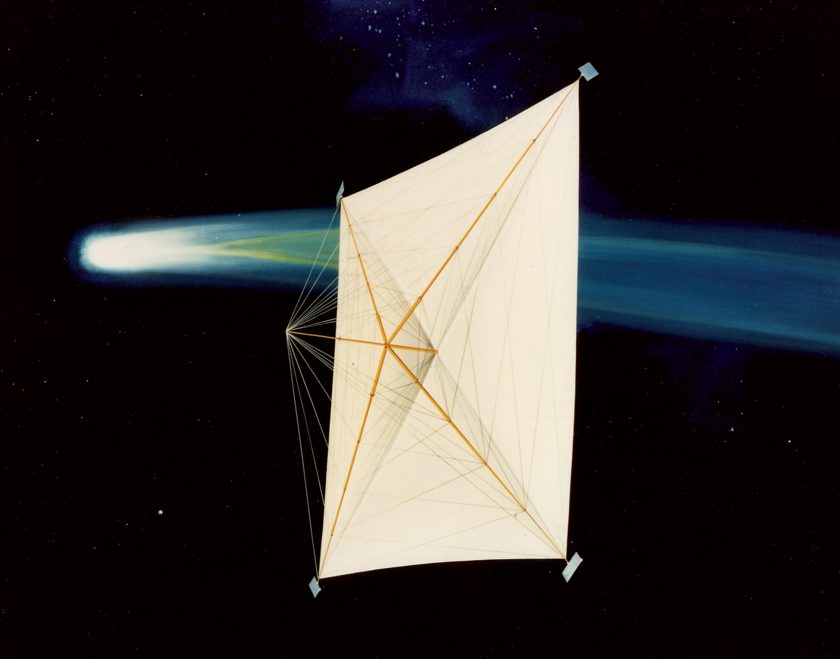 The solar sail document trail provided by Berglund picks up in early 1977. A Time magazine article from that year says the project had received $5.5 million in NASA funding—about $22 million in 2017 dollars.

At that point, two spacecraft designs were being considered. One used a square, kite-like sail, and a second, called a heliogyro, had long blades and looked like two ceiling fans stacked on top of each other.

The square sail, which Berglund was working on, had a size of 850 by 850 meters—0.7 square kilometers. The heliogyro had 12 sail blades; 6 per level. Each blade was 8 meters wide, and a staggering 6.2 kilometers long—0.6 square kilometers of sail material in total. The blades would spin, making a complete rotation in a little more than 3 minutes.

Both designs had a proposed launch date of January 1982. The sail craft would ride to orbit inside the space shuttle's cargo bay, attached to a solid rocket booster upper stage. After being deployed by astronauts, the booster would fling the spacecraft out of Earth's gravitational pull, at which point the sail would automatically deploy. 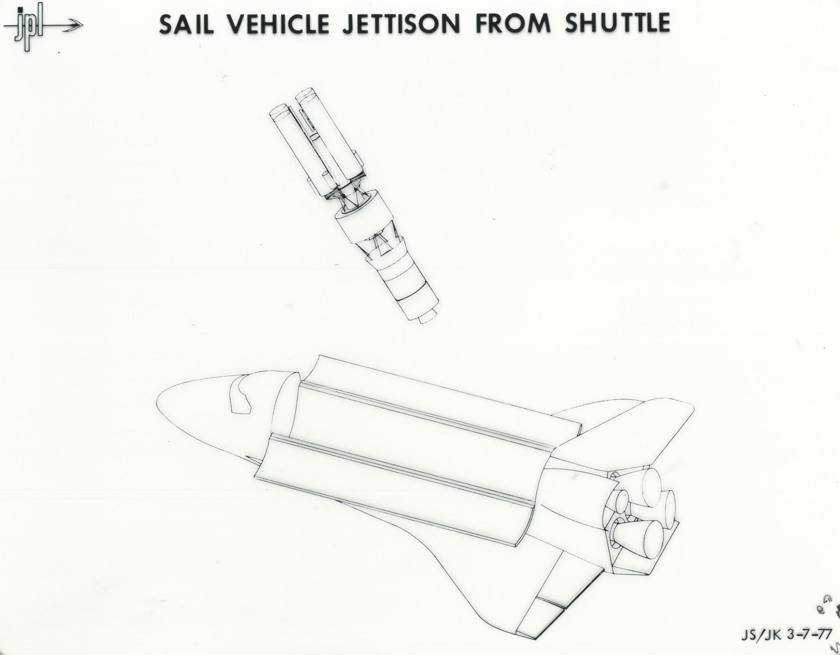 A technical slide showing the Halley's Comet square solar sail being deployed from the space shuttle.

The scale of the proposed Halley sails is difficult to comprehend.

The Planetary Society's LightSail 2 spacecraft has a sail area of 32 square meters, and weighs less than 5 kilograms altogether. The Halley sails, on the other hand, weighed roughly 3 metric tons, and could carry payloads of about 1 metric ton.

A key metric for solar sails is area-to-mass ratio, or A/m. Basically, the push your spacecraft gets from sunlight depends on the relationship between sail area and vehicle mass. The higher your A/m ratio, the better.

IKAROS, the Japanese solar sail launched in 2010, has an A/m ratio off 1.3. LightSail 2 performs slightly better, with a ratio of 7. But the Halley sails had A/m ratios two orders of magnitude greater: 711.

Once in interplanetary space, either of the Halley sails would spiral inward toward the Sun, as close as 0.25 AU, harnessing tremendous amounts of energy. There, the sail material would get hotter than 520 degrees Kelvin, though the shaded spacecraft instruments would be cooler—roughly 300 degrees Kelvin, or about 80 degrees Fahrenheit.

The sail would crank off the solar system's ecliptic, reaching speeds as high as 55 kilometers per second, and match the trajectory of Halley's Comet, catching up with the icy world in March 1986 after its closest approach to the sun. At the comet, the spacecraft would ditch its unwieldy sail and use maneuvering thrusters. And like the Rosetta mission, which ended last year, the spacecraft would end its mission by landing on the comet itself.

In March 1977, a technical status review was held at JPL. Based on an interoffice memo written by Louis Friedman, the review went fairly well.

"WE HAVE ESTABLISHED THE SAIL," Friedman wrote, in capital letters. "No matter what happens here on in, I believe that this is a significant event."

Bruce Murray left the meeting to set up an August discussion with a larger contingent of NASA officials. That meeting, according to the aforementioned Time article, would lead to a final NASA decision on whether to move forward with either the solar sail or a competing technology: solar electric propulsion.

SEP technology strips electrons off an inert gas like Xenon and accelerates them out of an engine nozzle, creating thrust. Like solar sailing, SEP provides a small, but continuous, thrust, and over long periods of time this can allow spacecraft to change orbits in ways that chemical rockets cannot. SEP propulsion allowed NASA's Dawn spacecraft to visit both Vesta and Ceres, and the agency hopes to use SEP for its future deep space gateway and transport vehicles.

All this led to a friendly competition between SEP and SAIL engineers at JPL, Time reported. At one point, employees from opposing teams showed up to work in T-shirts saying either "I'M A SOLAR SAILOR" or "TRUCKING WITH ION DRIVE." 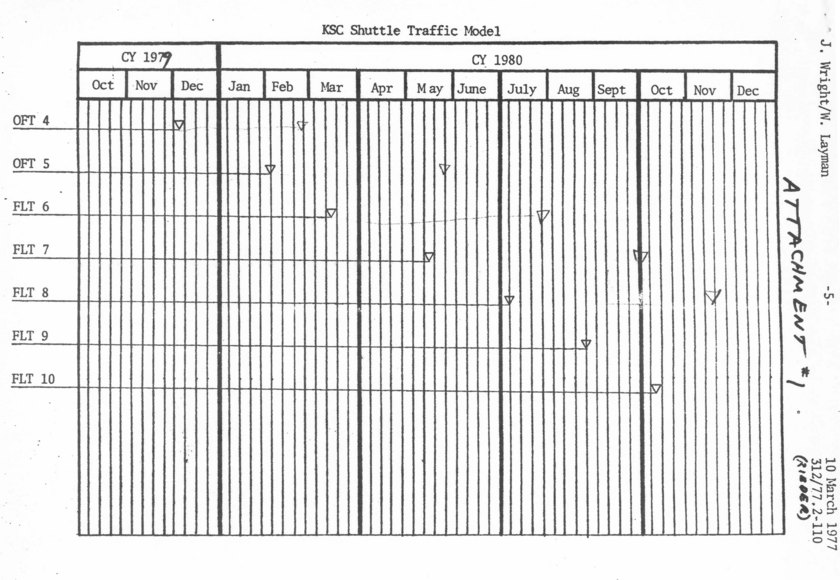 An impending lack of planetary science funding, as well as overly optimistic space shuttle launch schedules like the one shown here, cost the United States a chance to send a spacecraft to Halley’s Comet.

JPL ended up choosing the heliogyro option over the square sail. But then NASA chose SEP over SAIL. One of SEP's advantages was that it could be ready in time to arrive at Halley's Comet prior to perihelion, giving scientists a chance to see how the Sun altered the comet's surface.

But in the end, neither technology was used. NASA's planetary science division was about to face a historic funding drought, with threats of outright cancellation. No new missions were approved from 1978 to 1990. And the space shuttle, which was required to launch either a SEP or SAIL mission, ended up being delayed. One schedule from Berglund's documents projects the shuttle completing 10 flights by the end of 1980. In reality, the shuttle's tenth flight didn't occur until February 1984.

As a result, America missed its chance to send a spacecraft to Halley's Comet. Instead, the honor went to a fleet of spacecraft from the Soviet Union, Japan and Europe. 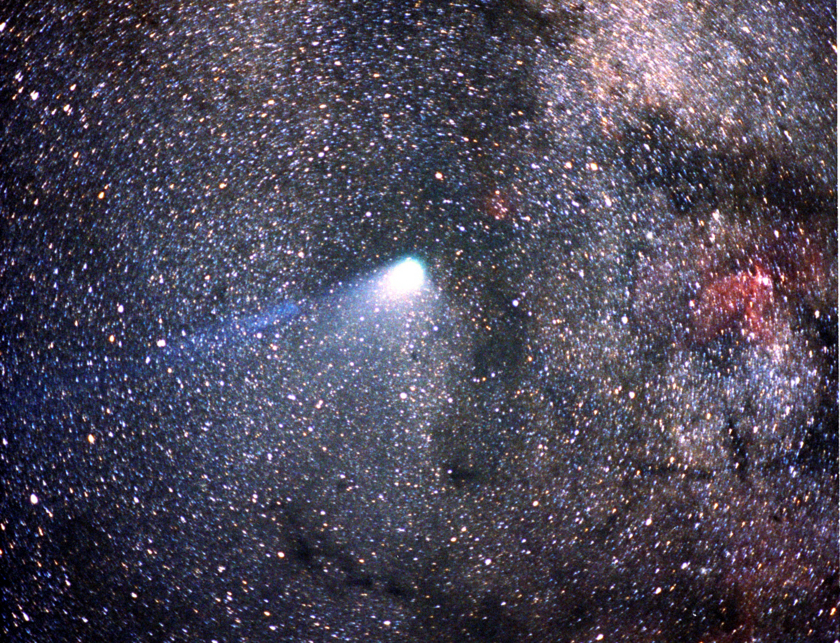 A ground-based photo of Halley’s Comet from 1986.

Berglund retired from JPL in 1989, after seeing the final project he worked on, Galileo, launch to Jupiter. At that point, he said, the lab was transitioning from paper-based design to computers. Berglund, for his part, never made the switch.

When I spoke with him last year, we sat at a table that once belonged to Carl Sagan, inside Bill Nye's office at The Planetary Society's Pasadena, California headquarters. On Sagan's old desk sat a model of Jupiter that spins on its own using ambient light and Earth's magnetic field.

At one point, as we talked, Berglund's voice trailed off. His expression turned into a frown, as he looked intensely at the globe.

"How does this thing work?" he asked.

As for the dream of solar sailing, Friedman told Time in 1977 that he envisioned a fleet of sunjammers, with humans aboard, embarking on Mars missions by the end of the century. But 40 years later, only IKAROS has demonstrated controlled flight by light. The Planetary Society's LightSail 2 CubeSat aims to become the second spacecraft—and the first in Earth orbit—to do so.

The final chapter of the story started by Sagan, Friedman and Murray, and supported over the years by numerous engineers like Berglund, has yet to be written.

Berglund would like add thanks to Clay Aardahl and Carl Raggio, both of whom he worked with during his time on the Halley solar sail project.

Fascinating to see the road traveled to get to the LightSail2.

Carl was my childhood mentor, and remains to this day a dear friend. Carl was both a highly capable engineer, as is depicted in this story, and one who believed in sharing the joy of discovery and exploration. While I was in primary and middle school, he sent many packages full of colour photos, scale blue prints of Galileo, and JPL bulletins from Voyager. I was the envy of the class with packages from NASA's Jet Propulsion Laboratory. I yet have those photos in my own archives, today. I am so very pleased with the depth and care taken in the development of this article. Jason (author) worked on this for more than a year, combing through the boxes Carl provided him. The result is a story which is both personal and global in its reach as the Planetary Society prepares to launch the grandchild of the original Solar Sail. Thank you Jason and your colleagues for breathing new life into this story four decades old. Best wishes for the launch later this year ...

Very nice personal story and anecdotes. I would have liked a bit more information on the heliogyro solar sail design — an illustration, at least — perhaps including the pros and cons of that design vs the square sail. I was lightly following this story in the late 1970s, and it wasn't clear to me then why one design would be favored over the other.