Today there is one less spacecraft returning science data from beyond Earth. The European Space Operations Centre received the final transmission from Rosetta at 11:19 September 30, UT. A very quiet control center and press room watched as the strong signal from Rosetta’s high-gain antenna suddenly vanished. A few people applauded, but the mood here is subdued.

The spacecraft transmitted scientific data all the way down to just meters above the surface and seconds before impact. A few instruments shared live science updates via Twitter.

At 7 km, I still only see solar wind. 67P is holding its breath waiting for us? @Rosetta_RPC @ESA_Rosetta #CometLanding

Only a few km to go and still very low density. Seems I am going to rest in a quiet place. #GoodbyeRosetta #CometLanding

Sharp plasma density drop 10-15 minutes before impact, exciting!! Thank you dearest RPCLAP, @Rosetta_RPC and @ESA_Rosetta from all of us

The last housekeeping telemetry packet received from #Rosetta-Alice was at 10:39:00.6, just a few seconds before impact.#CometLanding v2.0

But today is really more about the moment than about the data. As usual, artists were inspired...

LOOK AT THE AMAZING PLUSH COMET THAT MATTIAS MALMER @3Dmattias MADE pic.twitter.com/sTEkOMr35v

#Rosetta, is that you? #CometLanding

When @chrislintott and I saw these images from the final Rosetta cartoon, we both needed hugs. https://t.co/QjmFEAwx4V pic.twitter.com/BUBGkIkzXh

Data from these last hours will trickle out slowly, over time. The final NavCam images were taken right after the final maneuver. This is the last view ever taken by Rosetta's NavCam: 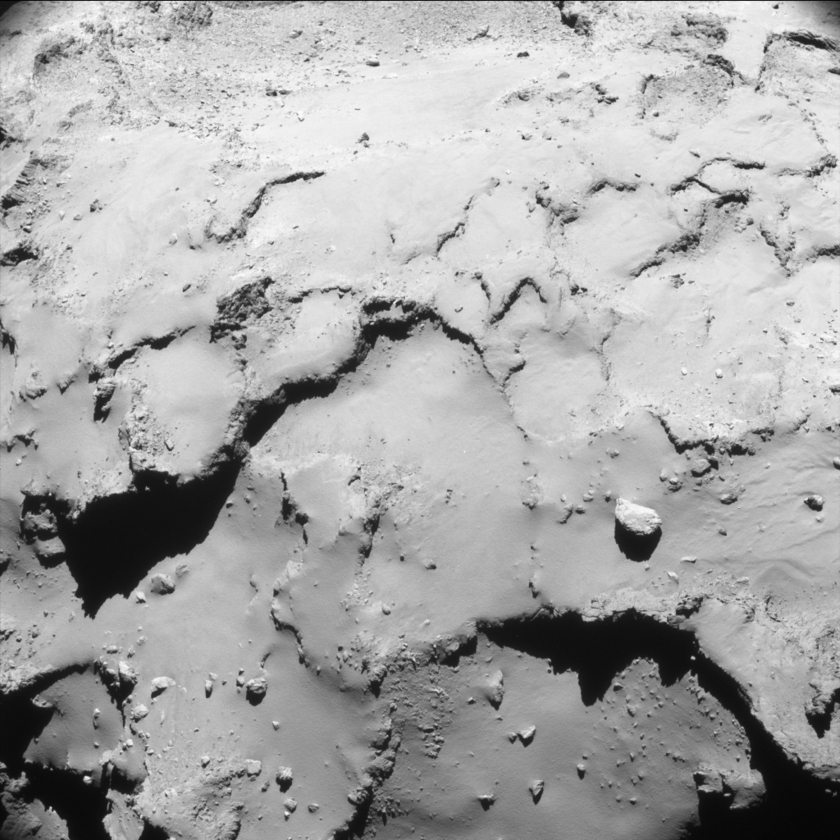 After firing its rockets to send the spacecraft on an impact trajectory, Rosetta captured five NavCam images to help navigators predict its final path. This is the final NavCam image of the mission. Taken on 30 September 2016 at 00:59 UTC, when Rosetta was 17.4 km from the center of the nucleus of Comet 67P/Churyumov-Gerasimenko, about 15.4 km from the surface. The scale at the surface is about 1.5 m/pixel and the image measures about 1.5 km across.

And here is one of the OSIRIS images taken midway through the descent. 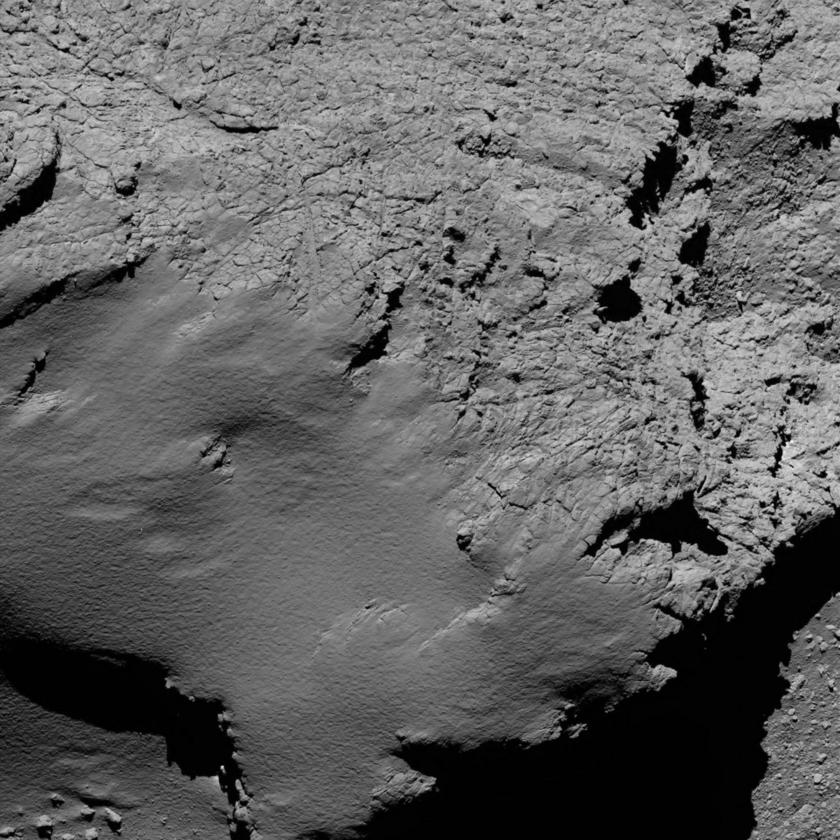 This OSIRIS image was taken early in Rosetta's final descent toward the comet, at 06:53 on 30 September 2016, from a range of 8.9 kilometers. It features the two main kinds of terrain on the comet: rocky-textured, fractured material, and smooth, dust-covered material. When fully enlarged, the image has a resolution of 17 centimeters per pixel.

I'll post more pictures and facts later. For now: Farewell, Rosetta. You were a good spacecraft.

Always a punch in the gut. At least with a craft like NH, long after its final flyby you still have the knowledge that it's still alive out there, slowly drifting into the void...

It's a very sad day indeed but all good things must come to an end. Philae and Rosetta have definetly deserved a place in our hearts . May they rest in peace...

This makes me feel so sad.... Thank you Rosetta, for all you have given us.

OMG this is so emotional! :(

Hi Emily, Thanks for this summary of sentimental tweets! There was also recently more extensive maps of 67P which include the southern hemiduck: http://blogs.esa.int/rosetta/2016/09/29/comet-landscapes/ These 67P maps of regions need more review for accuracy There are errors see: http://marcoparigi.blogspot.com.au/2016/10/anuket-sobek-border-confusion.html There is considerable public and scientific interest and confused maps will translate to confusion about remodelling and confusion about processes.

We're all sorry to see R. perish; but overjoyed to read the messages it sent our way.