One year ago today, The Planetary Society's LightSail 1 spacecraft launched into orbit and transmitted its first signals back to Earth, kicking off a three-and-a-half week mission to test the CubeSat's critical functions and deploy a 32-square-meter solar sail.

Now, the program stands on the brink of another major milestone, as engineers prepare for a full systems test of LightSail 2, a successor CubeSat that will attempt the first controlled solar sail flight in low-Earth orbit. 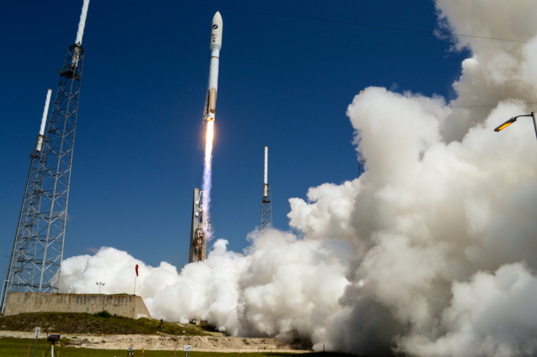 On Monday, May 23, engineers will command LightSail 2 through its day-in-the-life test, which simulates all critical functions of the spacecraft's mission. The test will take place at Cal Poly San Luis Obispo on California's central coast.

"We learned a remarkable amount from the test flight of LightSail 1," said Dave Spencer, the team's project manager who also serves as the principal investigator for LightSail's partner spacecraft, Prox-1. "In addition to validating the approach for sail deployment, we documented a number of lessons learned regarding the spacecraft subsystems that we are addressing for LightSail 2. The key advancement for the LightSail 2 mission is the ability to control the orientation of the solar sail and shape the orbit by harnessing solar radiation pressure."

Monday's test will be the first opportunity to see how all of the enhancements made after the LightSail 1 mission work in a full, simulated mission environment. Individual spacecraft components have already been tested, but during the day-in-the-life test, the engineering team will largely be hands-off as the spacecraft cycles through its automated software sequences.

At about 10:30 a.m. PDT, LightSail 2 will be powered on inside a Cal Poly clean room, simulating the moment it is ejected from Prox-1. After a timed delay, the spacecraft's antenna will deploy and begin transmitting telemetry.

Telemetry will be received over-the-air by Cal Poly's ground station—the same system that will communicate with LightSail 2 in space. One year ago, Cal Poly received the first two telemetry packets from LightSail 1 as it zipped overhead on its first orbit around the Earth.

WE HAVE DATA! #LightSail pic.twitter.com/JTUMouZXst

The team will simulate a typical ground station pass and analyze the health and status of the spacecraft. LightSail 2 will be cycled through some of its attitude control modes, which stabilize the spacecraft and orient it toward the sun for solar sailing. After that, the CubeSat's dual-sided solar panels will be commanded open. These panels hinge outward to expose the inside of the spacecraft, clearing a path for solar sail deployment.

In the afternoon, LightSail 2 will be transported from the clean room to a large high-bay area, where it will be mounted in the center of its sail deployment table. Following more status checks and a final go/no-go poll, the spacecraft's metallic booms will unwind, tugging four Mylar sails out of the unit's storage compartments. Deployment typically takes just two or three minutes.

During the deployment sequence, LightSail's onboard cameras will capture a series of images, which will be transmitted through the Cal Poly ground station. In June 2015, following a successful solar sail deployment, LightSail 1 transmitted a solar sail selfie back to Earth. In honor of the spacecraft's one-year launch anniversary, we're releasing a new color-corrected version of that image by Dan Slater: 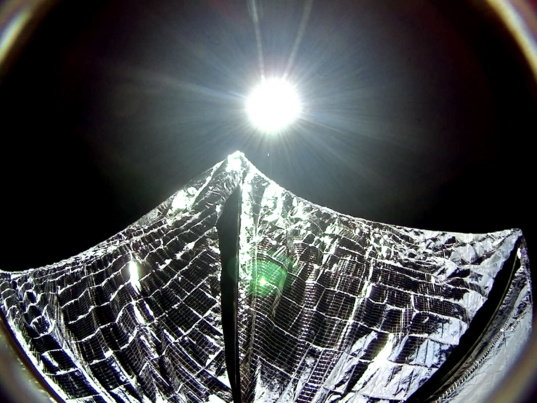 Following Monday's deployment, the sails will be inspected, detached, and carefully folded back into the spacecraft. In early June, LightSail 2 travels to Utah State University's Space Dynamics Laboratory for final attitude control system calibrations (the tests were initially scheduled to occur prior to the day-in-the-life test). Final environmental testing is expected in late June, with shipment for integration into Prox-1 now scheduled in July.

LightSail and Prox-1 are scheduled to launch on the first operational flight of SpaceX's Falcon Heavy rocket. A launch date has not yet been scheduled, but the Falcon Heavy may debut on its demo flight later this year.

Barbara Plante, LightSail's systems engineer, was one of just two spacecraft team members present at Cape Canaveral for liftoff. I called to ask her what she remembered about that day.

"I was just really excited about LightSail because it was a small, tight team," she said. Throughout her career, she's worked on much larger missions, including Ikanos 1, a commercial Earth observation satellite that launched in 1999.

It turns out Plante has lived through one of the worst launch day scenarios: Ikanos 1 failed to reach orbit after its payload fairing didn't separate.

"I seem to remember that it landed in a very deep part of the sea," she laughed.

Just before the LightSail launch, she remembers feeling cautiously optimistic. "I felt a lot of responsibility," Plante said. "I felt my skin tingling when the launch went off. It was The Planetary Society doing it; not big aerospace."

Despite all the glitches LightSail 1 encountered, the spacecraft met its primary mission objectives. But for LightSail 2, the stakes are higher, and Monday's day-in-the-life test is an important step toward making sure that the next launch day goes as smoothly as the first.

Will there be a live coverage of the test on monday?