For The Planetary Society’s LightSail spacecraft, having a successful mission means a lot of things have to work right. From hardware to software, there are potential pitfalls every step of the way. But one piece of equipment—a tiny coil of wire wrapped smaller than an average drinking straw—is so mission-critical the team has decided to install a backup.

Meet LightSail’s burn wire, a small coil of Nickel-Chromium located in the spacecraft's aft compartment. The burn wire is responsible for releasing the spacecraft’s hinged solar panels, which are tied together with a fishing line-like material called spectraline.

The spectraline loops through the burn wire. When it's time to deploy LightSail's solar panels, the wire gets a 2-Amp jolt of power and heats up, burning through the spectraline and causing the panels to swing open.

If the burn wire fails, the entire mission could be lost. LightSail's panels must deploy in order to clear a path for the spacecraft's solar sails. To help prevent such a catastrophe, Ecliptic Enterprises Corporation, LightSail's primary contractor, is installing a second burn wire on a separate circuit that will activate right after the first.

"The point of the redundant circuit is to replicate what the primary circuit does," says Stephanie Wong, an Ecliptic systems engineer overseeing testing of the new design. “The sequence will first burn the primary circuit, and after that is finished, the secondary circuit will burn."

The most likely cause of a failed burn wire is physical damage during launch. When SpaceX’s Falcon Heavy rocket shakes the spacecraft during its ride to orbit, the solar panels tug on the spectraline, stressing the burn wire. During LightSail 1 vibration testing—meant to simulate the stresses of an Atlas V launch—the spacecraft's burn wire broke, prompting a last-minute redesign by Ecliptic. That redesign included bonding the burn wire to the spacecraft in two new places, as well as threading the spectraline between opposite, rather than adjacent, solar panels.

Subsequent vibration tests showed the redesign worked, and LightSail 1 was a success. But the risk tolerance for the test mission was much higher—LightSail 2 is the big show. A single burn wire is a single point of failure—a situation the team would like to eliminate.

Here's a schematic of the new, dual-burn wire configuration: 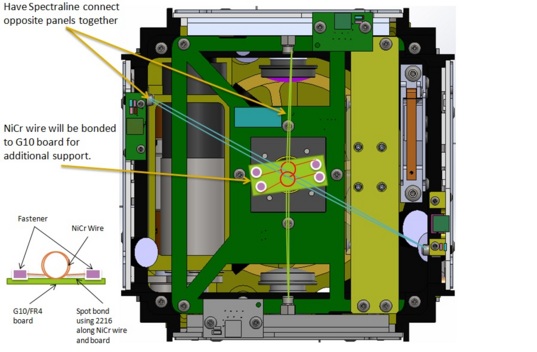 And here's Stephanie Wong's testing mockup at Ecliptic. The team says the bracket has a "dog-bone like shape." 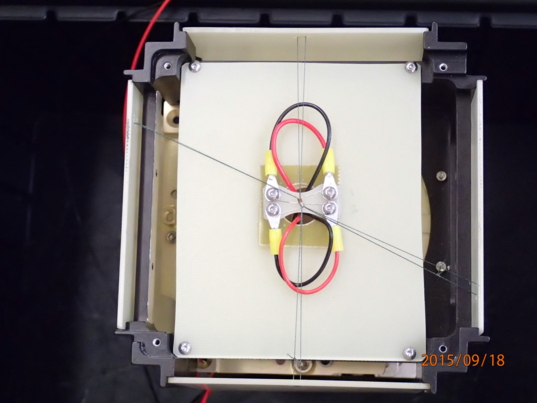 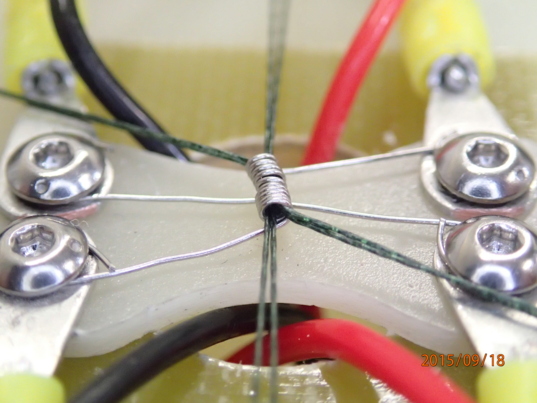 Wong has already completed five burn-through tests on the mockup unit, all with good results. The average time required to burn through the spectraline with a 3.7-volt, 2-amp load of electricity is just 1.14 seconds.

Congratulations on the success! That redundancy at that point is a great idea.

the smoke escaping the chassis could, in space, sublimate on the camera lens and fog the pics.

Jason, Thank you for the updates, your posts are interesting and informative. Were you guys (or the primary payload) concerned at the high cvcm of spectra line?