LightSail Mission Managers have split the spacecraft’s sail deployment sequence into two segments, following an extended camera checkout period that wrapped up Tuesday. On Wednesday, the CubeSat's deployable solar panels will be released, followed by an additional imaging session to verify all systems are go for sail deployment. The deployment itself is now targeted for Friday morning, during a ground station pass that begins at 12:47 p.m. EDT (16:47 UTC).

When LightSail reached orbit, its solar panel deployment switches had been triggered, indicating the panels were possibly ajar or deployed. The four hinged panels are designed to open outward, clearing a path for solar sail deployment and positioning the onboard cameras for imaging.

Test images downlinked Tuesday morning showed the panels are still stowed. But the amount of sunlight inside the spacecraft shows the panels may have tugged loose against the fishing line-like restraining wires that hold them in place prior to deployment.

The deployment switch indicators, which remain tripped, are the primary method of confirming the panels have moved out of the way before the sail booms begin to extend. Without this safeguard, engineers decided to deploy the panels early and capture additional test imagery. An all-clear photograph should show the blackness of space, stars or Earth. The first new image could be on the ground by late afternoon tomorrow, if everything goes according to plan.

Under normal conditions, LightSail's solar panels also help prevent sail material from billowing out of the spacecraft's storage cavities. Mission managers determined the risk of deploying the sails with the panels closed was greater than the possibility of unwanted billowing. Since the panels are no longer flush agains the spacecraft, it is likely any gas trapped inside the sail compartments has already had a chance to bubble out into space.

LightSail’s additional camera checkout phase also gives the team a final chance to test the end-to-end imaging sequence before the big show this Friday. At Ecliptic Enterprises Corporation, LightSail’s prime contractor, an analysis of the images has revealed several discernible parts of the aft storage compartment, which measures just 10 by 10 by 5 centimeters. 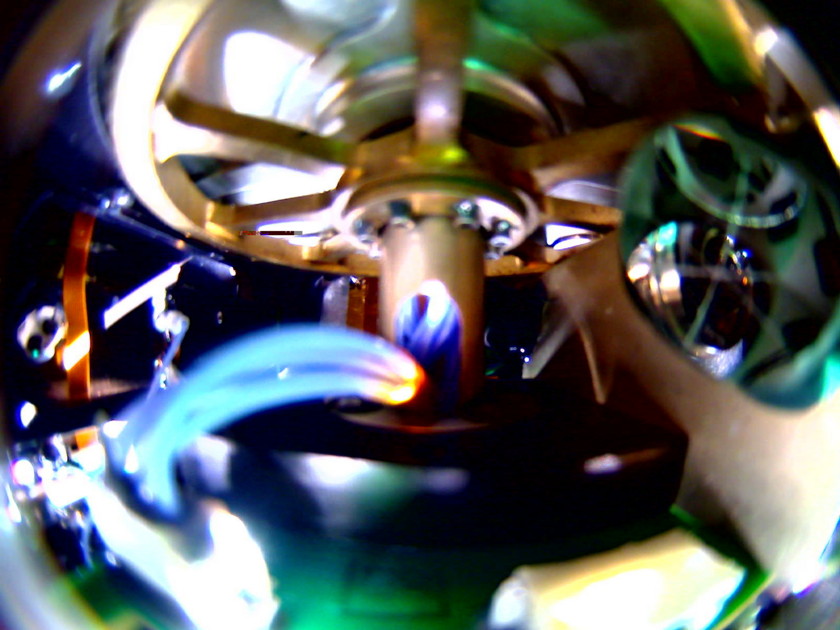 This test image of the LightSail 1 spacecraft's aft compartment was captured during the mission by an onboard camera. There are two cameras mounted on LightSail's deployable solar panels, which face inward until sail deployment. The wheel in the center top of the image is part of the sail deployment motor. 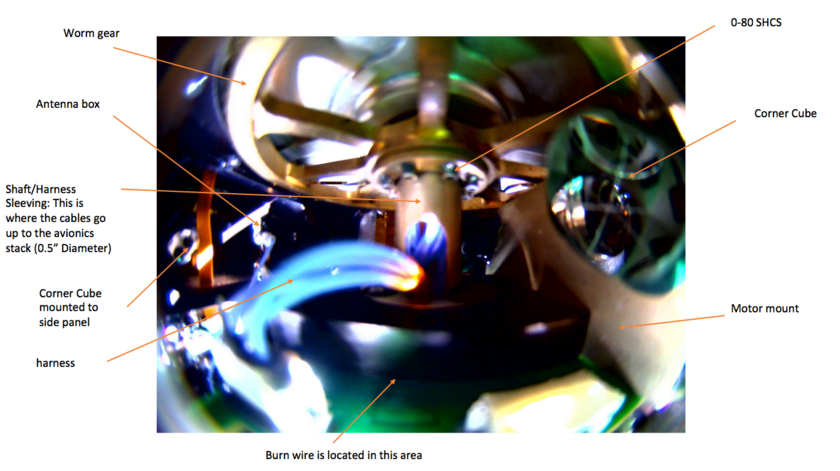 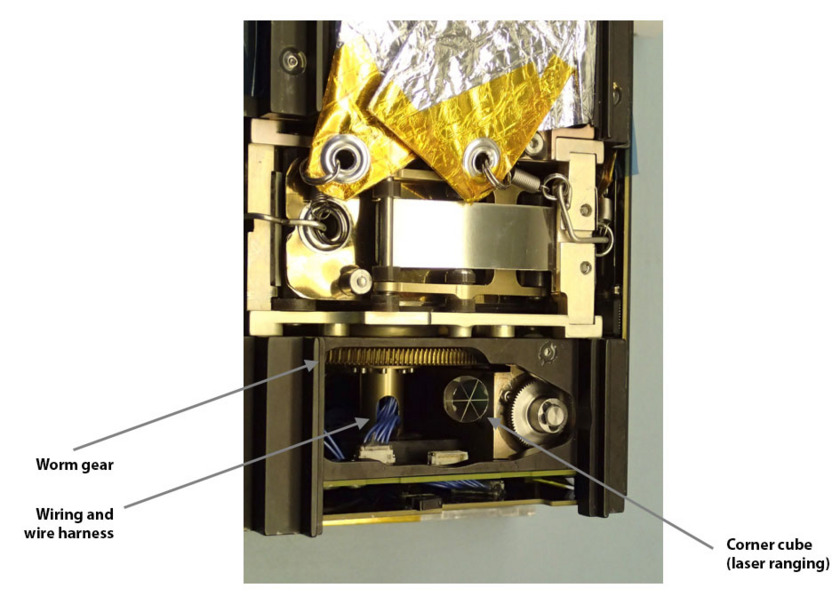 On Thursday, all images will be cleared from LightSail’s cameras, and a final go/no-go deployment decision will be made. The sail sequence would begin during a Cal Poly ground pass starting at 12:47 p.m. EDT. The spacecraft comes into range northwest of Seattle, passing below Kodiak Island, Alaska. Radio contact will last about 17 minutes as the LightSail slices across the midwestern United States. Georgia Tech will pick up the signal next, and coincidentally, LightSail will pass almost directly between the Earth and sun as the sails unfurl.

The first indication the sail sequence has started should come from the spacecraft’s automated telemetry signals, which include a motor revolution count for the boom system. The next few orbits will be used to check LightSail's health and status, transfer imagery from the cameras to flight computer, and begin sending home to Earth.The last contact of the day comes during a Cal Poly ground pass at 4:16 p.m. EDT (20:16 UTC). By then, the team hopes to have at least part of a sail image on the ground. If not, the next series of ground pass orbits begin at 2:45 a.m. EDT Saturday.

Great news, thanks Jason! In the photo captions above, you should clarify WHEN those photos were taken. It could be interpreted as taken in orbit, when I think these were actually taken on the ground.

The top two images are the same -- that's the inside of the spacecraft, captured in orbit! Good idea about adding the time in the caption. The bottom was taken in the lab at Ecliptic.

Thanks for the update, Jason!

As a public supported effort there must be better explanations on the project teams’ decision making process and overall mission timetable. After launch, I had to look on another website to learn that sail deployment wasn’t going to happen for weeks. This was not clear anywhere and only subtly noted on the mission control map, which confusingly displays a fully deployed sail as the icon. What is the single, primary objective of this test flight? I am sure there is a good explanation but I have been unable to clearly find one. I believe it would be sail deployment but given the blind cosmic luck that restarted the platform, why would we even hesitate to deploy sails now? What is gained by waiting for another issue to jeopardize this test? I am sure there are great explanations, but cannot find any here.

My luck is as good as Lightsail's as I now see there is the current thinking for a staggered deployment. While I don't agree that we should stage the panels and sail deployment over days, I must say that is the best explanation since we started this mission. Please continue to give such detailed information in the future as we are all in this together. Thank you

Best Wishes for Future Success. I'm not going to second guess the people doing the work. I'm sure there is much more involved than Jason can report. G.

Painfully slow but considering this is a flight test and the vehicle is a test bed with the issues we've had, lets stay as we are on the plans. Friday will be here soon enough.

My understanding is that the "go slow" method is based on at least two considerations: 1) There are very few ground stations, so one has to wait until the satellite is near enough to one to communicate. This can take many orbits in order to get data from the craft -- and then -- on *another* later pass of a ground station, send commands based on considered interpretation of that data; and 2) There are specific sequences that must take place in their exact order -- where, if one were to barge ahead, unrecoverable mistakes could be made. Data from the camera(s) can help guide the sequencing, given the current unusual state of the craft (solar panel switches show *unexpected* deployment.)