Editor's note: this is the second of a three-part series by HiRISE principal investigator Alfred McEwen. In part one, we showed you five of Alfred's favorite stereo anaglyphs. We continue with five more in part two.

There are around 20,000 images from the Mars Reconnaissance Orbiter’s HiRISE (High Resolution Imaging Science Experiment) camera are available on the University of Arizona’s HiRISE website. Hundreds of those were acquired as a result of public suggestions made using HiWish.

Many of these are actually stereo pairs, for which MRO pointed at the spot twice on different orbits and at different angles for HiRISE to image. Red-blue/green stereo anaglyphs for each of these are linked below, so get out your red-blue or red-cyan glasses.

Listed below are some of my favorite recently-acquired stereo anaglyphs, from 2011 and 2012. To really appreciate the full detail in these images you need to download the HiView tool. It takes a bit of time and effort to get this working (hint: follow the directions), but then you can quickly browse, zoom, pan, and stretch these enormous images to really appreciate their content. The HiWish user names are usually the full names of the individuals that requested the image, some of whom are planetary scientists. 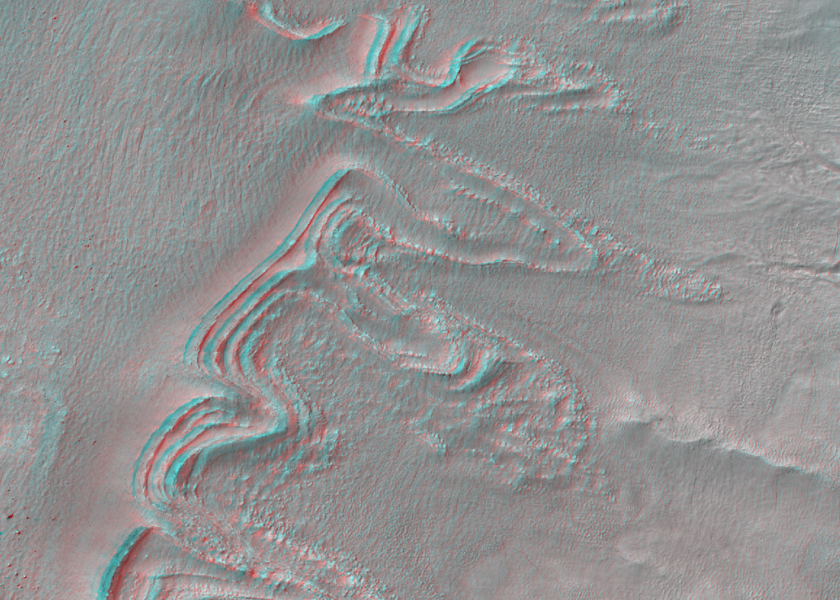 Concentric arcuate ridges at base of crater walls

Original caption by Dan Berman, Planetary Science Institute: This Southern mid-latitude crater is typical of other small craters in this latitude band, containing both gullies on its walls and arcuate ridges at the base of the walls.

These features appear inter-related and their orientation on the crater wall can be associated with the latitude of the crater. Craters at latitudes between about -30 and -44 degrees (in the Southern hemisphere) typically have pole-facing gullies and curved ridges. Craters at latitudes between -44 degrees and -60 degrees (as is this one at -47 degrees) typically have these features on equator-facing walls, or on the east and west walls. This is thought to relate to changes in the obliquity of Mars.

These features likely formed during a period of high obliquity (tens of millions of years ago). During this time, it is thought that snowfall was deposited in these mid-latitude regions, and the high tilt of the planet led to higher degrees of solar insolation on the different crater walls, causing the snow to melt and form gullies. The arcuate ridges are thought to be moraines, or remnants of snow-packed ice flowing down the crater wall and onto the crater floor. HiWish user: Jay Dickson. Original HiRISE anaglyph 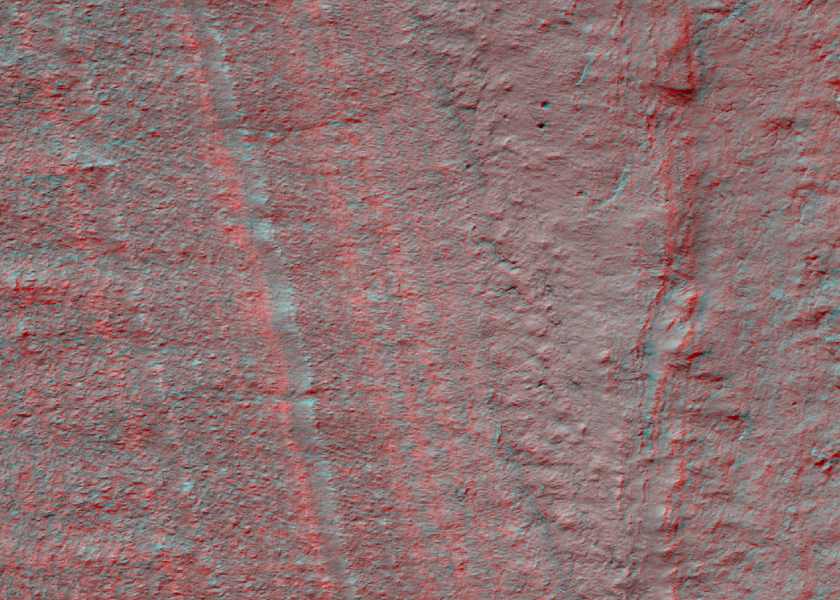 The faults are where the layers are disrupted and offset. HiWish user: Luca Guallini. Original HiRISE anaglyph 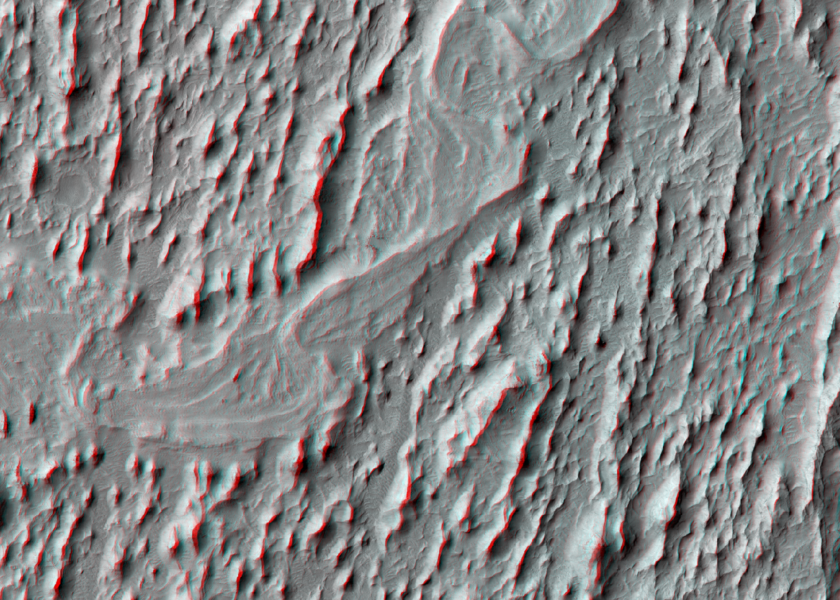 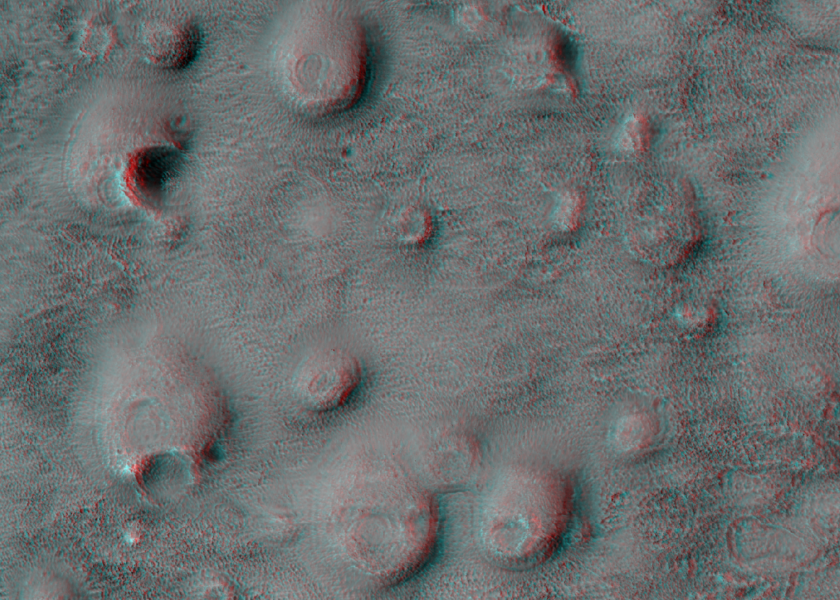 These mounds with summit craters may be “mud volcanoes”, which are really sedimentary structures rather than volcanoes. HiWish user: Edwin Kite. Original HiRISE anaglyph 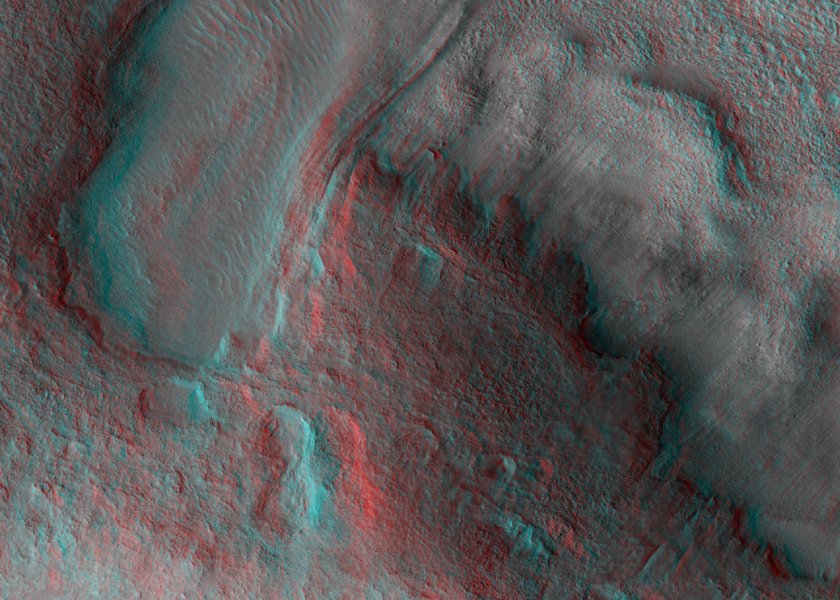 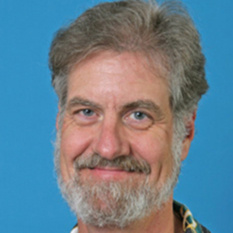 Thanks for the images and some science input. Any idea on the ice depth and is there any clue possible based upon return of the type of ice that is?