Development of the OSIRIS-REx Sampling System: TAGSAM and the SRC

In addition to continued progress in the building the OSIRIS-REx spacecraft and scientific instruments, the team at Lockheed Martin has been busy assembling and testing two key components of the system. The Touch-and-Go Sample Acquisition Mechanism (TAGSAM) is the device that satisfies all sample-acquisition requirements. TAGSAM consists of two major components: a sampler head and an articulated positioning arm. The head acquires the bulk sample by releasing a jet of high-purity N2 gas that “fluidizes” the regolith into the collection chamber. The articulated arm positions the head for collection, brings it back for visual documentation, and places it in the Stardust-heritage Sample Return Capsule (SRC).

During this final phase of system development, we are simultaneously building two TAGSAM units: the flight unit and the qualification unit. The two units are identical in every way. The qualification unit is put through a series of tests to verify that it meets all mission requirements. The flight unit will only see the tests after it is integrated onto the spacecraft and is kept in a clean location throughout most of ATLO. 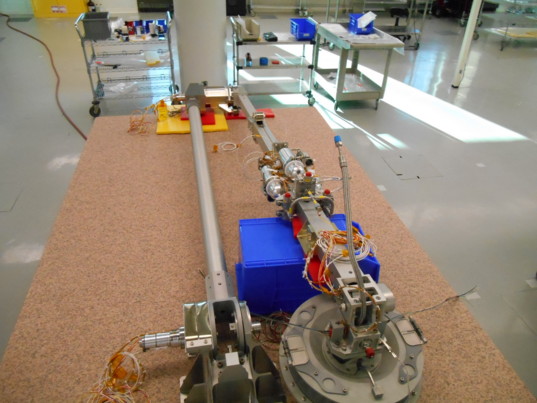 The TAGSAM qualification unit is built and is being tested over a range of environmental conditions.

The first tests for the TAGSAM qualification unit are the functional tests. These tests demonstrate the complete range of motion for the arm at a nominal voltage (the spacecraft voltage will vary over the course of the mission, depending on the power from the solar arrays). In order to compensate for the acceleration due to gravity at the surface of the Earth, we have to offload the arm. We achieve this using a Big Arial Balloon (BAB), which is exactly what it sounds like – a giant balloon filled with Helium and attached via a ground-support fixture to the TAGSAM arm. We just recently completed TAGSAM arm deployments on the BAB with full alignments and load cell measurements. We have also completed the launch cover deployment test, which verifies that the protective cover can be ejected from the spacecraft, once we arrive at Bennu. We are now preparing for vibration testing, thermal cycling, and restraint release testing. 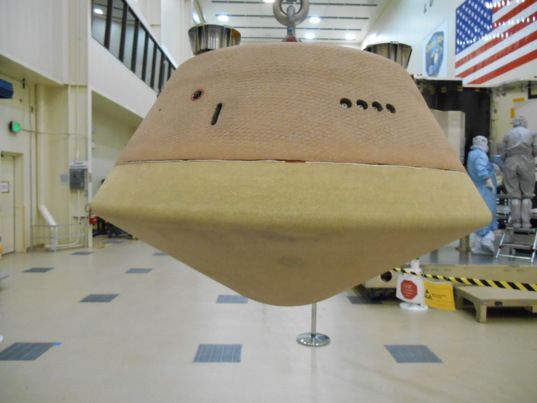 The Sample Return Capsule (SRC) backshell and heat shield have been integrated.

In parallel to these activities, the team is building the flight SRC. With the components in house, we have updated the SRC mass properties and shown that the SRC is spin balanced, allowing for stable passage through the atmosphere during re-entry. This test is also used to verify that the g-switches activate at the appropriate time during the descent through the atmosphere. These switches sense when we have reached a critical deceleration and then release the parachute. They are thus critical to the safe delivery of Bennu samples to Earth. We are also finalizing the test configuration for our SRC separation test, which verifies that the spacecraft can release the SRC and target the correct atmospheric entry point. It is great to see these components progressing according to plan – giving me great confidence in our ability to achieve mission success. 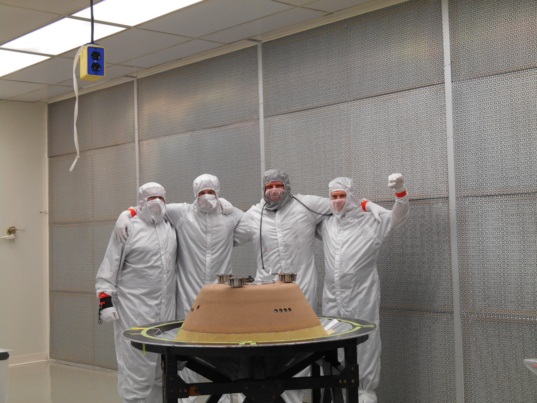