Planetary Society members have reason to celebrate today, with the on-line publication in the magazine Science of the discovery of a new pulsar by three citizen-scientists working with Einstein@home, a descendant of the SETI@home project.

Daniel Gebhardt of Mainz, Germany, and husband-and-wife team Chris and Helen Colvin of Ames, Iowa processed data collected by the Arecibo radio observatory with the Einstein@home software to uncover the signal of an undiscovered pulsar. It's an unusual sort of pulsar, the surviving partner of a once-binary star system that is spinning once every 0.0245 seconds -- the fastest pulsar known of its type.

Society members made SETI@home happen when they donated the money to get the project off the ground 12 years ago. Since then, the software that powered SETI@home in its search for signals from an extraterrestrial civilization has evolved into an open-source software called BOINC. BOINC is now used by many scientific investigations to harness the computing power of volunteers to process vast amounts of data. 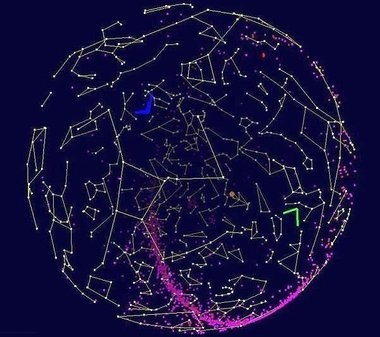 Here's the abstract from the Science paper announcing the discovery: "Einstein@Home aggregates the computer power of hundreds of thousands of volunteers from 192 countries to "mine" large data sets. It has now found a 40.8-hertz isolated pulsar in radio survey data from the Arecibo Observatory taken in February 2007. Additional timing observations indicate that this pulsar is likely a disrupted recycled pulsar. PSR J2007+2722's pulse profile is remarkably wide with emission over almost the entire spin period; the pulsar likely has closely aligned magnetic and spin axes. The massive computing power provided by volunteers should enable many more such discoveries."

You can read more about the new pulsar and its discoverers on Alan Boyle's Cosmic Log.

Planetary Society members can be proud that they made this happen.