From October 2007 to June 2009, Japan’s SELENE (SELenological and ENgineering Explorer) mission orbited the moon. The mission consisted of three spacecraft. The largest was better known by the nickname the public had chosen for it: Kaguya, honoring a lunar princess of Japanese legend.

During its expedition, the SELENE mission returned a wealth of scientific information from its polar orbit, such as the most detailed map of the moon’s gravity field ever obtained up until that time.

The Kaguya spacecraft also carried cameras, including one with a pair of 2.2 megapixel HDTV sensors that captured the first high-definition video from the moon. Thanks to this clear-eyed video camera, many of Kaguya’s images—especially the shots showing the Earth rising and setting at the lunar horizon—are moving in both senses of the word.

Now the Japanese space agency, JAXA, has publicly released the entire data set from Kaguya’s HDTV cameras. The iconic views are all there...plus some gems that haven’t been widely seen before. One reason they weren’t previously released may be that some of them are “marred” by lens flare and other imperfections, but I think such things lend interesting visual texture and context to the images and videos.

Enjoy a few examples below, then visit the Kaguya HDTV Data Publication System website if you want to explore further.

More than seven years after Kaguya’s planned impact on the lunar surface, it’s good to have these fresh visions, courtesy of the moon’s brave princess. 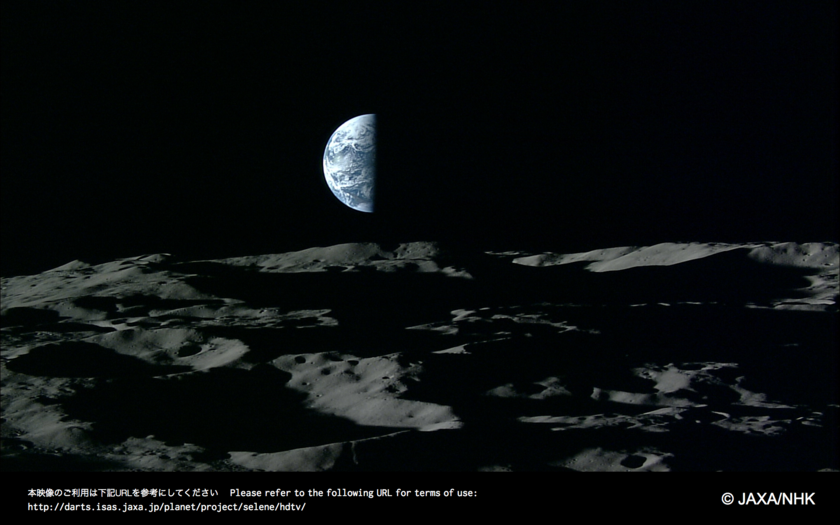 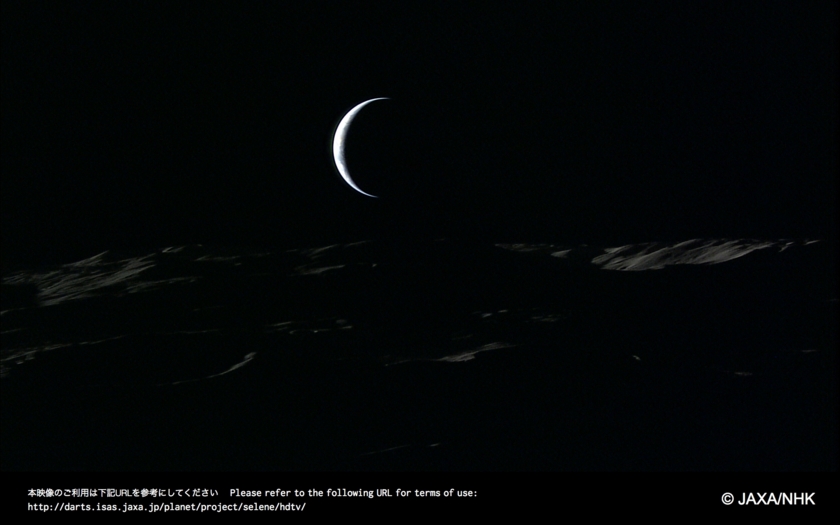 The Kaguya spacecraft acquired this image of a crescent Earth beyond the horizon of our Moon on February 24, 2008. 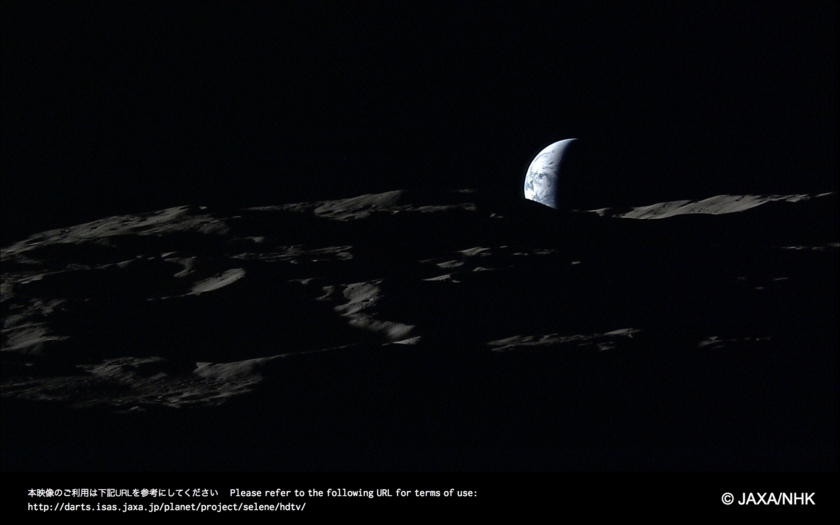 In this still shot from the HDTV camera aboard the Kaguya spacecraft, the Earth appears to set below the lunar horizon as the spacecraft moves around the moon in its polar orbit. This view comes from an altitude of about 100 km in January 2008. 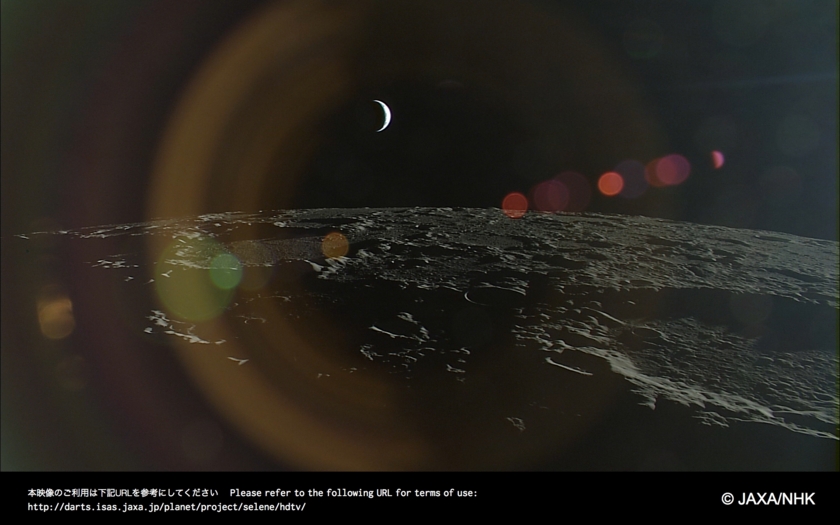 Earth from Kaguya, with lens flare

Lens flare from the sun adds texture to this view of Earth above the moon’s horizon, as seen by Japan’s Kaguya spacecraft in August 2008.

The Earth sets in the glare of the sun in this rarely-seen video from the Kaguya lunar orbiter in October 2008.

Despite the lens flare, this video from Kaguya’s HDTV camera in November 2007 reveals a lovely Earthrise, followed by the rise of a star-like Venus. This video has been sped up to twice its original pace.

As it passes below the south pole of the moon in November 2007, JAXA’s Kaguya spies the Earth in the distance. This video is usually presented with the Earth above the moon’s horizon, but has been inverted here to show north as up.

Years ago when these videos were first released, someone posted a version on youtube that had the most beautiful choral background music to it. It was utterly chilling to watch in HD and hear. I have searched tirelessly to find this video with no luck. I'm sure I didn't imagine it but I would love if some else can remember this and where we might be able to find.

Perhaps you mean this one: https://www.youtube.com/watch?v=si0sDLnkY9c with music from Enya (Water Shows the Hidden Heart)? Not a real 'Earthrise' but very nice, nonetheless.