How Well Does Earth Understand the Impact Hazard?

July 1994 was a sobering time for planetary scientists. That’s when fragments of comet Shoemaker-Levy 9 slammed into Jupiter, creating Earth-scale “powder burns” in the planet’s atmosphere that could be seen even with backyard telescopes. The score of impacts over a week’s time served to remind us that impacts from asteroids and comets are a real threat to life on Earth. 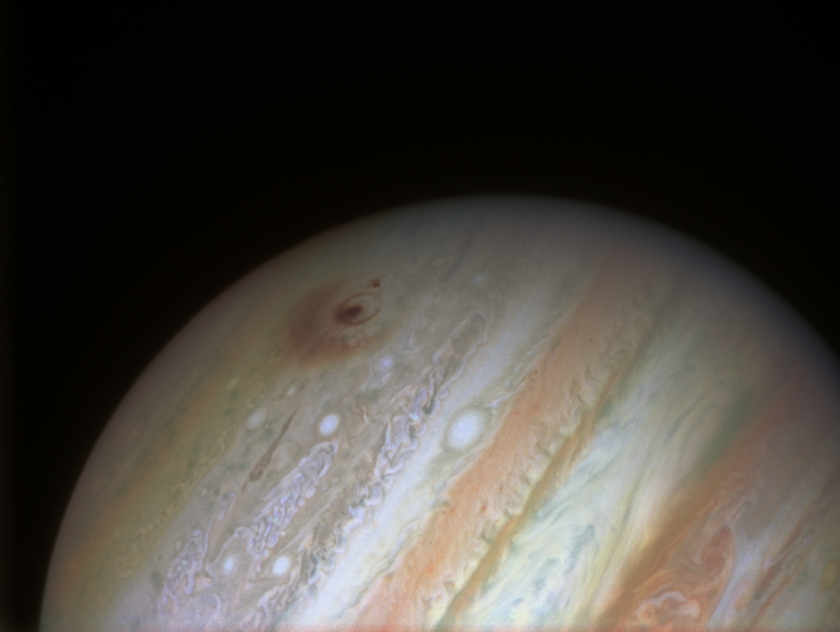 Fragments of comet Shoemaker-Levy 9 crashed into Jupiter over a period of several days in July 1994. The relatively fresh fragment G impact on 18 July produced the concentric set of scars: an inner dark circle, an outer thin ring, and an outermost diffuse ring. Fragment D, which impacted 2 Jupiter days prior, is responsible for the small dark circle above the fragment G scars.

That same year, the U.S. Congress tasked NASA with discovering 90 percent of all nearEarth objects (NEOs) larger than 1,000 meters within a decade. Such an object, were it to hit our planet, would cause continent-scale devastation. Fortunately, telescopic searches accomplished this goal in a little more than a decade. Then, in 2005, Congress issued a new challenge to NASA: discover 90 percent of NEOs with diameters larger than 140 meters by 2020. Colliding with an asteroid of this size would likely cause significant damage over a large region of a single continent or create a tsunami of unprecedented devastation were it to strike an ocean.

As the deadline for this congressional mandate approaches, observers have cataloged only about a third of the estimated 25,000 NEOs larger than 140 meters and will almost certainly fall short of the 90 percent goal by next year. However, it’s not for lack of trying. In fact, between 2009 and 2014, Congress increased NASA’s budget for NEO searches tenfold–from $4 million to $40 million. However, objects this small are usually spotted only when they pass close to Earth, and it takes many years for all of them to be spotted with existing technology. 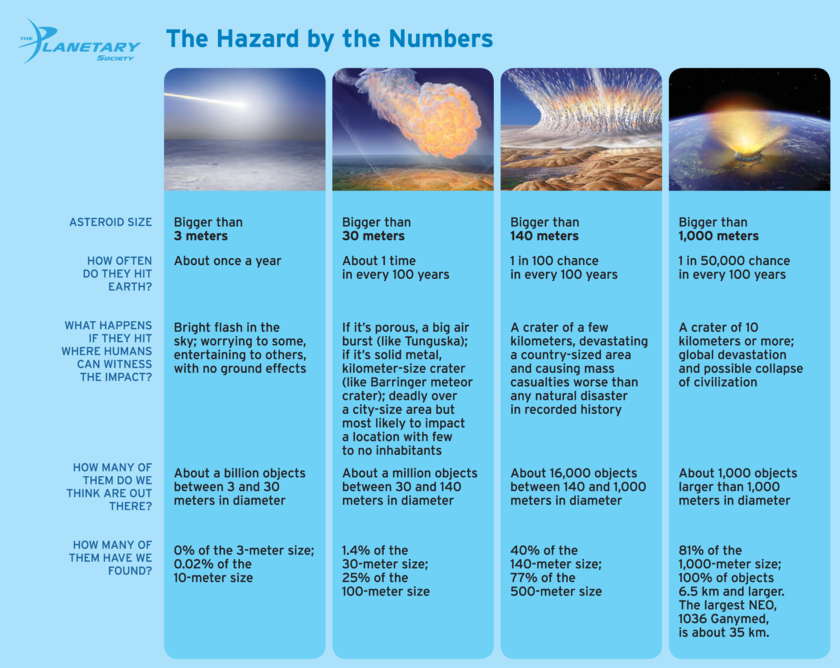 Illustrations: Don Davis; Emily Lakdawalla and Loren A. Roberts for The Planetary Society

Leading these discovery efforts are 3 ground-based searches. The Catalina Sky Survey, based at the University of Arizona, has discovered roughly 50 percent of the 20,000 known NEOs. The University of Hawai‘i runs a program called Pan-STARRS (short for Panoramic Survey Telescope and Rapid Response System) that has found about 5,000 objects.

Complementing these two large surveys is ATLAS, the Asteroid Terrestrial-impact Last Alert System, whose 2 telescopes on the island of Maui cover 25 percent of the entire sky every clear night. Those scans serve as an early warning system because they’re able to spot asteroids as small as 30 meters across that are within 1.5 million kilometers (a million miles) of Earth.

Once a NEO is discovered, it’s critical to determine its orbit with enough precision to be able to predict where it’ll be for decades into the future. Many NEO discoveries are followed up by other instruments ranging from huge professional telescopes to modest backyard setups operated by amateur astronomers.

Sometimes, objects in Earth’s vicinity can be observed using radar, particularly the 70-meter-wide dish at NASA’s tracking station at Goldstone, California and the 305-meterwide dish at Arecibo Observatory in Puerto Rico. By bouncing microwaves off the surface of nearby asteroids, astronomers can measure precisely how far away they are and how fast they’re passing by, key factors in refining their orbits.

More Than Just a Dot

While surveys discover what’s out there, follow-up observations can characterize NEOs to determine of what they are made, how fast they spin, and something about their size, shape, and reflectivity. For example, merely recording how an object’s apparent brightness changes with time can yield its spin rate. Astronomers have found that the fastestrotating NEO spins once every 16 seconds, and the slowest takes more than 78 days to finish one round on its axis.

Most observations cannot resolve NEOs, so they appear as star-like dots in images. However, radar-equipped radio telescopes can create “maps” of the radar echoes’ roundtrip time vs. Doppler shift, pseudo pictures that reveal an asteroid’s size, shape, spin rate, surface properties, and even surface features such as craters. The giant Arecibo dish has the most powerful radar system in the world, but it can only see a fraction of the sky. NASA’s Goldstone radar system, though smaller and less powerful, can observe a larger swath of sky. Together, these facilities typically observe roughly 100 NEOs per year.

Two other key characterization assets observe passing objects at wavelengths beyond the range of human vision. NASA’s Infrared Telescope Facility (IRTF) atop Mauna Kea in Hawai`i uses a workhorse instrument called SpeX to record the near-infrared wavelengths reflected from an asteroid’s surface. These spectra reveal the composition of passing NEOs.

The second asset is NASA’s NEOWISE spacecraft. Originally an astrophysics mission dubbed the Wide field Infrared Survey Explorer (WISE), it once observed the entire sky in 4 infrared bands. Once WISE’s coolant was depleted 10 months after launch, it could no longer observe at the longest-wavelength bands, but the spacecraft itself remained healthy and could still observe at 2 shorterwavelength bands in which solar-system objects radiate energy. Astronomers could combine NEOWISE’s measurements with visible-light images from ground-based telescopes to determine the diameters for nearly 200,000 different asteroids and comets, including several hundred NEOs.

Suppose an asteroid was discovered hurtling directly at Earth. What could we do to protect our planet? Space officials at NASA and elsewhere continue to debate the best ways to deflect a rogue asteroid headed our way. Some schemes involve gently nudging the object onto a path that no longer collides with Earth, while others envision breaking it up into harmless pieces.

However, no defensive strategy is “battle ready” unless it has been tested in a reallife scenario. NASA has partnered with other federal agencies such as the Federal Emergency Management Agency (FEMA) to conduct “what-if” exercises involving hypothetical impactors.

In 2017, the United Nations-endorsed International Asteroid Warning Network (IAWN) conducted a global planetary-defense exercise involving a real asteroid known as 2012 TC4 that zipped past Earth on 12 October 2017 at a distance of just under 44,000 kilometers (27,200 miles). The goal was to recover, track, and characterize TC4 as a potential impactor using a global network of observations, modeling, prediction, and communication. In all, more than 70 people representing 14 countries participated in the exercise.

Unfortunately, at that time, the Arecibo radar system was offline due to damage it sustained just weeks earlier during Hurricane Maria, and the IRTF in Hawai`i had a power failure on the night of the flyby that prevented it from collecting observations when the object was at its brightest. The big dishes at Goldstone and at Green Bank, West Virginia collected excellent radar data. Most of the campaign was successful, with seamless coordination and sharing of results in real time. Using all the observational information collected during the exercise, scientists ran risk assessments to determine the likelihood and consequences of an actual collision. The takeaway of this real-world exercise is that the extent of damage will depend on the object’s mass and therefore its composition and size.

Building on the lessons learned from the TC4 campaign, NASA and IAWN conducted another planetary-defense exercise on 27 May 2019 with a binary near-Earth asteroid known as 1999 KW4. Unlike TC4, which was less than 20 meters in diameter, the primary KW4 body is 1,300 meters across, and its moon is 400 meters. Since its close flyby, scores of astronomers worldwide have been working to characterize this binary system and understand how to mitigate an impact from two bodies. (Earth’s cratering record shows that about 1 in 7 impacts are from binary asteroids.)

Volunteer to educate your community with our Planetary Defense Toolkit, available at planetary.org/volunteer.

Teach yourself about the hazard! Take our Asteroid Defense 101 class at courses.planetary.org.

Astronomers now realize that simply knowing the whereabouts of a threatening asteroid (or comet) is not enough. For any planetary-defense strategy to succeed, we’ll need to know as much as possible about any potential impactor.

To that end, NASA and European Space Agency have teamed up for a 2-spacecraft mission called Asteroid Impact and Deflection Assessment (AIDA). The target is 65803 Didymos, a binary NEO that consists of a main body roughly 800 meters across and a much smaller moon that circles every 11.9 hours.

The current plan calls for NASA to dispatch a spacecraft named Double Asteroid Redirection Test (DART), which will launch in 2021 and strike the asteroid’s moon in October 2022. The collision should change the companion’s orbit in a measurable way and thus help determine whether such “kinetic impactors” offer a practical means of defense. Then, if it gets funded later this year, ESA’s spacecraft, called Hera, should begin orbiting the Didymos system in 2026 and assess not only the change in the moon’s orbit after DART’s hit but also the characteristics of both bodies.

Another project awaiting funding is NASA’s NEOCam mission. With heritage from NEOWISE, this new spacecraft would be positioned at a gravitationally stable Lagrange point between Earth and the Sun. From that vantage point, NEOCam’s infrared detectors would scan ahead and behind Earth’s orbit, where ground-based observatories struggle to discover objects, and potentially find twothirds of the missing 140-meter-wide NEOs as well as large numbers of smaller objects during its 5-year primary mission. The National Academy of Sciences released a report on NEO surveying and recommended that NASA fund a space-based infrared survey telescope to accomplish the congressional mandate.

While not a spacecraft, the Large Synoptic Survey Telescope (LSST) should make major contributions to the discovery of NEOs once it begins science operations in late 2022. Funded by the Department of Energy and the National Science Foundation, LSST’s 8-meterwide optics will scan the entire observable sky several times per month using detectors that can record very faint objects. Astronomers expect it to discover large numbers of NEOs and main-belt asteroids.

Clearly, planetary scientists are working hard to achieve the congressional mandate of discovering 90 percent of all Earth-threatening NEOs, even if it takes beyond 2020 to do so. Meanwhile, they’re trying to learn as much as possible about not only those objects that might someday strike our planet but also asteroids and comets in general. Identifying those celestial threats and creating dependable ways to defend against them will be an evolving effort that extends decades into the future. However, it’s reassuring to know that the first steps are well underway. 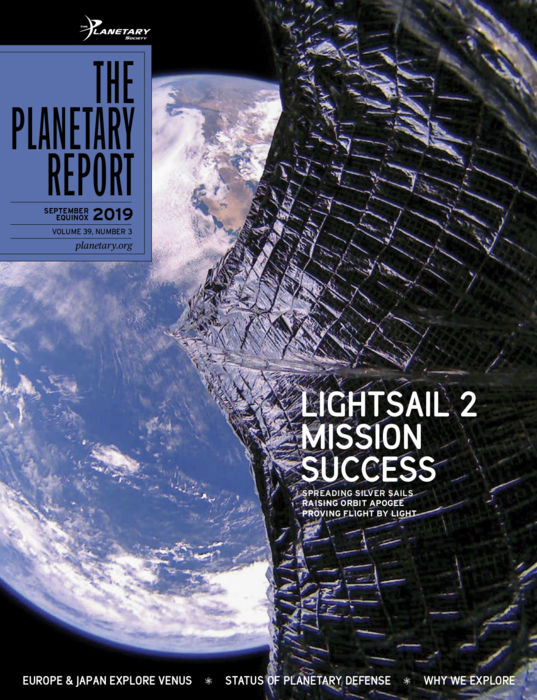 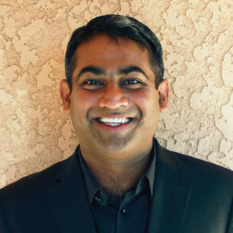 In the otherwise enjoyable article "The State of Planetary Defense" by my old observing friend Vishnu Reddy in the latest issue of Planetary Report, the University of Hawaii ATLAS system is described as "2 telescopes on the island of Maui" when it is actually one on Maui and one on Mauna Loa on Hawaii Island according to https://atlas.fallingstar.com/home.php