Help Name the Largest Unnamed World in the Solar System

It’s time to give 2007 OR10 a name. We’re asking for your help to pick a suitable name for 2007 OR10 to submit to the International Astronomical Union (IAU). The IAU formally bestows permanent names upon solar system minor planets, but the discoverers have a roughly 10-year period after the body has a well-determined orbit to suggest a name for the IAU to consider.  We have 3 naming suggestions that fit the IAU naming regulations and are associated with mythological creatures and figures that reflect aspects of 2007 OR10’s physical properties. The option with the most votes will be the one that we will formally submit to the IAU for consideration. Head to http://www.2007OR10.name and vote for your favorite naming suggestion. Voting ends on 10 May. 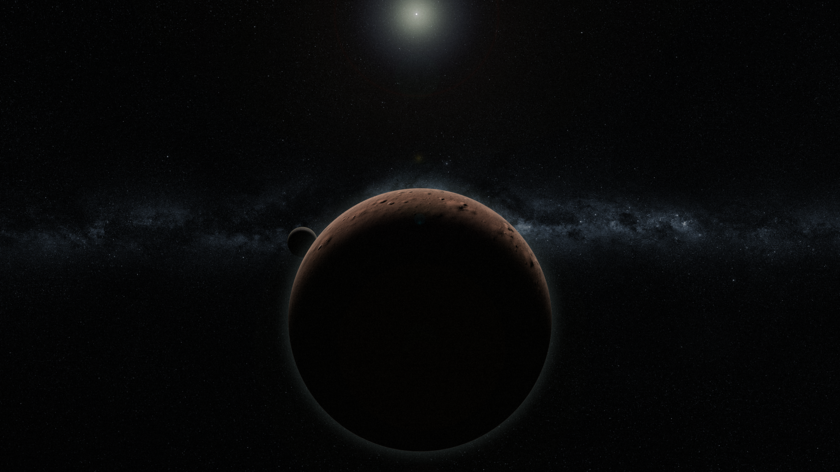 This icy planetoid is the largest unnamed world in our solar system, but to me, it is the fuzzy blob that was moving across the images on my computer screen back in July 2007.

At the time, I was a graduate student at Caltech working with my thesis advisor, Mike Brown, along with collaborator David Rabinowitz, who is based at Yale University. We were searching for distant solar system bodies in the Kuiper belt, where Pluto resides. The objects in the Kuiper belt and beyond represent the remnants of planet formation and the solar system’s early dynamical history. The orbital and physical properties of these small bodies can provide a window into our solar system’s past.

Mike, David, and I were conducting a survey to find small bodies to distances as far as about 1000 au using the 48-inch Samuel Oschin Telescope at Palomar Observatory. The telescope was robotic. Each night the telescope would point at a patch of sky and then, an hour or so later, it would return to the same patch and image again. The next day it would do the same, repeating the same fields it covered the night before. The next morning our automated pipeline would process the data and produce a list of candidates for me to visually inspect. Over a coffee or tea, I’d pull up the images on my computer and blink them on top of each other, looking to see if there was really a moving object in the images. I’d flag the ones where I could see a fuzzy blob clearly moving between the four images. 2007 OR10 ended up being one of those points of light dancing on my computer screen.

When we found 2007 OR10, we knew that it was distant. From its brightness we could estimate a size. So we knew it was smaller than Pluto and roughly similar in size to other known dwarf-planet sized icy bodies. After conducting follow-up observations the next year, we learned that 2007 OR10 was on an orbit scattered by Neptune. Many Kuiper belt objects (KBOs) have been similar orbits, having gravitationally interacted with Neptune elongating their orbits as the ice giant was migrating outward during the early solar system.

Discovery alone isn’t enough to go from the license plate designator assigned to it by the Minor Planet Center to a permanent name. Pluto-sized bodies in the Kuiper belt stand out from the pack. Their surfaces contain volatile ices and most have satellites. Each of the Pluto-sized bodies discovered before 2007 OR10 has a unique history. For example:

I defended my PhD thesis in 2010, 3 years after discovering 2007 OR10. At the time, we knew so little about it. We needed to be patient and wait. The years have passed, but 2007 OR10 hasn’t been forgotten. Astronomers have continued to learn more about it. We know now that it has a moon, its surface is red in color,  there’s water ice and likely methane on its surface, and that it is one of the slowest rotators observed in the Kuiper belt. There is also a better estimate of 2007 OR10’s size from combining thermal and optical observations. The new size estimate places 2007 OR10 in the top ten largest Kuiper belt objects. 2007 OR10 has gone from a fuzzy blob in its discovery images to a world.

And now, it needs a name. 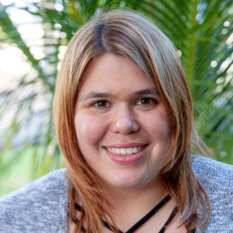 Sorry for being that guy, but on the website, in the description for Vili, the word "deity" is misspelled as "diety".