The Aeolian Processes session held Thursday morning (March 19) at the Lunar and Planetary Science Conference featured 12 presentations discussing the role of wind on the surfaces of Mars and Titan. The term “Aeolian” comes from Aeolus, the ruler of winds in Greek mythology. Sometimes overlooked compared to the role of water and other fluids (like methane on Titan), wind is nevertheless critical in shaping landforms on these bodies. In fact, on Mars, it is the dominant geologic process in the present dry climate—most water activity occurred billions of years ago. Here I provide a brief summary of this session. For those who want more details, feel free to peruse the full abstracts here. 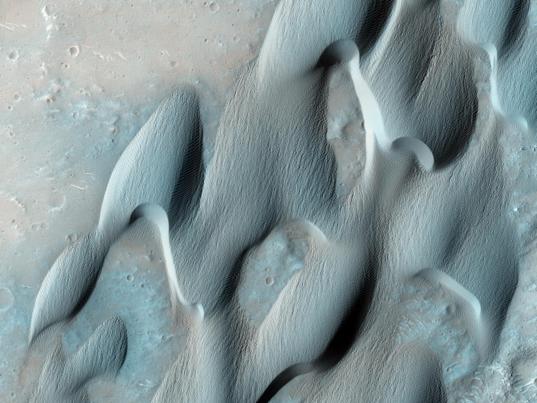 Dunes on the floor of Herschel Crater

The steep faces ("slipfaces") are oriented downwind, in the direction of motion of the dunes.

The session provided a broad sweep of aeolian topics, beginning with Titan studies and then going to Mars. The first talk by Burr et al. summarized results from a new wind tunnel that simulates conditions on Titan—the first of its kind. They found that the wind speeds needed to move “sand” (likely composed of hydrocarbons) on Titan are higher than previously predicted. Their laboratory results are consistent with observations showing that dunes on Titan move from west to east (westerlies), yet most winds go the opposite way. The dunes therefore move via very rare westerly winds. The following talk by Méndez Harper et al. also used experiments to simulate Titan conditions, but this time to examine the electrical forces among particles. They found that these forces are strong enough to clump small hydrocarbon particles into sand-size material. Next, Malaska et al. presented results from the mapping of wind features on Titan using Cassini radar data. Their results found that wind-blown particles sourced from regions near the equator and poles are accumulating in Titan’s middle latitudes.

SAR image of dark longitudinal dunes that have formed around higher-standing bright areas.

Zooming in to finer scales, Cisneros et al. compared the flow of wind around obstacles (such as mountains) on Earth and Titan. On both planets, these topographic obstacles can significantly affect dune distribution, orientation and morphology in the local area. In another comparison study, Radebaugh et al. found that yardangs—large landforms eroded by wind—have length to width ratios of 40 to 1 in western China. In looking at features in Cassini radar that may be yardangs, the researchers found a similar ratio. This suggests that the Titan landforms may also be yardangs, suggesting that wind erosion is actively occurring on Titan today. 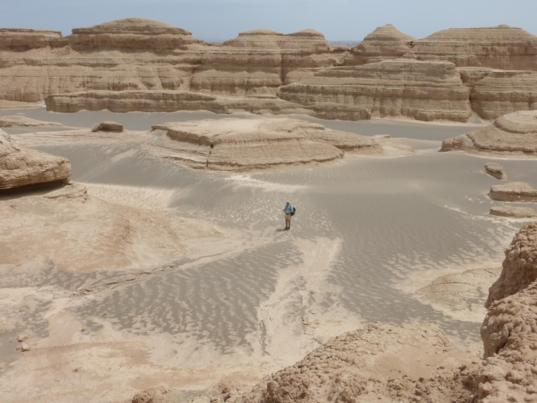 Note the geologist for scale.

The next set of talks focused on Mars. The leadoff presentation by Silvestro et al. summarized studies of wind ripples and streaks in the planned landing region for the ExoMars 2016 Entry Descent and Landing Demonstration Module (EDM). They reported that the features formed from winds from multiple directions, most differing from present day winds. Moving to experimental studies, Quintana et al. found that some wind streaks on Mars may form from the impact blast the also forms a crater.

It turns out that spacecraft components and their interaction with the surface provide important information on Martian dust deposition. For example, Daubar et al. observed that the landing and impact of spacecraft landers and associated hardware initially darken the surface by removing the bright layer of surface dust. Brightening follows and occurs at a rate such that the albedo (brightness) should be back to normal in a few years.

A big mystery on Mars is how layered materials within some craters, such as the mound in Gale Crater that Curiosity is exploring, form and erode. Day et al. explored the latter process and found that wind-blown sand can erode these layered deposits, with the craters then serving as sinks for sand dunes. The dunes are subsequently blown out of the crater in the form of wind streaks. Focusing on the active dunes within Gale, which should soon be visited by Curiosity, Lapotre et al. determined that the dune sand is concentrated in minerals derived from basaltic rock, with the fastest moving dunes having the lowest dust contents.

Curiosity looked toward the distant goal of the foothills of Aeolis Mons / Mount Sharp on sol 517 with her highest-resolution camera on sol 517 to take this photo. The band of rocky ground at the bottom is close to the rover; the topography drops beyond that, and the band of dark sand dunes is actually several kilometers away.

Runyon et al. reported that active dunes in Herschel Crater, southwest of Gale, slow down and change morphology with distance from their source. These observations fit a model of a thickening “internal boundary layer” that causes the sand carrying capacity of the Martian atmosphere to decrease downwind. Finally, the session concluded with a talk focusing on Martian “Transverse Aeolian Ridges” (TARs), a class of enigmatic feature intermediate between dunes and ripples. By studying similar landforms in Argentina and conducting wind tunnel investigations, Bridges et al. (this microblogger) propose that TARs form from rare gusty winds that allow coarse grains to accumulate on their surfaces, anchoring them in place and allowing them to grow through dust infiltration. 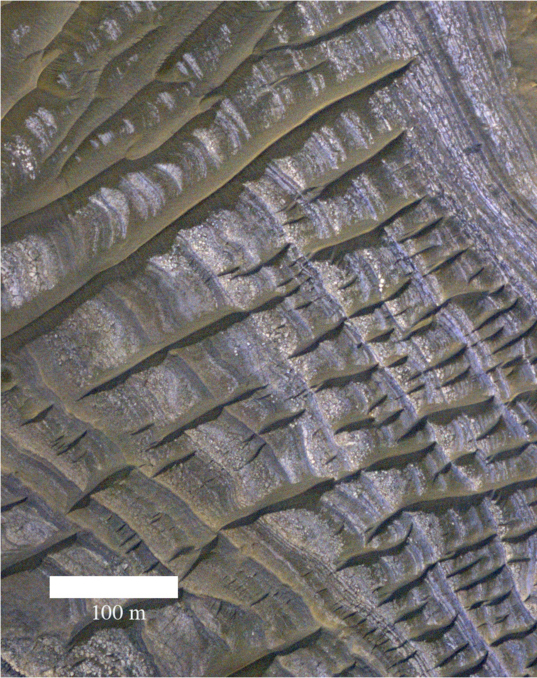 By the end of the session, there was general agreement that we all learned a lot about aeolian processes on Mars, Titan, and other bodies, amply demonstrating that wind is an exciting and dynamic field in planetary science. Nevertheless, many questions remain. We look forward to hearing from these and other researchers at the 2016 LPSC! 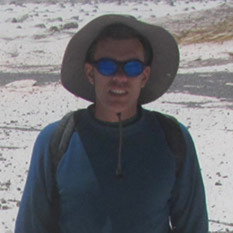