The skies over Cape Canaveral were deceptively blue and sunny this morning as we headed to the Banana Creek viewing area. The launch forecast was still only at a 60% chance for go due to possible afternoon thunderstorms. Things were looking perfect until about T minus 30 minutes. That's when the gray clouds started to roll in, along with a few raindrops. The anticipation in the crowd became tangible at that point with the fear of the launch getting scrubbed. We sat there watching the clock count down until reaching the hold at T minus 4 minutes, listening to the various systems give their go/no go statuses. The crowd erupted in cheers when things were given the all clear and the countdown clock resumed. Among the crowd were The Planetary Society's Jim Bell and Casey Dreier (on the left in the photo below). 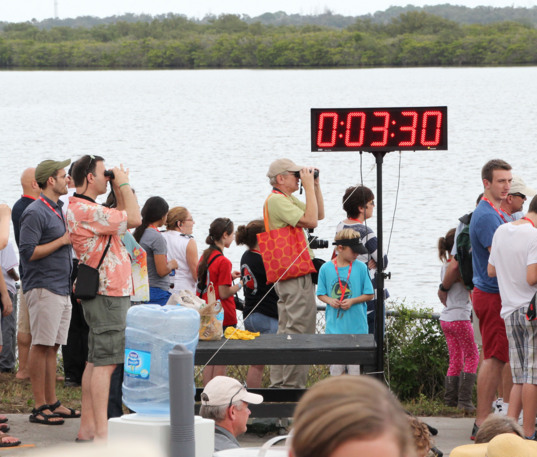 At around T minus 1.5 minutes, the official announcement was made that the launch was a go, leading to another round of cheers from the folks in the viewing area. The ominous gray clouds were still hanging over the viewing area, but luckily hadn't made their way over the launch site.

And finally, the moment we'd all been waiting for... 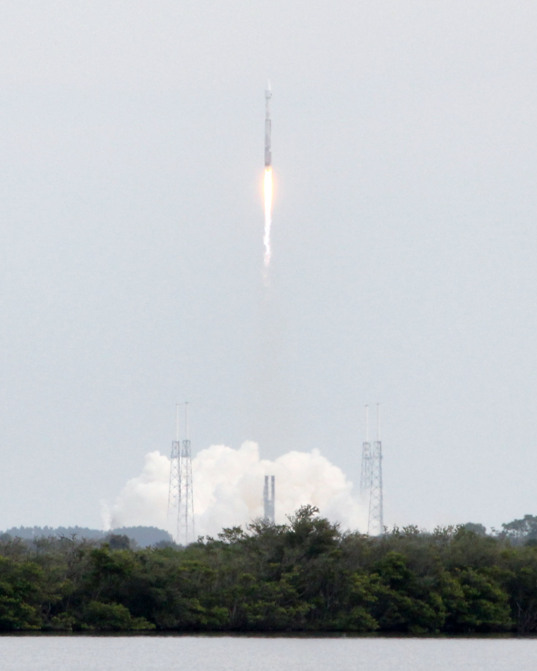 The spacecraft launched flawlessly and pretty much exactly on schedule. Congratulations to NASA, the MAVEN team, and United Launch Alliance for a picture perfect launch! 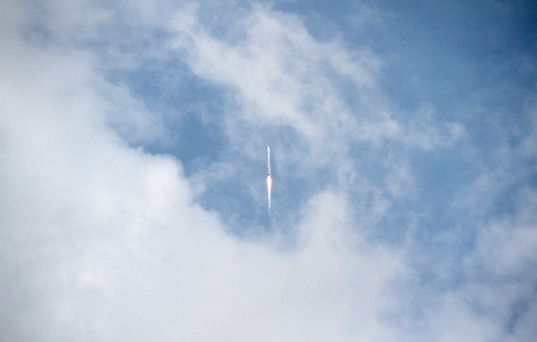 MAVEN heads off toward Mars

I owe a huge thank you to The Planetary Society for inviting me to attend this launch, and the NASA Social folks for selecting me to participate in an amazing experience that I will never forget. For anyone out there active in social media, keep an eye out on @NASASocial for calls for applicants for future launches!

(P.S. From this experience, I learned that when attending a launch in 85°F heat, don't leave a banana in your backpack all day and forget about it. You'll regret it later.)

Beautiful photos! Thanks! I'm glad you had fun!

I live near Tampa, FL and I've seen a few launches when its at night time, or or at least getting dark but today there were too many clouds. I watched it on the news, but its always cool to see it with your own eyes. I just started looking through the website trying to figure out what MAVEN is for, and so far I got that it's to explore Mars' upper atmosphere.

Fantastic reporting on the launch and the crowd reaction. Great photo of Jim and Casey with the countdown clock

While Maven lauched the sun is preparing to reverse its magnetic field. http://www.alljobindia.in/2013/11/the-suns-magnetic-field-is-about-to-flip.html