The surface of Mars is a tough place to survive, but researchers at the German Aerospace Center (DLR) found some lichens and cyanobacteria tough enough to handle those conditions.

How tough is it on Mars? Pretty tough. First, the Martian surface pressure of 6 millibars is pretty much a vacuum compared to Earth’s surface pressure of 1000. 6 millibars of pressure corresponds to a point waaay up in Earth’s middle stratosphere about 35 kilometers above the surface. This is an altitude almost 5 times taller than Mount Everest and right about where altitude records for air-breathing jet airplanes are set. Next, you’ve got the harsh radiation from the Sun. On gentle Earth, much of the dangerous photon radiation from the sun is filtered out by Earth’s thick atmosphere. But on atmospherically-challenged Mars, energetic ultraviolet rays blast the surface. These rays could plow through an unprotected biological cell and wreak havoc on the critical information-carrying genetic material in the cell. If that weren’t bad enough, the rays can also smack constituents of the martian rocks and dirt and make some really nasty reactive chemical species that could chew up any cellular biological membranes not tough enough to resist. Finally, Mars is very dry and cold, dryer than the driest deserts on Earth. Any water might come in a brief morning dew that quickly evaporates as the temperature rapidly fluctuates. Life would have to struggle getting water quickly during these transient events then survive being freeze-dried for long periods of time.

To see if they could find terrestrial life tough enough for Mars, the researchers collected specimens of organisms that were found in some of the most extreme and inhospitable places on Earth. They collected organisms from inside rocks, on mountain tops, and in the polar regions. These are places that might come closest to the environment on Mars. The researchers then created an environmental chamber that simulated conditions on Mars: ultraviolet radiation, infrared radiation, martian soil, low pressure, atmospheric mix, temperature ranging from -50 C to 23 C, the whole bit. They threw the collected specimens in the chamber to see if any could survive. 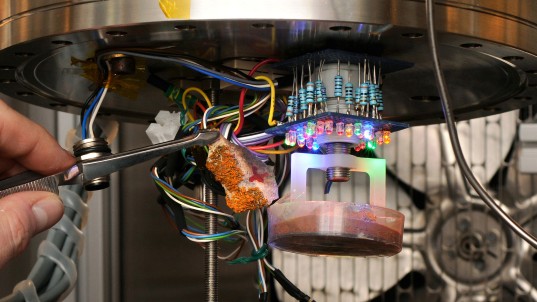 Chamber used for simulating conditions on the martian surface.

Chamber used for simulating conditions on the martian surface.

After a little over a month had passed, the researchers found that some lichen and cyanobacteria were still alive. Most surprisingly, the lichen and cyanobacteria didn’t just sit dormant, huddled down waiting for someone to open up the chamber and let them out; they were active. They sat in the martian chamber and took in simulated martian sunlight and made molecules and did all the things a living, functioning, active organism should do – they were happy!

So what are these things anyway and why does this matter? 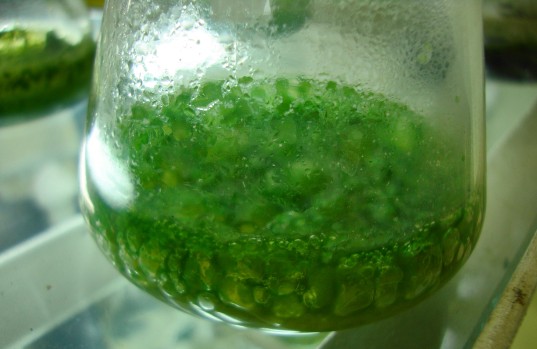 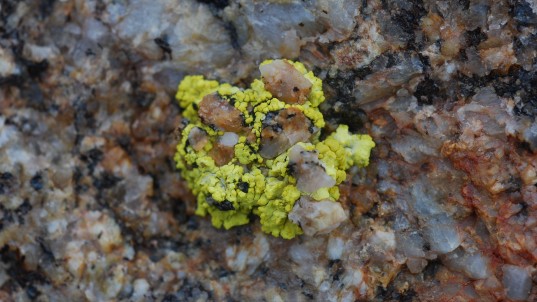 A polar lichen like this one survived DLR's Mars surface simulation chamber.

Lichens are incredibly tough. If you look around you will find them everywhere, on tree bark, rocks, walls, and on statues. Lichens exist as a form of a partnership of a fungal cell buddied up with a cyanobacteria or algae cell. The fungus forms the basic framework that incorporates the cyanobacteria or algal cell. The fungal cell provides protection, walls, structure, water storage, and mineral-gathering capability to the partnership. The cyanobacteria or algae cell, in turn, provides light-harvesting ability. This combination is famous for being able to survive harsh, dessicating conditions.

On Earth, lichens are one of the first things to colonize a bare rock surface. Lichens break down rocks and minerals so that other organisms can gain a foothold. Lichens are thought to have been one of the earliest things to colonize Earth’s barren surface over 400 million years ago. Lichens have also been found at high altitudes and in polar regions. These are just the kind of terrestrial environments that might be the closest match to surface environments of Mars. Both cyanobacteria and lichen are tough little pioneers. If you had to pick some organisms that might be able to survive on Mars, these might be the ones you’d champion.

So now we have examples of both cyanobacteria and lichens that could survive on Mars for at least a month. Does that mean that those types of organisms are there now? We don’t know. But it does mean that if life arose (or got transferred) to Mars, and managed to evolve into something as tough as cyanobacteria or lichen, then that life could still be there today and be perfectly happy. That’s encouraging, because it means that the habitability zone for life just got extended outward. This result applies to the martian environment but also extends to possible exoplanet environments as well.

As they say, life is tough; but it just got tougher! 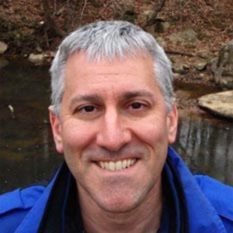 See this 2010 paper I prepared which estimates that, averaged over millions of years, 11 grams of Earth rocks bearing living microbes reaches locations on Mars with liquid water each year. That's 700 tonnes since the Chicxulub impact. Recent research indicates this may have been very conservative: http://mpainesyd.com/filechute/paine_amec2010_transpermia.pdf

That's a nice informative article. Interested in Mars? Then read it. The thesis is in the realm of very likely and the sample return missions should consider landing multiple probes at: Polar ice cap boundaries, (current Summer & previous Winter locations) and possibly inside a crater at a terminator point for 3 samples (sun/terminator/shade). ALL samples should NOT be bathed in radiation. That 'bath' may just be the lethal limit resulting in inconclusive analyses.

Mike M. Have you and et. al. considered doing this on a large scale and test bed a rover science package to search for the life signs? Since we are going to do a sample return at some point to have this class of hardware ready to go may get you and them on the team. Also maybe Mike P. could be on the team. Those who don't dream and take action don't advance far.

Has anyone tried to test bed a solar cell tube rover frame with 4, one meter high solar cell tubes at each platform corner. That should be able to shorten winter parking time if not entirely eliminate it, site dependent. The bedframe could be raised 1/2 meter above the tube frame to allow low sun angle light to be collected under the bedframe. The 4 corner poles would be collecting above obstructions.

Although I miss the discussion forum I will try to get more involved in the Planetary Society again through the blogs. Although it is interesting that some earthly lifeforms like lichens and cyanobacteria can survive on Mars I think actual discovery of any life forms on Mars could be more credibly thought to be indigenous to Mars and not earthly contamination if they were based on something other than DNA as all earth based life is. I think that life could come into being in other ways than DNA but it is hard to say without any other examples. Hopefully the Curiousity Rover can tell us more or perhaps reanalysis of the Viking lander results.

Hi D4 - and others, Let's not forget the Transpermia theory. We could be the Mars life but considering what we see today maybe we should consider a sample return portion that would be placed directly into a Martian environment upon return and Terran Polar Lichen added to the actual Martian soil to see if it can really survive. Be sure to bombard the sample with Martian surface level radiation with a rotating cycle (sunlamp) as part of the simulation. A dimmer switch would not be the same as a daily planet rotation.

Could the Jack Pine survive on the 45 N parallel? Could we really just throw these things at the face on Mars? The cones only sprout after they burn up. https://en.wikipedia.org/wiki/Jack_pine