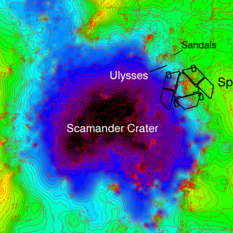 Since A. J. S. Rayl was also listening in on today's press briefing about the efforts to extricate Spirit from her predicament at Troy, I'll just hit the high points and send you over to her story when she has posted it. 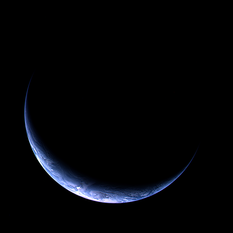 Just hours away from its Earth flyby, Rosetta is busily snapping images and gathering other science data. 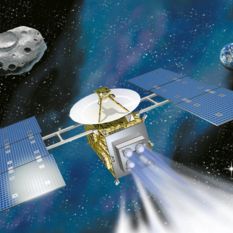 Hayabusa stumbles on the path back to Earth

JAXA issued a press release (in Japanese) on November 9 stating that one of Hayabusa's ion thrusters, thruster D, had stopped operating. Hayabusa launched with four ion thrusters, but D was one of only two that are still functioning. So the failure of thruster D is a serious problem. 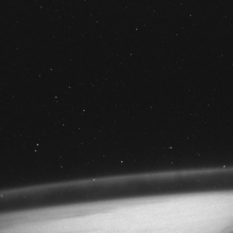 Tracking the stars -- and Earth

This was a neat photo from ESA today. 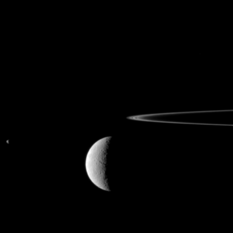 Thanks to Mike Malaska for the tip on this one. The image is part of an animation that ends with Rhea transiting Saturn. 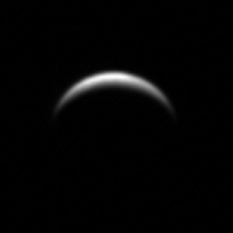 Rosetta is homing in on Earth

Heads up! ESA's Rosetta spacecraft is approaching for its last flyby of Earth, on Friday, November 13. 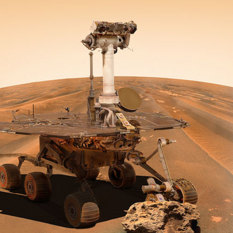 Planetary Radio Q and A: Are meteorites on Mars actually interesting?

The Mars Exploration Rover Opportunity has been studying a lot of meteorites. That made me wonder, why study meteorites on Mars when we can study them in hand on Earth? How are Mars meteorites interesting?

The Planetary Society announced today that an anonymous donor has put up one million dollars to help us get a solar sail in flight.

She moves! "First drive sequence in 145 sols" for Spirit

It's been an awful long time since we've seen one of these from Spirit: an animation of four Navcam frames documenting motion!