The print magazine is on its way to members who subscribe to the physical version, but everyone can read The Planetary Report online here! 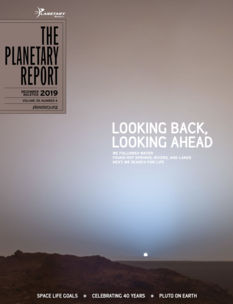 In this issue I wanted to pay homage to the Mars Exploration Rover mission and its nearly 15 years of Martian accomplishments. Rather than dryly summarize what the rovers did, I wanted to explore how the science gleaned from the adventures of Spirit and Opportunity changed our view of Mars. Mars Exploration Rover deputy project scientist Abigail Fraeman took on the challenge of synthesizing the results of this beloved, unexpectedly long-lived mission in her article, explaining what the rovers taught us about past water and the possibilities for ancient life on Mars. Those of you who’ve followed The Planetary Society for a long time will know Fraeman was one of the winners of our Student Astronaut competition, who as a high school student in 2004 was present in JPL mission operations for Opportunity’s landing. (I was her teacher and mentor back then, and now she’s surpassed me, and I couldn’t be prouder.) We produced a cool infographic summarizing the geology of both landing sites for Fraeman's article.

After Spirit, Opportunity, and Curiosity, what comes next? I asked astrobiologist Javier Gómez-Elvira to explain how the strategy for future Mars exploration is shifting, from a focus on whether ancient habitable environments existed (we now know they did) to the search for life. Gómez-Elvira explains the techniques we will be using to search for ancient Mars life, and the different approaches being taken by NASA and ESA in their future rover missions. The infographic for this article explains the 6 different types of evidence of life that we are searching for on Mars.

This issue also provides updates on what the members of The Planetary Society have accomplished together throughout 2019, from launching LightSail 2 to increasing United States national investments in planetary defense. 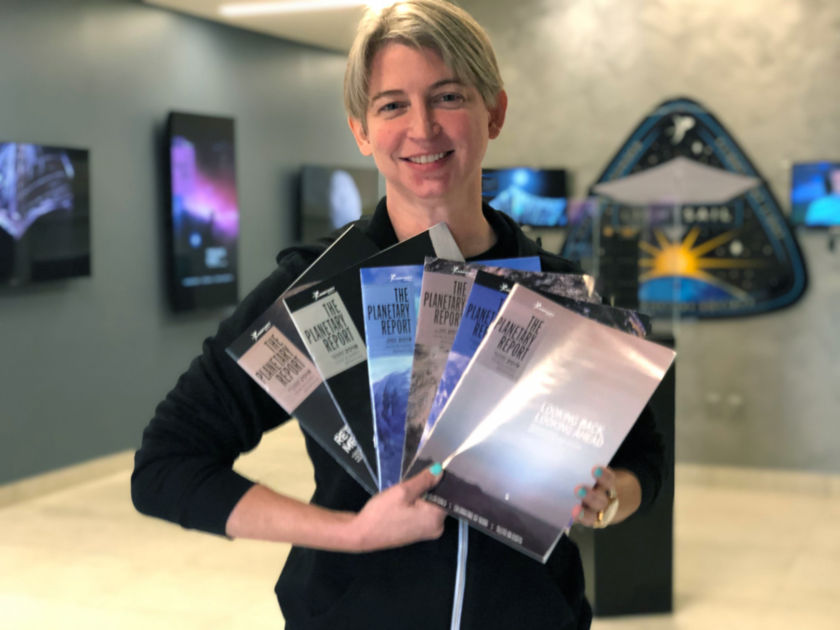 Emily Lakdawalla served as editor of The Planetary Report in 2018 and 2019, producing 6 issues of the magazine.

I’m proud of the work I’ve done to transform the magazine during its 38th and 39th years. I’ve made it open-access, begun publishing it on the Web, increased the use of infographics within its pages, and made a commitment to diversity among feature authors. Also, I’ve added some new recurring columns that I’m very excited about, including two that shine a light on more human aspects of planetary exploration. “Space on Earth” highlights an Earth facility that supports space exploration, and “Why I Explore” invites Planetary Society members to share their unique answers to why space exploration is worth the effort.

I will continue to be associated with The Planetary Report, writing my “Snapshots from Space” helping with the “Where We Are” column, featuring beautiful space images and identifying where all our active deep-space robots are, once a quarter. By stepping down as editor-in-chief, I’ll have more time to write about science and space missions for this website, and to pursue some new creative work for The Planetary Society. I’ve gotten several emails recently asking if I’ve stopped blogging. I didn’t mean to stop writing about space; it’s just that there’s only so much of me to go around! I’ll be writing more again, soon. Stay tuned!