Okay, so the fact that Ceres is round is not news. It's still thrilling to see Ceres begin to come into focus as a round world. This first image shows the full size of Dawn's Framing Camera photo, with Ceres just a speck in the center: 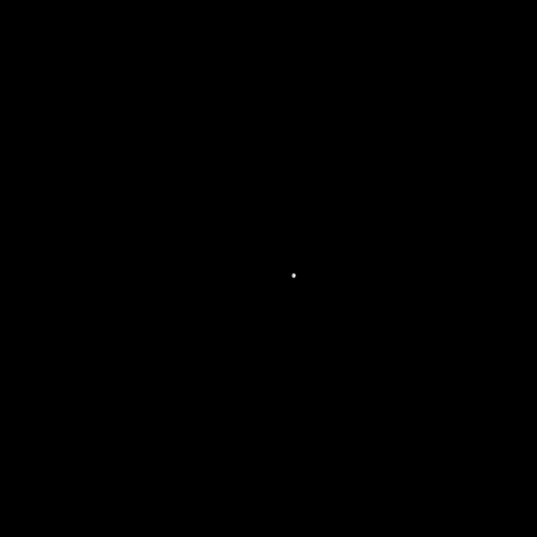 Dawn took this photo of Ceres from a distance of 1.2 million kilometers as it approached for its 2015 rendezvous.

Let's zoom in, enlarging but keeping the original pixels. Ceres spans just 8 or 9 pixels, but that's enough to show a gibbous phase of a round world. 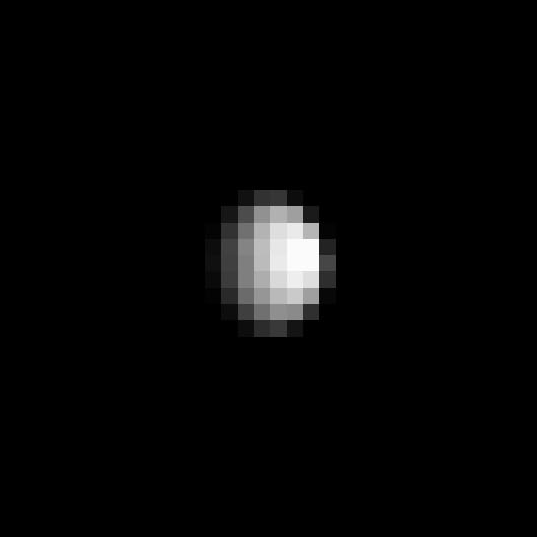 Round is so important to geologists. Round means that the force of gravity has overcome the strength of the materials that make up Ceres, squishing it together and forcing its surface to be approximately flat, according to the local force of gravity; over time, that makes a world round, not quite spherical, but bulging slightly at the equator. This reshaping by gravity generates heat in a couple of different ways, and heat encourages planetary materials to flow faster, sometimes even melting. Ceres will have tectonic features, maybe even an internal ocean. Or there were such features, once. Ceres' surface will have recorded those changes. It remains for Dawn to see whether those recordings have been preserved across geologic time, leaving a record that we, back on Earth, can decipher.

Dawn took the photo on December 1 from a distance of 1.2 million kilometers. That is actually not very far away, as deep-space distances go; for context, Titan orbits Saturn at a distance of 1.2 million kilometers. Dawn is really, really close, and getting closer every day. For more on its approach to Ceres, read Marc Rayman's most recent Dawn Journal. For more photos of Ceres, just stay tuned!

Wow...what a thrill to see this world as more than just a dot (Hubble imagery excluded). Ceres' been one of many things on my personal list that I, along with many others, have been waiting for and now Dawn is oh-so-close... can't wait!

Yeah !!!! So happy to see the comments back, Emily. Thanks for linking to that article by Mark Rayman on Dawns closing in on Ceres.....very comprehensive !

Emily, Can you please confirm your attendance and press coverage of the Fall AGU sessions next week in San Fran, and now that Karen Hames has confirmed the comments feature is back up permanently can you please tell us if you will be posting to and monitoring your blog comments for reader questions relevant to the Rosetta Mission presentations while you are there?