ISRO has released a second global image of Mars from the Mars Colour Camera on Mars Orbiter Mission, and just below the center of it is Gale crater, home to Curiosity. Gale is easy to spot from its very dark floor forming two horns that cradle Gale's central mountain, and the dark streak that runs out of the crater toward Terra Cimmeria to the south. Gusev crater, and the silent Spirit rover, are also in the photo -- look at the context map below to help you pick it out. 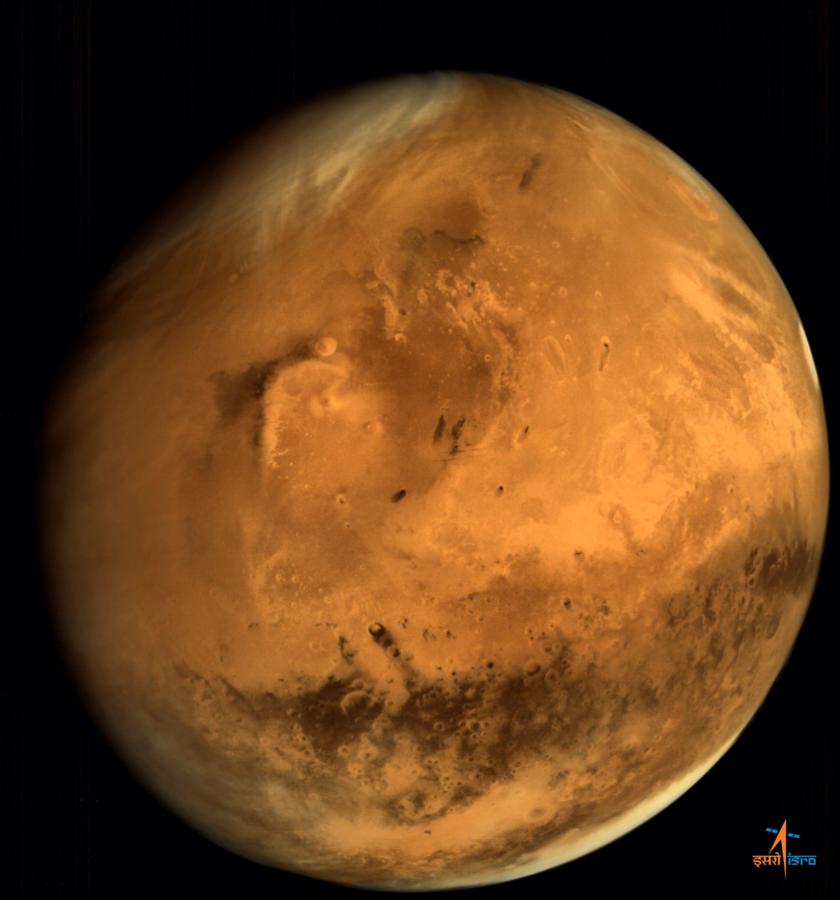 Mars Orbiter Mission captured this view of Mars from a distance of 66,543 kilometers. The view includes the large Elysium volcanic region on Mars, and the dark swath of Terra Cimmeria across the disk to the south. Near the center of the disk is a small crater that has a large dark streak running down from it: that is Gale, home to Curiosity.

Here's a screen cap from the Mars Globe app to help you find your way around the image. The global view doesn't look quite the same because Mars Globe is simulating the view from significantly closer -- about 7000 kilometers away -- so there are features that disappear around the edges of the disk on the Mars Globe simulation that are visible on the disk in the much more distant Mars Orbiter Mission photo. (In particular, in the photo above you can see the great shield of Olympus Mons right at the edge of the disk at upper right, but it's not visible in the map below because the viewpoint is too close.) 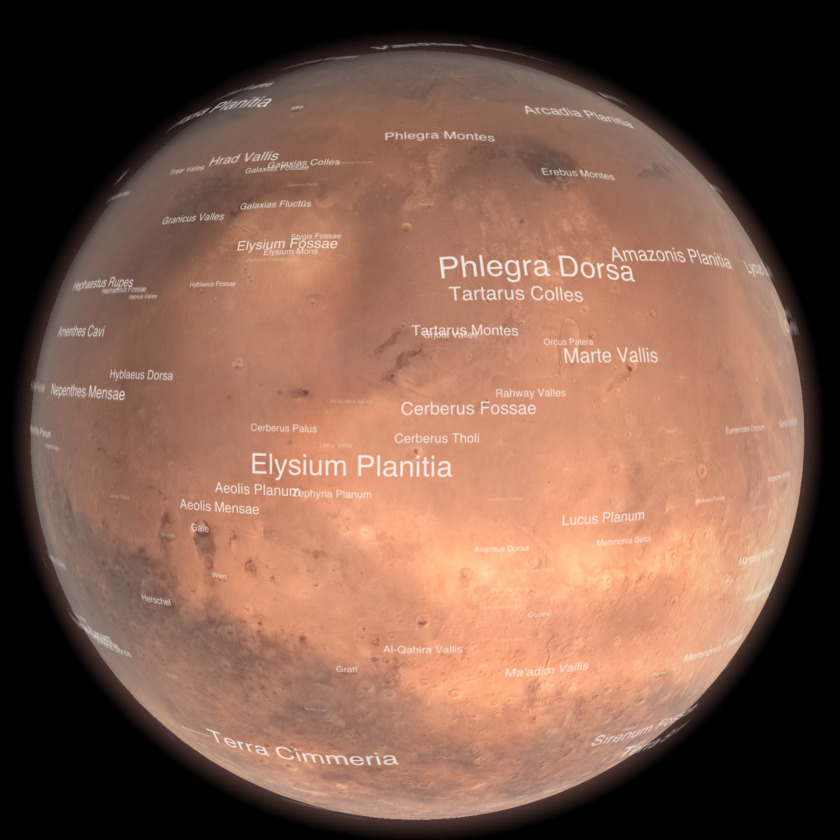 This newly released global view of Mars is distinctly less red than the first one that came out of the mission a week ago. When a spacecraft first turns on its instruments, it may take a while to get the calibration right. It's been interesting to watch space enthusiasts on the Internet fiddle with the color in the first image in order to produce something that looks more pleasing to them. Most people agree that the original was too red (or, more precisely, that the blue channel was far too dark), but different people have produced different results based upon their judgment of what Mars should look like. Here are eight slightly different views of that one image of Mars: 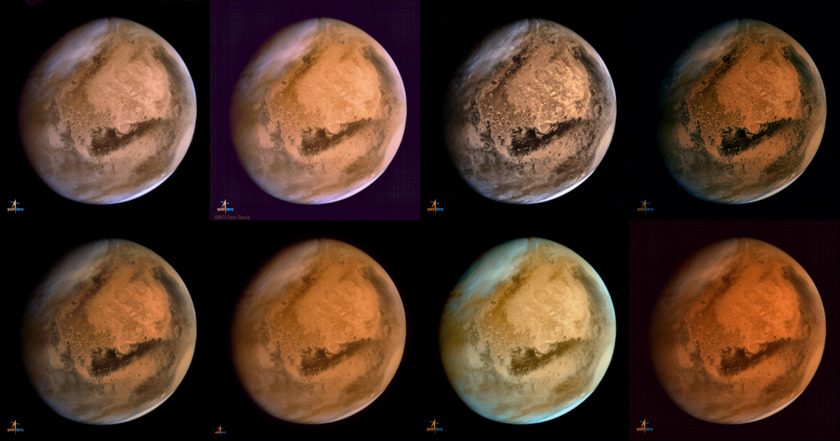 Eight takes on a global view of Mars

I assume we'll be seeing some nicely processed versions of the new photo from the amateur community -- I'll post one here when I see one I like!

Small extra detail. The image was taken from 66543 Kms away

Nice map. But it would be even better if "Gale Crater" were labeled on it. The description is not clear enough to locate Gale Crater in the Mangalyaan photo.

If you take a close look, you will see "Gale" labeled on it: to the left under Elysium Planitia. Exactly under Aeolis Mensae... Anyway, I find it just with the description...

The reprocessed images are interesting. (I also thought the original was too red.) I would trust the work of Don Davis, who is well known for depicting astronomical subjects with exacting attention to current scientific knowledge. His rendition of the original MOM picture is identified as the second from left, top row.