We have a winner! The OSIRIS-REx asteroid's name is: Bennu!

Naming contests are one of the most fun things we get to do at The Planetary Society. We received more than 8000 entries from all over the world in the Name That Asteroid! contest, and it was really hard to choose the winner.

The asteroid formerly known as 1999 RQ36 is now formally named (101955) Bennu, for a heron associated with the Egyptian god Osiris. The winning suggestion came from 8-year-old Mike Puzio of North Carolina (actually, he turned 9 earlier this month -- happy birthday, Mike!) So welcome to the solar system, Bennu, and I hope you don't mind us coming to visit in a few years.

Here's our press release, and you can learn more about the winner here. 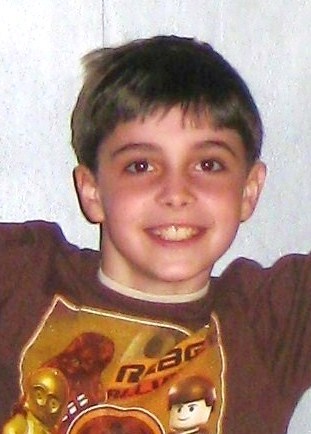 Michael Puzio is the winner of the contest to name asteroid Bennu.

Here is the citation that accompanies formal notice of the asteroid's new name:

101955 Bennu
Discovered 1999 Sept. 11 by the Lincoln Laboratory Near-Earth Asteroid Research Team at Socorro.
Bennu was an Egyptian mythological figure associated with Osiris, Atum and Ra. This minor planet is the target of the OSIRIS-REx sample return mission. OSIRIS-REx's Touch-and-Go Sampler evokes Bennu's image as a heron. Name suggested by Michael Toler Puzio (b. 2004) via a naming contest for students.

It was a long, long road to selecting this name because there were so many good suggestions. You can see the list of semifinalists and finalists to see what other names were being considered. They didn't actually pick my favorite on the list (that would be Inyan, one of many names suggested by kids from a school on a Lakota Sioux reservation) but I'm well pleased with the name that won. Especially because it's short and easy to tweet!

The LINEAR survey produces a ton of asteroid discoveries, so I believe that the current plan is for the other finalists' proposed names to be submitted to the IAU in the near future to name other asteroids. I'll keep you posted on how that pans out. One of the things that was a little complicated about the judging was that the panel liked names that had to do with origins, because one of the main reasons for the OSIRIS-REx sample return mission is to return material from a very primitive kind of asteroid in order to understand the origin of the solar system. But mythological names of creation deities is a theme that's generally reserved for trans-Neptunian objects, not asteroids. Some of the awesome names might not be accepted for asteroids for that reason. We'll have to wait and see.

I couldn't resist including the following. My job in The Planetary Society's naming contests has always been to winnow the huge number of raw entries to a smaller number to hand to the judging panel. It falls to me to get rid of all the spambot entries and the vulgar jokes of teenaged boys. But there's always a few gems. The one that made us laugh the most in the office was the suggestion "Zoidberg." Because: 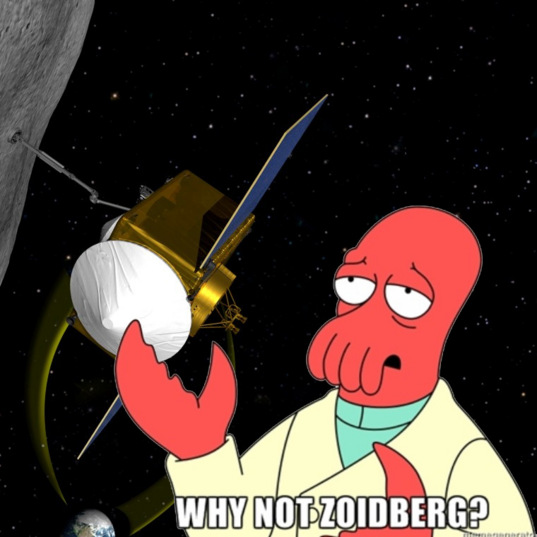