PASADENA, CA (May 1, 2013) – Asteroid (101955) 1999 RQ36 now has the much friendlier name "Bennu," thanks to a 3rd-grade student from North Carolina. That's good, because the asteroid now called Bennu will soon have a visitor. NASA's Origins-Spectral Interpretation-Resource Identification-Security-Regolith Explorer (OSIRIS-REx) spacecraft is scheduled to launch in 2016, visit Bennu in 2018, and return a sample of the asteroid to Earth in 2023.

The name is the winning entry in an international student contest. Michael Puzio, a nine-year-old in North Carolina, suggested the name because he imagined the Touch-and-Go Sample Mechanism (TAGSAM) arm and solar panels on OSIRIS-REx look like the like neck and wings in drawings of Bennu, which Egyptians usually depicted as a gray heron.

More than 8,000 students from dozens of countries around the world entered the Name that Asteroid! competition. The contest was a partnership among the University of Arizona; The Planetary Society; and the Lincoln Near Earth Asteroid Research (LINEAR) survey at the Massachusetts Institute of Technology's Lincoln Laboratory.

Contestants submitted one name along with a short explanation for their choice.  Names were required to comply with naming guidelines from the Minor Planet Center. The competition partners assembled a Review Panel to select the winner and send the winner’s name to the International Astronomical Union (IAU) Committee for Small Body Nomenclature, which officially approves the name.

Bruce Betts, Director of Projects for the Planetary Society and a judge in the competition, commented on the new name: “The name 'Bennu' struck a chord with many of us right away. While there were many great entries, the similarity between the image of the heron and the TAGSAM arm of OSIRIS-REx was a clever choice. The parallel with asteroids as both bringers of life and as destructive forces in the solar system also created a great opportunity to teach about planetary science.”

“The process of choosing a name was much harder than we first imagined it would be”, said Dante Lauretta, Principal Investigator of the OSIRIS-REx mission and another of the judges.  “There were many excellent entries that would be fitting names and provide us an opportunity to educate the world about the exciting nature of our mission.”

When he learned he had won the contest, Puzio said, "It's great! I'm the first kid I know that named part of the solar system!"

The heron-TAGSAM parallel wasn’t the only similarity that struck the judges. The god Bennu was commonly associated with the gods Atum, the primeval deity, and Re, the Sun god. Astronomers think that the OSIRIS-REx target asteroid is a primitive object that dates back to the creation of the Solar System because earthly analogues for the asteroid Bennu are carbonaceous chondrite meteorites, which have compositions that are very similar to that of the Sun. In fact, our own Solar System was “reborn” from the remnants of stellar explosions more than 4.5 billion years ago, so origins, rebirth and duality are all part of the story of this asteroid.

Puzio's entry was one of 39 semifinalists. Semifinalists ranged in age from 5 to 17 and came from the USA, Brazil, France, India, Italy, the Netherlands, and Turkey.  For more about the contest, and the finalists and semifinalists and their entries, including photos, visit: http://planetary.org/name

The LINEAR survey team discovered the asteroid in 1999, early in NASA's Near Earth Observation Program, which detects and catalogs near-Earth asteroids and comets.

When an asteroid is first discovered, it is given a provisional designation like "1999 RQ36." The first four digits tell you what year it was discovered.  The last four characters tell you when in that year it was discovered. 1999 RQ36 was the 916th object observed in the first half of September 1999. Once the asteroid's orbit is precisely known, it is then issued an official sequential number; 1999 RQ36 was the 101,955th asteroid to receive a number, so it is now formally known as 101955. Only about 5 percent of numbered asteroids have been given names, and Bennu is now one of these. 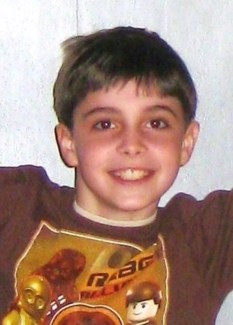 Michael Puzio is the winner of the contest to name asteroid Bennu.

For more information on OSIRIS-REx and the contest, visit: