Updates on ISRO's Mars Orbiter Mission: five instruments to be delivered in March

Several news articles appeared in Indian media today about the upcoming launch of ISRO's Mars Orbiter Mission. It's the first time I've seen such detailed information about the spacecraft. There were two distinct articles appearing across numerous media outlets, so it must be a wire story or perhaps even an ISRO press release; I'm not sure how these things work in India. There isn't a release posted on ISRO's website, as far as I can find. Here's a summary of those, one printed in the Deccan Chronicle, Economic Times, Indian Express, and elsewhere, and the other posted at Parda Phash, IBN live, and other places.

The information comes out during the 100th Indian Science Congress, taking place this week in Kolkata.

The mission does not yet have a formal name ("Mangalyaan" is not it -- as far as I can tell, that name was made up by newspapers needing a name and following the "Chandrayaan" convention). For lack of a better one, though, I'll not change it in my previous posts until we find out what the formal name is going to be.

Jitendra Nath Goswami, director of ISRO's Physical Research Laboratory, is quoted as saying: "We are trying hard and by mid-October we are expecting to launch the Mars mission." And: "The mission has a very specific science objective as we want to study the atmosphere of Mars. This mission will explore things which have not been done previously by other countries." And: "The previous missions to Mars have shown that there was water on the planet. We would want to know how and why the planet lost water and carbon dioxide."

Although these goals sound similar to those of NASA's MAVEN, the instrument package is more general than MAVEN's -- color imaging, nighttime thermal infrared, and so on. Only the Exospheric Neutral Composition Analyzer seems to overlap with MAVEN. In any case, it's my impression that science is only a secondary goal for this mission. The primary goals are engineering ones: simply to succeed at launching a spacecraft on an Earth-to-Mars transfer orbit, successfully navigate it to Mars, successfully enter orbit at Mars, and operate it there at all would be major achievements for India, regardless of any scientific data return. 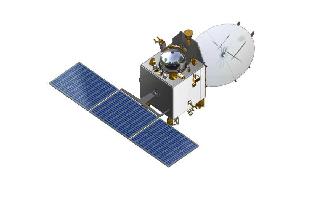 I think, the payload mars color camera will take the photos of visible light spectrum colors in mars' gravitational area. After success of this experiment, our conventional light theory will be changed. Best wishes to ISRO!

those interested in India's Mars mission should also check this article in economic times on cost economics of the mission in comparison with NASA and other space agencies http://economictimes.indiatimes.com/slideshows/science-technology/why-isros-mars-mission-is-the-cheapest/frugal-engineering/slideshow/24982233.cms

They're calling the transfer orbit a Hohmann transfer, but, strictly, it is not, since it goes substantially more than half-way around the sun. The circumference of the entire orbit ellipse is about 7.556 AU of which Mangalyaan will travel 680 million kilometers between departure and arrival.