Just a pretty picture post, a dramatic Cassini shot on the outer edge of the A ring captured earlier this month. Cassini caught both Daphnis and Pan in one view, along with the cool wave structures that both make in the rings. 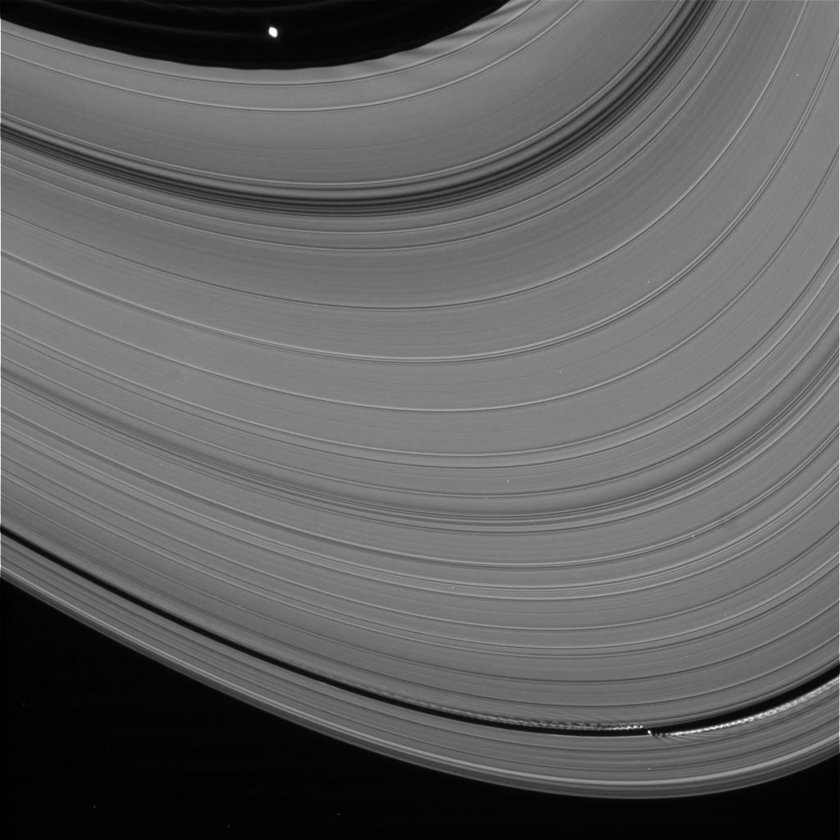 Pan and Daphnis make waves in the rings

Cassini pointed at the outer edge of the A ring to take this photo on 3 June 2010. Although nearly an Earth year had passed since Saturn's equinox, the Sun is still at a low angle to the rings, so the waves at the edge of the Keeler gap excited by Daphnis are highlighted by their long shadows (lower right corner of the image). In the upper left, Pan appears within the Encke gap along with the faint ringlets that accompany Pan in its orbit.