Cassini's view from the backside of Saturn

Over time, Cassini's orbit apoapsis—the point on the orbit that is farthest from Saturn—has been shifting slowly toward Saturn's night side. Lately, this point of view has resulted in some truly lovely photos of the planet. Here's a couple of particularly eye-catching views that were mosaicked and colorized by people playing with the data available on the Cassini raw images website: 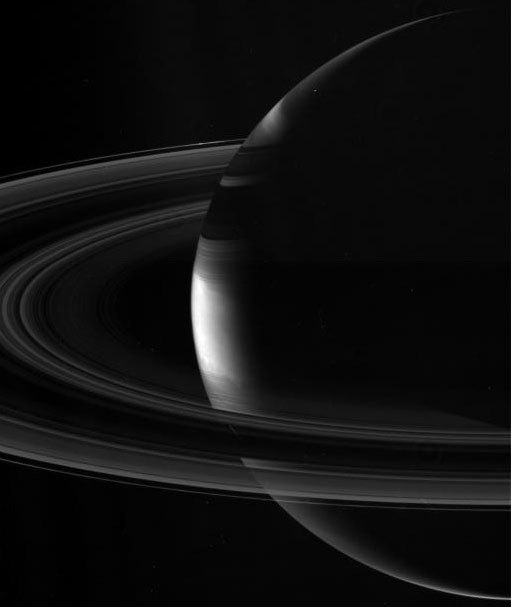 As of 26 July 2006, Cassini's orbit had been shifted so that the spacecraft spent the majority of its time on the night side of Saturn and on the northern side of the ring plane. From this point of view, Saturn is seen in a crescent phase, and the rings are lit from below. 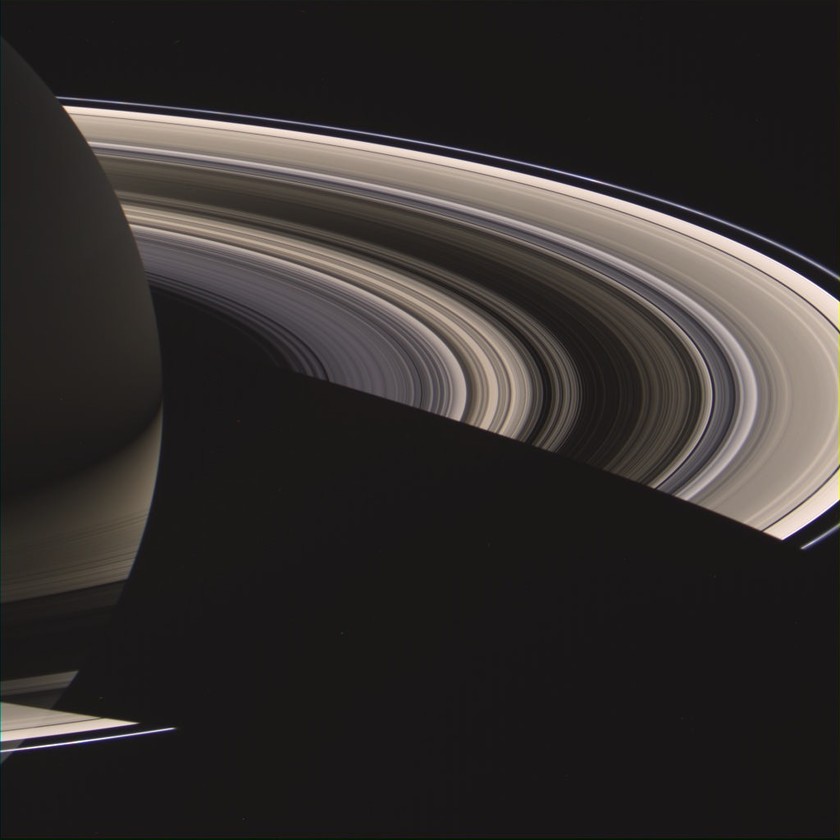 Saturn is seen in a crescent phase, and the rings are lit from below. The B ring appears relatively dark because it is opaque, while the very tenuous C and F rings appear bright because the tiny particles in them scatter light efficiently to Cassini.

Not even the Voyagers had views like this. For comparison, here's a reminder of what Voyager 1's point of view on Saturn was as it departed in 1980. This was the closest to a crescent phase of Saturn seen by humans until Cassini arrived. (Voyager 2's view was more full-phase than this.) 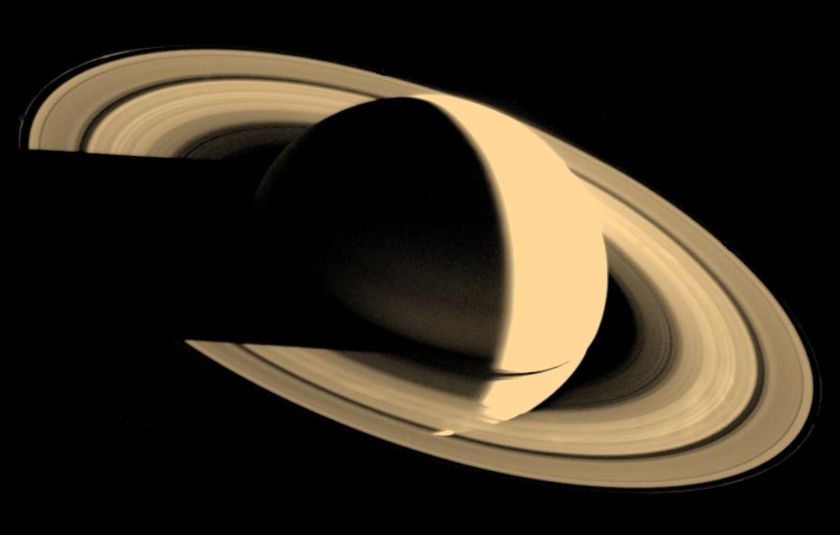 In one of the iconic images of the Voyager mission, Voyager 1 gazed backward on Saturn as it sped away from the system on November 16, 1980. Saturn was Voyager 1's last encounter.