The Senate's Flawed NASA Bill Hits a Bump in the Road

The Senate hit a bump on the road to passing a spending bill that would fund NASA next year. Politics surrounding the Environmental Protection Agency's regulation of carbon emissions led to a delay in consideration of the so-called “minibus” bill—an amalgamation of different appropriation subcommittee funding proposals. It remains unclear when the Senate will try again.

Delays in the minibus—which covers NASA, the National Science Foundation, and many others—means less time to work out the differences with the House's version of the bill. The notoriously staid Senate faces also faces a packed schedule, and combined with the looming elections in November, increases the likelihood of a stop-gap “continuing resolution” budget which would fund all agencies at 2014 levels or at the President's proposed 2015 levels, whichever is lower. 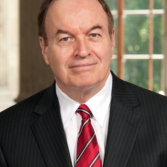 The Senate's funding bill for NASA is already facing heavy criticism for language inserted in the committee report by Sen. Richard Shelby (R-AL) that would impose strict accounting requirements on the next stage of the Commercial Crew program. The requirements would almost certainly increase costs and delay the first crewed commercial launches beyond 2017, forcing NASA to yet again extend its reliance on the Russian space agency to launch U.S. astronauts into space.

The Senate committee report also specifies cuts to NASA's Planetary Science Division (though it is a slight increase from the President's request). As reported earlier this week by our guest blogger Van Kane, the Senate provides $1.3 billion for planetary science, compared to the House's far stronger $1.45 billion. The bill also removes funding for nascent Europa mission concept studies, cuts planetary science research (which funds nearly all scientific investigations) by nearly 16% while at the same time substantially increasing support for Mars. 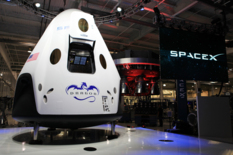 The Dragon V2 crew vehicle, as unveiled at SpaceX's headquarters in May of 2014.

The Society believes that balance is crucial to a healthy program of planetary exploration. As much as we love Mars, it shouldn't displace crucial research funding and outer planets exploration. The National Research Council's Decadal Survey report clearly states this as well.

We were hoping that the deficiencies in the Senate's NASA budget could be addressed during the conference committee, which provides the opportunity to find the balance achieved in the House's version. But if the Senate can't pass its own bill, you can't conference anything.

Question: the "language inserted in the committee report by Sen. Richard Shelby (R-AL) that would impose strict accounting requirements on the next stage of the Commercial Crew program. The requirements would almost certainly increase costs and delay the first crewed commercial launches beyond 2017, forcing NASA to yet again extend its reliance on the Russian space agency to launch U.S. astronauts into space." - How can this be? Didn't President Obama say that the US would cease all cooperation with Russia in space, and Putin responded by saying that Russia would no longer work with the US on the ISS and would abandon the ISS entirely? Where does this tug of war stand?

Siobhan: Not quite. All of the reduction in cooperation between Russia and the US in space has specifically exempted the ISS. This post goes into the subtleties about this: http://www.planetary.org/blogs/casey-dreier/2014/0520-no-russia-did-not-just-kick-the-us-out-of-the-space-station.html