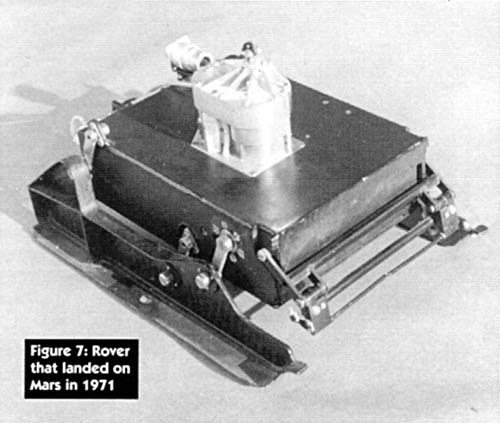 The Mars 2 and 3 rover, which landed on Mars in 1971. This may have been the first rover on Mars! Their range was to be 15 meters from the lander. The rovers moved by using skis set on either side (see photograph). The two thin bars at the front of the lander (if you look closely at the photograph, you'll see the division between them) are sensors to detect obstacles in the rover's path. The vehicle could determine on which side the obstacle lay, step back, change direction and try to go around it. Unfortunately, neither vehicle completed its mission: Mars 2 crash-landed on the planet and Mars 3 ceased transmissions 20 seconds after landing.

Original image data dated on or about December 2, 1971 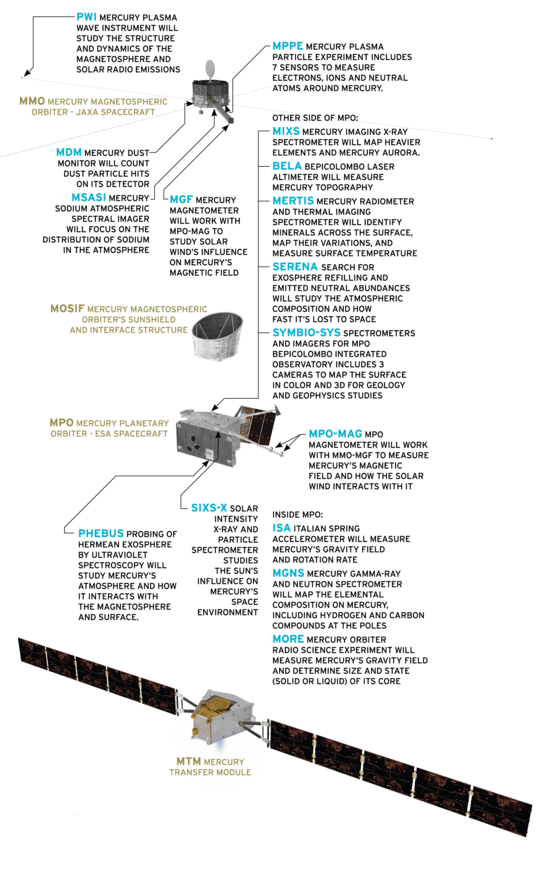 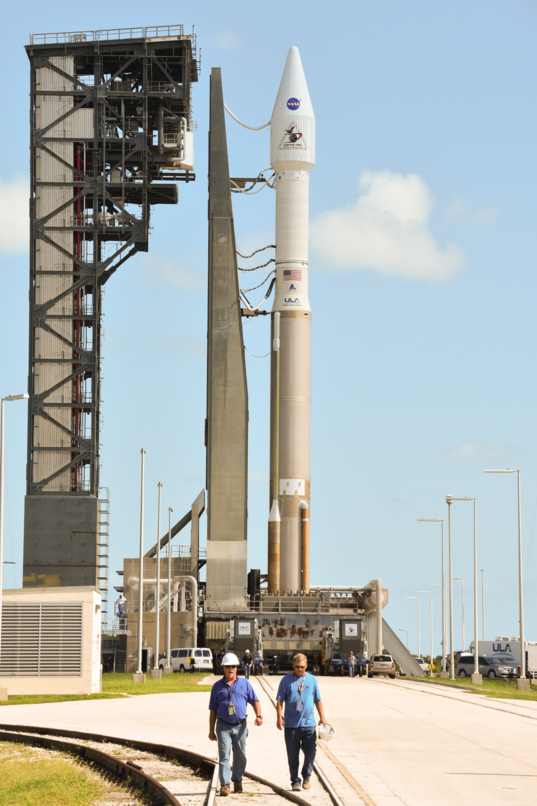 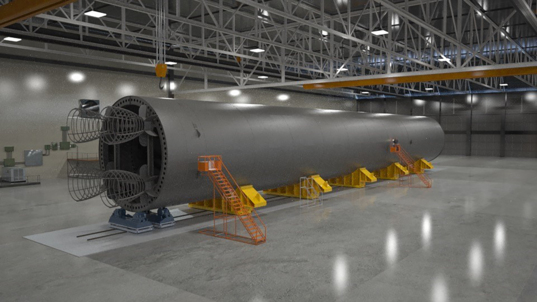 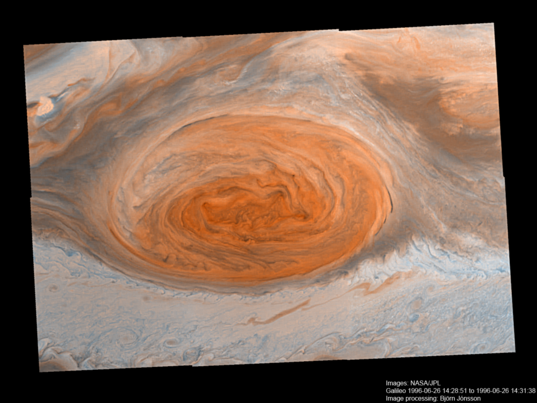 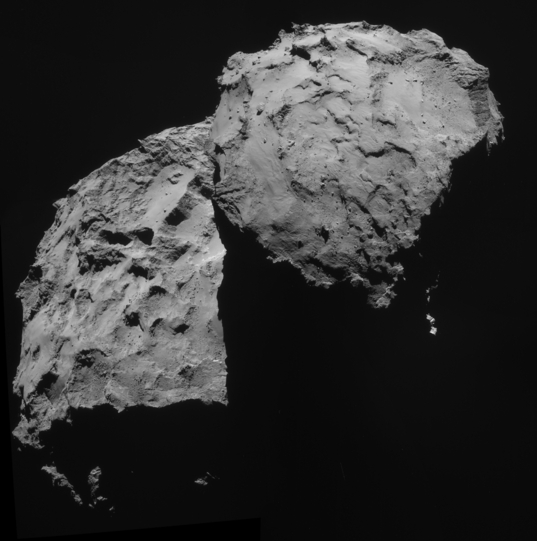