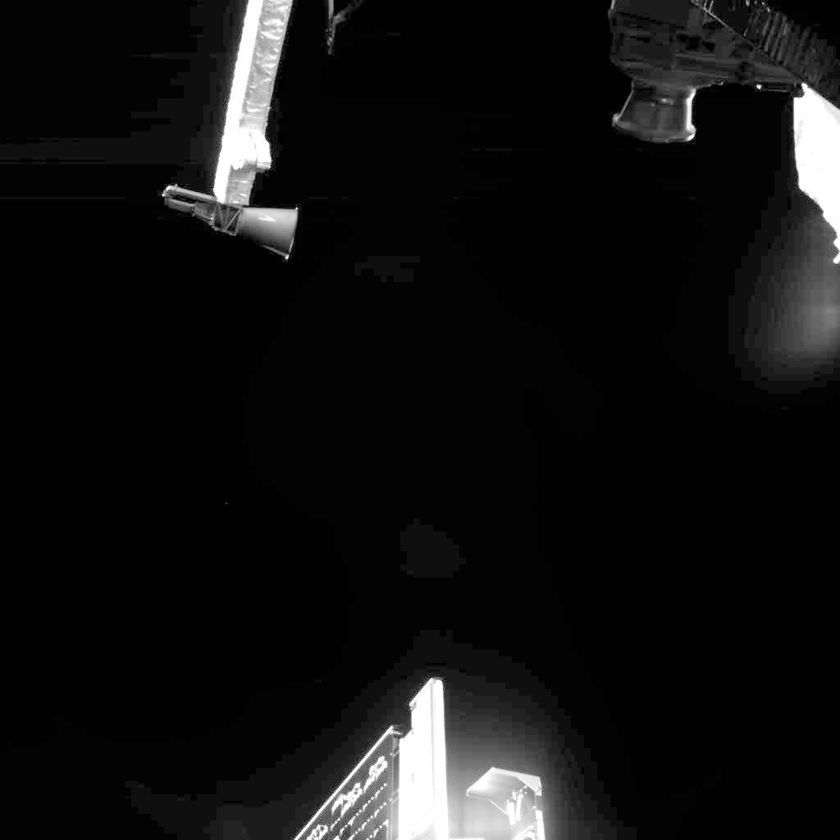 The BepiColombo Mercury Transfer Module (MTM) returned its first image of the deployed medium-gain antenna onboard the Mercury Planetary Orbiter (MPO) on 21 October 2018. The actual deployment took place the day before, the same day as launch. The medium-gain antenna and part of the Sun-illuminated antenna boom is clearly seen at the top left; the cone-shaped antenna points to the right. At the very top right of the image the honeycomb structure of the MTM is visible, where the camera is mounted and looks out into space. One of the hold-down release mechanisms of the MTM solar array is also seen – this is the cone-like structure facing down. A glimpse of the MPO is seen in the background; its white multi-layered insulation is overexposed in the image. A section of one of the solar arrays of the MTM is seen at the bottom of the image, together with a hold-down bracket on the yoke.

Original image data dated on or about October 21, 2018 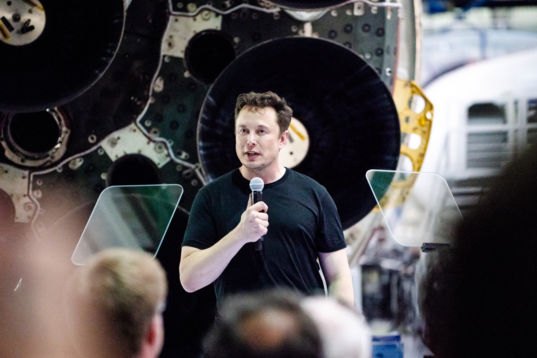 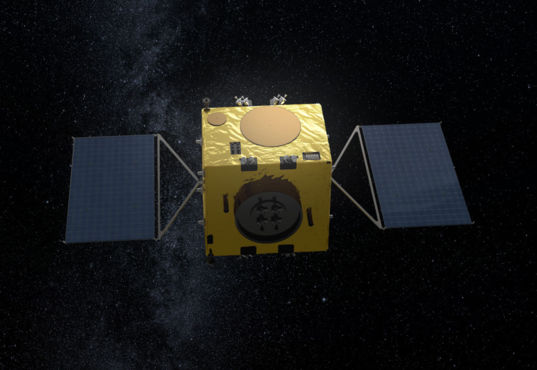 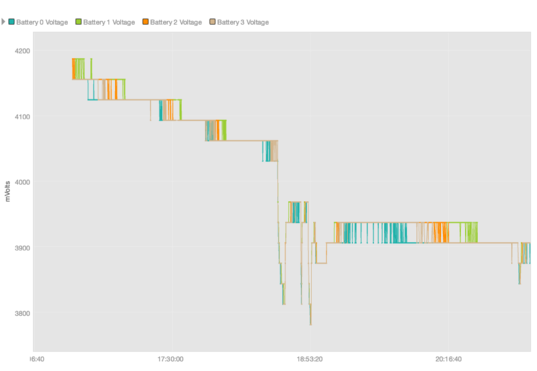 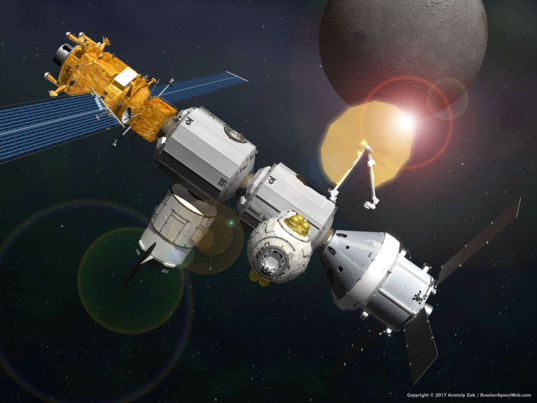 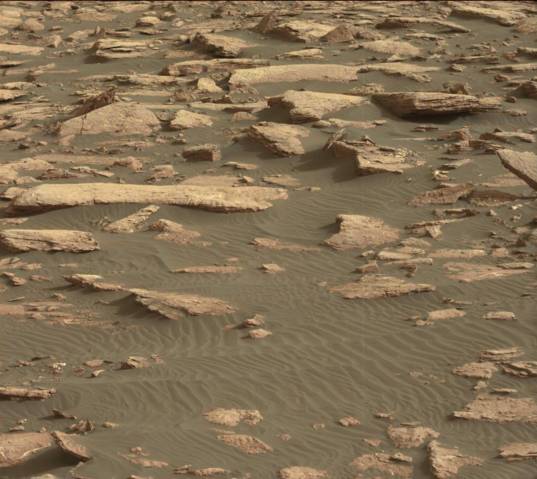 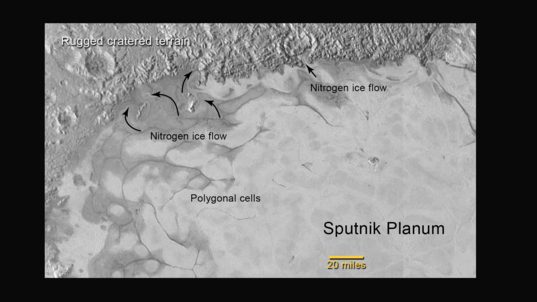