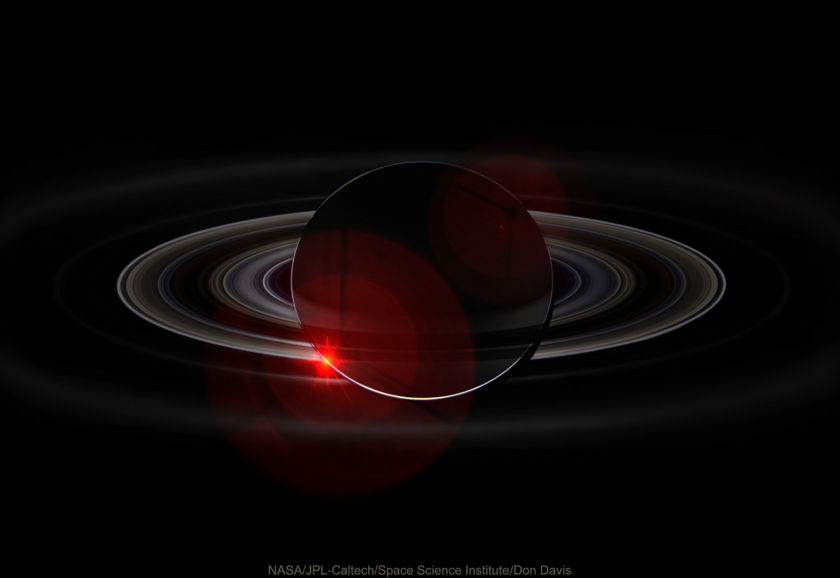 The celebrated backlit rings mosaic of 15 September 2006 was assembled, shortly before the official release, from the RGB raw jpegs. A frame showing lens flare from the Suns last light was included assuming that light would appear red.

I wanted to make a version of this sight that would recall the Apollo 12 photos of the Sun going behind the Earth. The 'lens flare' shows the color of this last light of the setting distant Sun as I imagined it.

Original image data dated on or about September 15, 2006 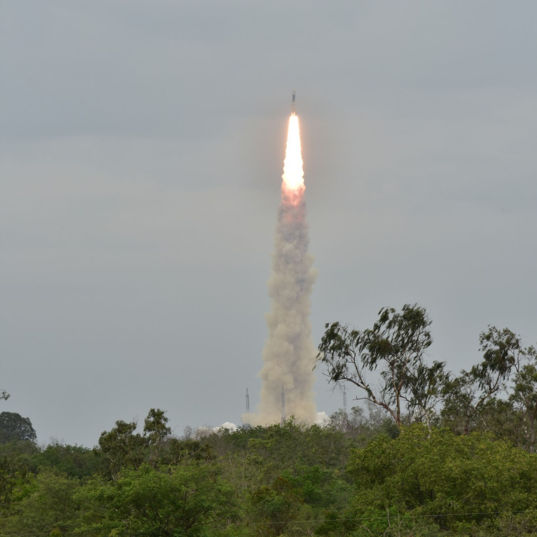 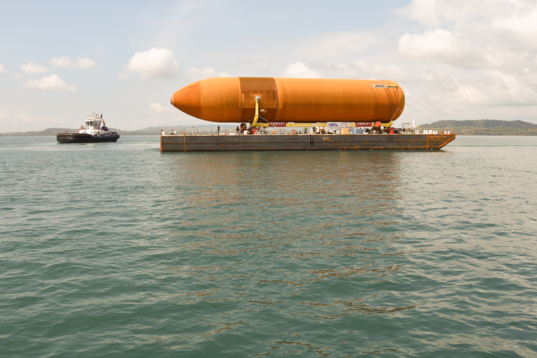 ET-94 in the Atlantic 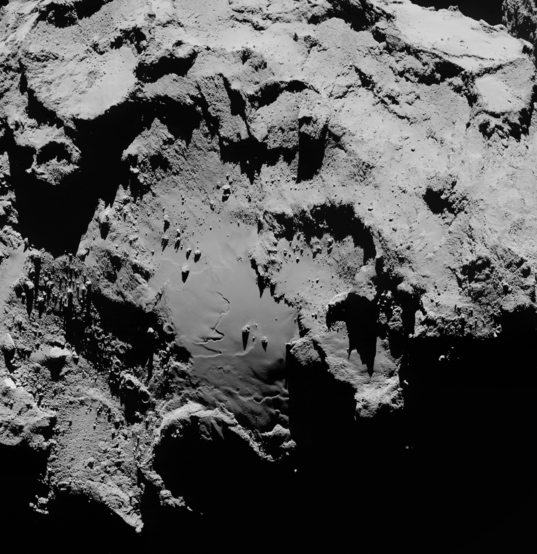 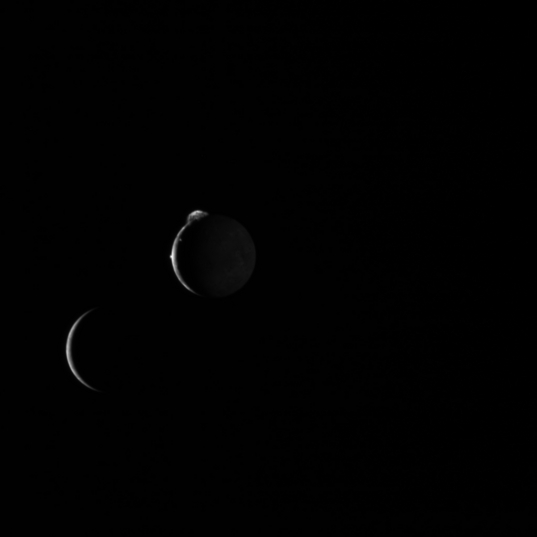 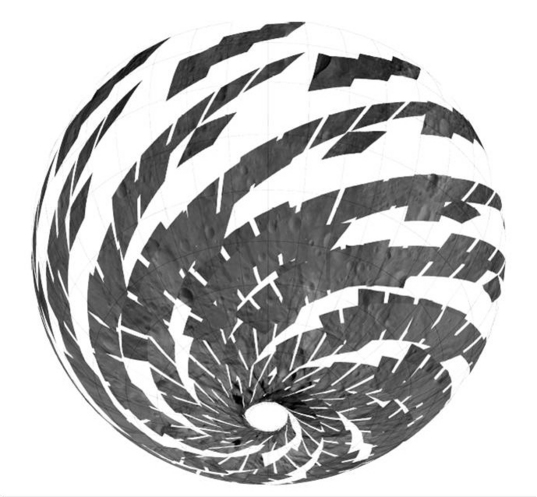 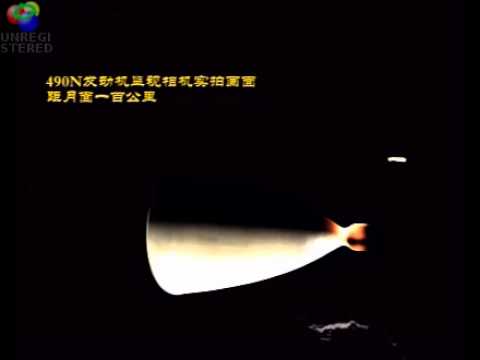