New Horizons passed through the orbit of Neptune on August 25th. By cosmic coincidence, this was the 25th anniversary of Voyager 2’s flyby of that big, blue world. We catch Principal Investigator Alan Stern right after a celebration in Washington. Alan also talks about the Rosetta comet mission and a new Uwingu initiative. Emily Lakdawalla shares a gorgeous new image of Neptune based on Voyager data. Bill Nye tells us why a major ground test of the LightSail solar sail was cancelled. Waiting for an easy space trivia contest question? This is your week! 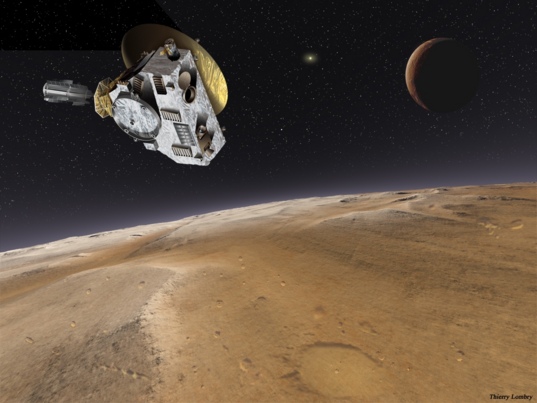 In Earth years, how long is a Pluto year?

Complete the contest entry form at http://planetary.org/radiocontest or write to us at planetaryradio@planetary.org no later than Tuesday, September 2, at 8am Pacific Time. Be sure to include your name and mailing address.

What were the names of the five pocket mice flown on Apollo 17?

The two chemical elements discovered in 1803 and named after asteroids are Cerium and Palladium.