The first of two episodes about our journey to Chile’s Atacama Desert, home to the ALMA Observatory, the radio telescope that is humanity’s most ambitious astronomy project.  Join Mat Kaplan among the giant dishes at 16,500 feet above sea level. Bill Nye talked with a congressman about saving planetary science, and Bruce Betts has the latest on comet Pan-STARRS.  You may win Bill Nye’s voice on your answering system! 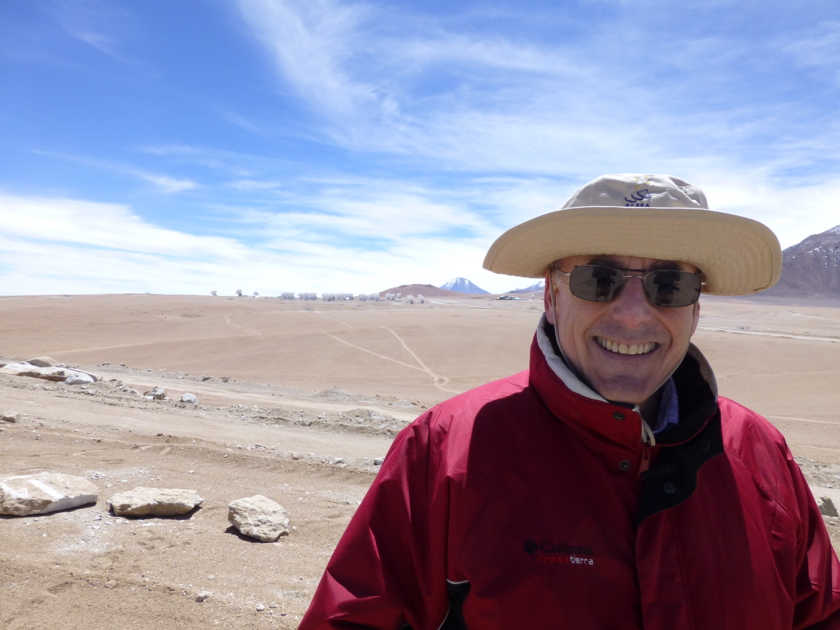 This week's question:
What surface feature on Venus is taken as defining the prime meridian? (Longitude 0 degrees)

To submit your answer:
Complete the contest entry form at http:planetary.org/radiocontest no later than Monday, March 25, at 2pm Pacific Time.

Last week's question:
What is the highest permanent astronomical observatory, and how high is it?

Question from the week before:
In what country and state or province was the beryllium mined for the James Webb Space Telescope mirror segments?

Answer:
In the US state of Utah

I realize that it may be the (new?) official name of the project, but "Millimeter/sub-millimeter" makes the name a bit confusing. If you're going to use it though, I guess it'll help to stick with their exact syntax, "Millimeter/sub-millimeter" with the slash and NO spaces. You have it typo'd in a few places (e.g. in the linked expert profile pages) and I had to stare at it for a while before I figured out what the new name meant. "Large millimeter sub millimeter", say what now? :) Looking forward to more Atacama Diary entries! When you're done, be sure to put together a post that collects them all together.

Thanks for the comment, Chris. Yeah, you're right. I was sloppy here and there, but it IS a confusing title. I stupidly thought the reference was to "large millimeter" till I realized they were talking about a large array, which it certainly is! I'm glad you enjoyed those few Atacama Diary posts. I felt terrible about not continuing them, but I didn't figure on the inconsistent net access we'd have in San Pedro de Atacama, or how incredibly busy our NRAO hosts would keep us! That's not a complaint. I hope you enjoy the two Planetary Radio episodes I devoted to the trip, now complemented by the nearly complete interviews with several of my guests posted here: http://www.planetary.org/blogs/mat-kaplan/ .