The White House released its Presidential Budget Request (PBR) for NASA's fiscal year 2020 on 11 March 2019, followed by a supplemental budget request on 13 May. Together they proposed a top-line NASA budget of $22.6 billion—a 5% increase compared to the previous year. The supplemental request was released in response to a Presidential directive to land astronauts on the Moon by 2024.

Congress passed a compromise budget in late December that allocated the $22.6 billion requested, but distributed the funding differently throughout the space program. The final FY 2020 NASA budget provided less funding than requested for the lunar landing effort while restoring all major programs slated for cuts under the presidential budget request. President Trump signed this budget into law on 20 December 2019.

To learn more about NASA's budget, visit our "What is NASA's Budget?" page.

All values are in millions of dollars. Directorate/top-level line-items are in boldface, divisions and major projects are in standard formatting; sub-programs are in italics. All major directorates are listed but not all sub-divisions or projects are included here. Due to rounding, entries may not add up to the total budget amounts. *Includes the supplemental FY 2020 budget request released in May 2019.

NASA's budget during the Trump Administration. The vertical axis displays both NASA's total congressional appropriation in billions of dollars and the amount requested by the President. The horizontal axis is fiscal years. NASA's full budget history dataset is available to view or to download as an Excel spreadsheet.

All values are in millions of dollars. *Includes the supplemental FY 2020 budget request released in May 2019.

Note: all quotes are from NASA's FY 2020 request and the supplemental request.

On 22 May 2019 the House Appropriations Committee approved its Commerce, Justice, and Science (CJS) appropriations legislation for FY 2020, which includes NASA. The bill ignored the White House supplemental budget request and instead increased funding for Earth Science, Astrophysics, and STEM Outreach/Education programs. It also provided funding to continue the WFIRST space telescope and all Earth Science missions proposed for cancellation.

On 26 September 2019, the Senate Commerce Appropriations Committee approved its legislation for NASA's FY 2020 appropriation. The proposed bill provides partial funding human lunar landing systems, augments the SLS budget to support development of the Exploration Upper Stage, and rejects all proposed program cancellations, same as the House bill. The Senate voted 84 - 9 in on a "minibus" (combined appropriations package) which included the CJS bill on 31 October 2019.

Congress released the final compromise legislation to fund the U.S. government on 16 December 2019 in two "mini-bus" packages, one combining Defense, CJS, Financial Services and General Government, and Homeland Security (H.R. 1158) and the other containing the remaining areas of the federal government. NASA received $22.6 billion in this compromise. The final legislation rejected every White House proposal to cancel major programs and provided some—but not all—of the funding requested for human-qualified lunar landing systems to achieve the 2024 lunar landing goal. The Senate passed this bill 81 - 11 on 19 Dec 2019.

President Trump signed H.R. 1158 into law on 20 Dec 2019, averting another government shutdown and closing the book on NASA's FY 2020 budget.

All values are in millions of dollars. Directorate/top-level line-items are in boldface. Smaller projects are in italics. Not all sub-divisions or projects are included here. Due to rounding, entries may not add up to the total budget amounts. *Includes the supplemental FY 2020 budget request released in May 2019. For consistency, JWST is considered as a line-item separate from Astrophysics. 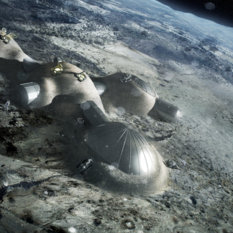 A Crash Program or Modest Proposal?

The White House released a long-awaited supplemental budget request for NASA today. It proposes an additional $1.6 billion for an accelerated human spaceflight effort to land on the Moon in 2024. This boosts the President's budget request for NASA to $22.6 billion in fiscal year 2020, which is approximately $1.1 billion or 5% more than the amount provided by Congress last year.

Highlights from the hearing, 'Keeping our Sights on Mars: A Review of NASA's Deep Space Plans' held on May 8th in the House of Representatives. 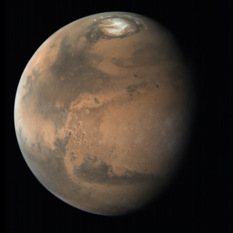 The President's Budget Request for NASA in 2020 would start a Mars Sample Return mission and ramp up efforts to send humans to the Moon. But it would still kick off the first year of a new decade with a half-billion dollar cut to the space agency.