Your Guide to CHEOPS

Measuring the diameter of exoplanets

CHEOPS, the CHaracterising ExOPlanet Satellite (pronounced "KAY-ops"), is a space mission to precisely measure the diameters of known exoplanets

We now understand that there are about as many planets in our galaxy as there are stars. We’ve detected more than 4,000 of them. Is Earth unique, or are there other worlds that could harbor life? Are there other planetary systems like ours out there, or are we unusual? To answer these questions, we must go beyond detection.

CHEOPS will be the first mission designed to follow up exoplanet discoveries, characterizing already-known exoplanets. The first facts we need about exoplanets are their diameters and masses. From diameter and mass we can calculate a planet's density, which tells us whether an exoplanet is rocky like Earth, mostly gas like Jupiter, or in between, like Neptune. CHEOPS will measure the diameters of known exoplanets. 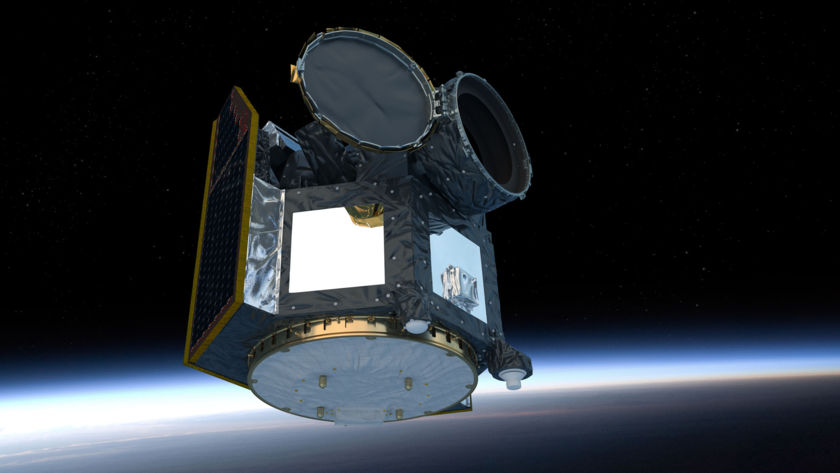 How CHEOPS will measure exoplanet sizes

CHEOPS will launch into a polar orbit, positioned roughly along Earth's terminator where day turns to night. The spacecraft has a single science instrument: a specialized camera called a photometer. Starlight reaches the photometer via a 32-centimeter-wide telescope. The telescope will point directly away from the Sun for observations and use a sunshield to stay cool.

CHEOPS will observe transits of Earth-to-Neptune-sized exoplanets and measure their diameters within 10 percent. That information, combined with mass estimates from other exoplanet-hunting techniques like radial velocity, should tell us what more of these worlds are like. The most common size of exoplanet lies between Earth and Neptune—super-Earths or sub-Neptunes—and we don’t yet know whether that type of planet can host a habitable environment. CHEOPS will help us identify those worlds so that current and future space- and ground-based telescopes can then take a closer look at their atmospheres.

How big is CHEOPS?

CHEOPS is about the size of a golf cart, measuring just 1.5 meters high with a hexagonal footprint 1.6 meters across. It has a mass of 280 kilograms with propellant. 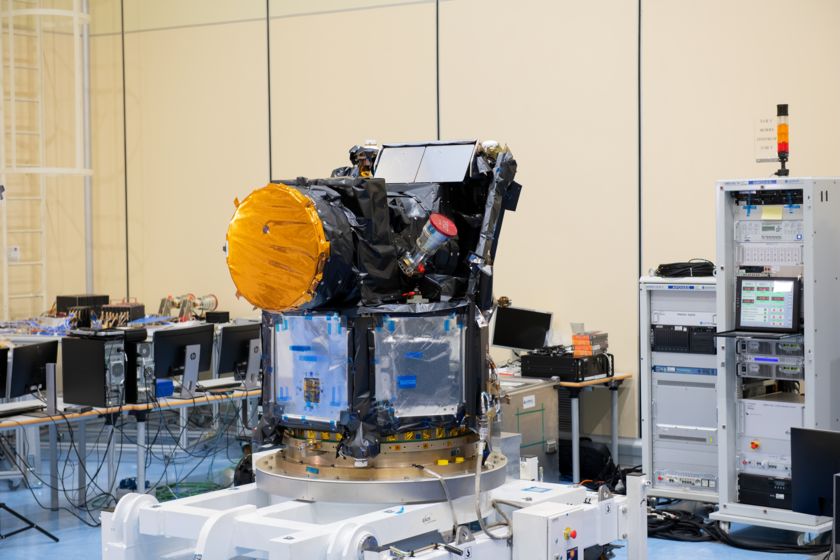 CHEOPS, the CHaracterising ExOPlanet Satellite, sits in a clean room at Airbus Defence and Space in Madrid, Spain before launch.