Even through a powerful ground-or-space-based telescope, stars look like tiny points of light. Planets are even tinier, and are very difficult to spot next to their bright host stars. Therefore, scientists rely on indirect methods, like looking at the stars themselves for signs that planets might be orbiting them. 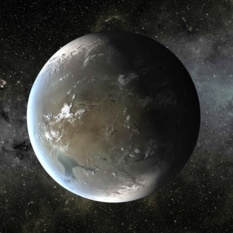 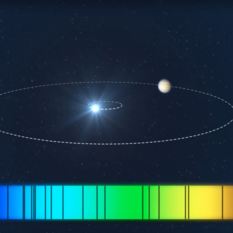 Exoplanets and their stars pull on each other. We can’t see the exoplanet, but we can see the star move. The star’s motion makes its light bluer and redder as seen from Earth. 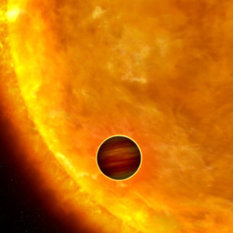 Down in Front!: The Transit Photometry Method

When an exoplanet passes in front of its star, we can't see the planet, but we can see the starlight dim. Repeat transits tell us an exoplanet's orbit size and shape. 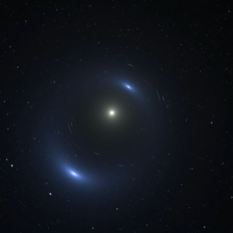 Star gravity makes space bend near it. When a star passes in front of another star, it bends the distant starlight like a lens, making it brighter. If the lensing star has an exoplanet, it acts like another lens, making the star even brighter. 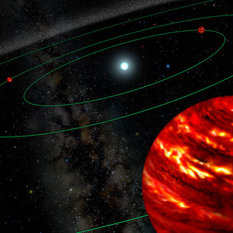 Exoplanets and their stars pull on each other. We can’t see the exoplanet, but we can see the star move. The star’s motion compared to other stars shows that an exoplanet exists. 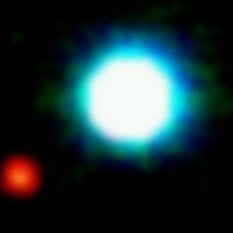 Fireflies Next to Spotlights: The Direct Imaging Method

In some cases, we can actually see exoplanets next to their host stars and track their orbits. 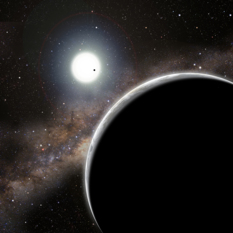 Unseen planets can make themselves known by the gravitational tugs they exert on other planets and stars. These tugs cause variations in the timing of predictable events. By observing timing variations, astronomers can infer the presence of another world. 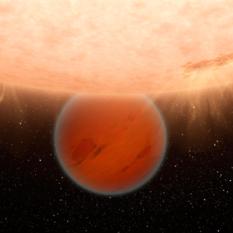 Even if exoplanets don’t pass in front of their host stars as seen from Earth, they can still cause detectable variations in a star’s apparent brightness, with the combined brightness of star and planet changing over the course of the planet’s orbit.

How We Search for Exoplanets Infographic

As of 2020, we have discovered more than 4,100 exoplanets outside our solar system, and we keep finding more.