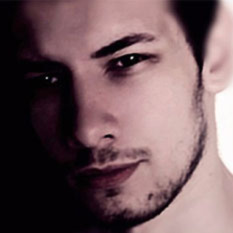 Roman Tkachenko is a music producer, songwriter, arranger and remixer from Kursk, Russia. Music is his main occupation, but he also has different hobbies, one of which is astronomy. He has always been fascinated by this science, and it’s another great passion of his besides music. he loves to show the world something more than they can see in simple unprocessed images taken in space missions. He tries to demonstrate what actually lies behind those raw unprocessed pictures. He's not a graphic designer or specialist in this area, but he loves to create 3D renders and videos of Pluto, Charon and other objects of the Solar System. He has a Twitter account and YouTube channel dedicated to this theme. 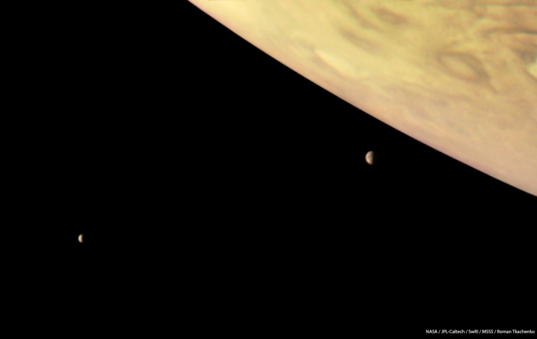 This color-enhanced image of Jupiter and two of its largest moons – Io and Europa – was captured during Juno's eighth flyby of the gas giant planet. The image was taken on September 1, 2017 at 22:14 UTC. At the time the image was taken, the spacecraft was about 27,516 kilometers above the planet's cloud tops at a latitude of 49.372°S. Io is visible closer to Jupiter. In the distance (to the left) is Europa. Scale on Io is 324 km/pixel; on Europa, 492 km/pixel. 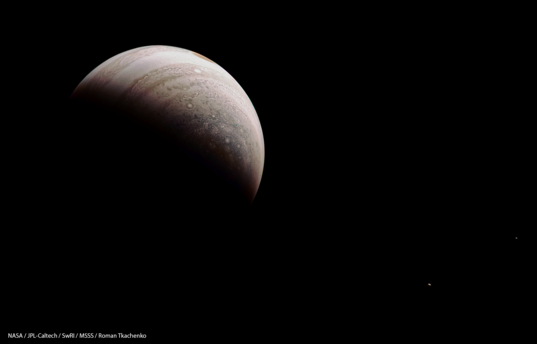 Crescent Jupiter with Europa and Io from Juno

Crescent Jupiter, with two of its moons, Europa and Io, as seen by Juno during its fifth flyby on March 27, 2017. 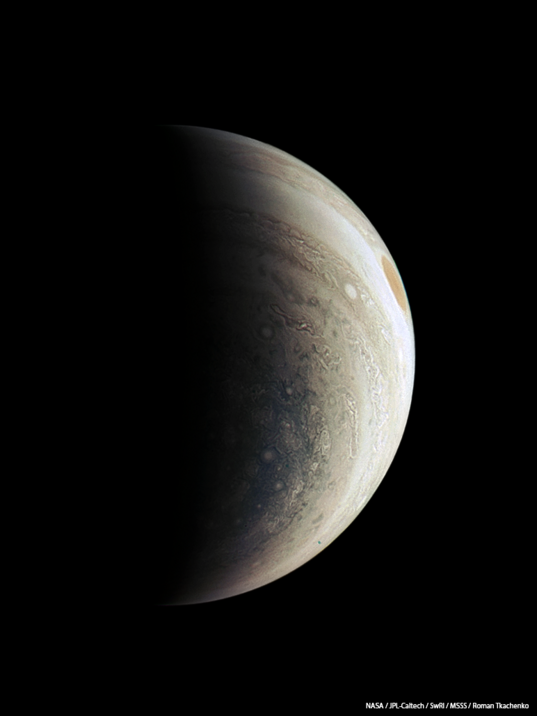 Crescent Jupiter and the Great Red Spot from Juno

Juno captured this view of Jupiter during its fifth perijove flyby on May 7, 2017.