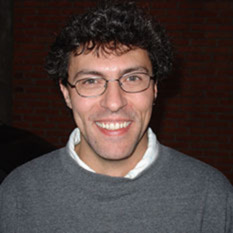 Dr. Miguel Alcubierre is a Mexican theoretical physicist. Born in Mexico City, he moved to Wales in 1990 to attend graduate school at theUniversity of Wales, Cardiff, UK. He received his Ph.D. for research innumerical general relativity in 1994.

After leaving Wales in 1996, he worked for a time at the Max Planck Institute for Gravitational Physics in Potsdam, Germany, where he developed new numerical techniques to describe the physics of black holes. Since 2002 he has worked at the Nuclear Sciences Institute of the National Autonomous University of Mexico (UNAM), where he conducts research in numerical relativity, the effort to employ computers to formulate and solve the physical equations first proposed by Albert Einstein.

Miguel is best known for his Alcubierre drive, a theoretical means of traveling faster than light that does not violate the physical principlethat nothing can locally travel faster than light. He authored The Warp Drive: Hyper-Fast Travel Within General Relativity. Watch or listen to his presentation on Simulation of Binary Back Holes at KITP Conference: Gravitational Interaction of Compact Objects. Listen to hisPotsdam-3+1 Group Report which discussed the 3+1 decomposition of the Einstein field equations in relation to Colliding Black Holes: Mathematical Issues in Numerical Relativity. Read the Discovery Channel article Warp Drive. He appeared on the Discovery Channel special How William Shatner Changed the World.

He coauthored Symmetry without Symmetry: Numerical Simulation of Axisymmetric Systems using Cartesian Grids in International Journal of Modern Physics D, Test-beds and Applications for Apparent Horizon Finders in Numerical Relativity in Classical and Quantum Gravity, The 3D Grazing Collision of Two Black Holes in Physical Review Letters, and Gravitational Collapse of Gravitational Waves in 3D Numerical Relativity and A Conformal Hyperbolic Formulation of the Einstein Equations in Physical Review D.

Miguel’s solitary wave solutions of the Einstein field equations offer the unexpected possibility that general relativity may prove consistent with the experimentally verified non-locality of quantum mechanics. This assuages the fear that quantum non-locality would ultimately require abandoning the mathematical structure of relativity. 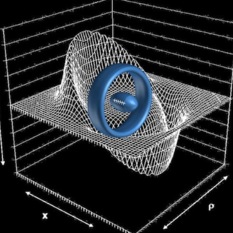 Inspired by Star Trek, distinguished physicist Miguel Alcubierre developed the general relativity-based model for warp drive 20 years ago. Hear why he doubts it will ever be a reality, and learn about his current research on gravitational waves.