No plumes? No problem. How Europa Clipper will analyze an icy moon's ocean

One of the recurring highlights from NASA's Cassini mission at Saturn was the moon Enceladus, which boasts beautiful plumes spraying water from its subsurface ocean into space. There's evidence suggesting Enceladus is habitable, and its plumes are beacons begging us to explore further.

We aren't going back to Enceladus anytime soon, but in the mid-2020s, we're going to a similar icy moon with a subsurface ocean: Europa. NASA's Europa Clipper will investigate whether Europa is habitable, and scout for a good place to send a future lander for a closer look.

Europa doesn't appear to have plumes—at least, not like the ones at Enceladus. Because of that, my preconceived notion was that Enceladus would be an easier place to search for life, since a spacecraft there could frolic happily in its plumes, directly examining what's in the ocean.

I was wrong. There's plenty of stuff to sample in the actually-not-empty space around Europa to unpack what's in the ocean, and Clipper will be far more advanced in this capability than Cassini. Europa is every bit as interesting as Enceladus, and one Clipper instrument in particular will help discover a "menu" of compounds on which life there could potentially thrive. 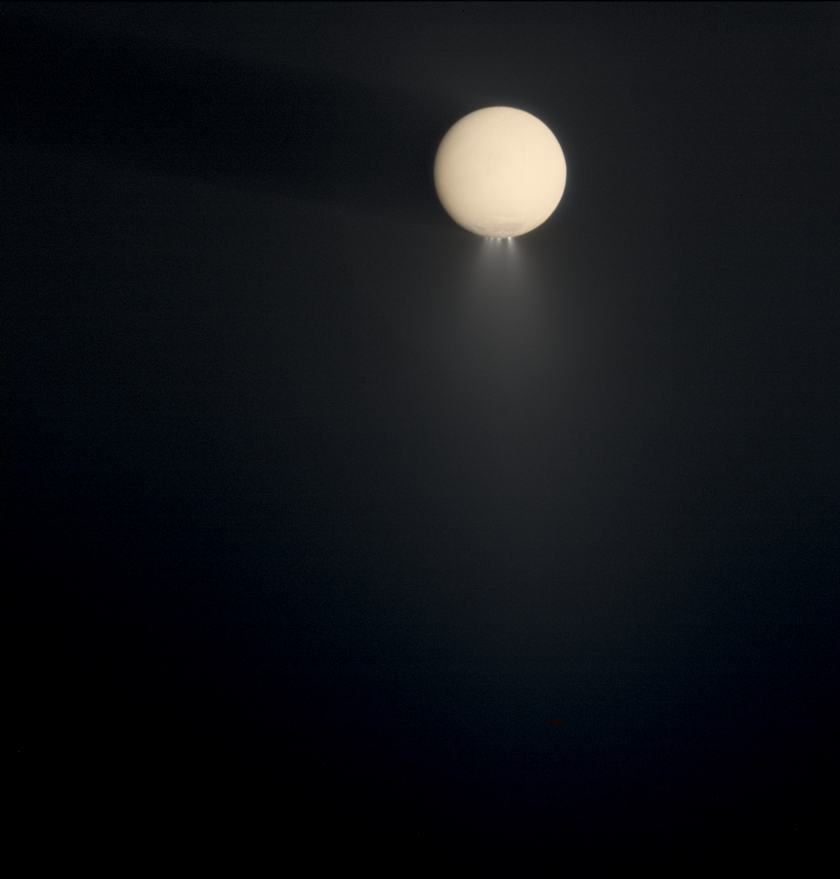 The Clipper mission won't find plumes like these at Europa.

If you want to know what's in a subsurface ocean, but aren't capable of drilling through tens of kilometers of ice to find out, one option is a mass spectrometer. By sampling the particles and vapors coming from Europa, scientists can "weigh" specific compounds and figure out exactly what's in the ocean. Clipper actually has two mass spectrometers; one is optimized for solid particles (SUDA, the Surface Dust Analyzer) and the other for gases (MASPEX, the MAss Spectrometer for Planetary EXploration). SUDA and MASPEX will work as a team, but for simplicity, this article will focus on MASPEX.

MASPEX works by ingesting some gas near Europa and zapping it with a beam of electrons. This, in turn, strips electrons off the compounds in the gas, which ionizes them—that is, it gives them an electric charge.

The ions are shunted through an electric field, which accelerates them because they have a charge. Ions from different gases accelerate differently according to their weight, so the electric field creates a little highway where heavy ions travel slower, and lighter ions travel faster. The highway enters a magnetic field, which pushes the ions into lanes based on their speed. The highway ends at an electronic detector, which functions like a toll booth, counting the number of ions in each lane. Those toll booth counts reveal what compounds, and how much of each, were in the gas sample. 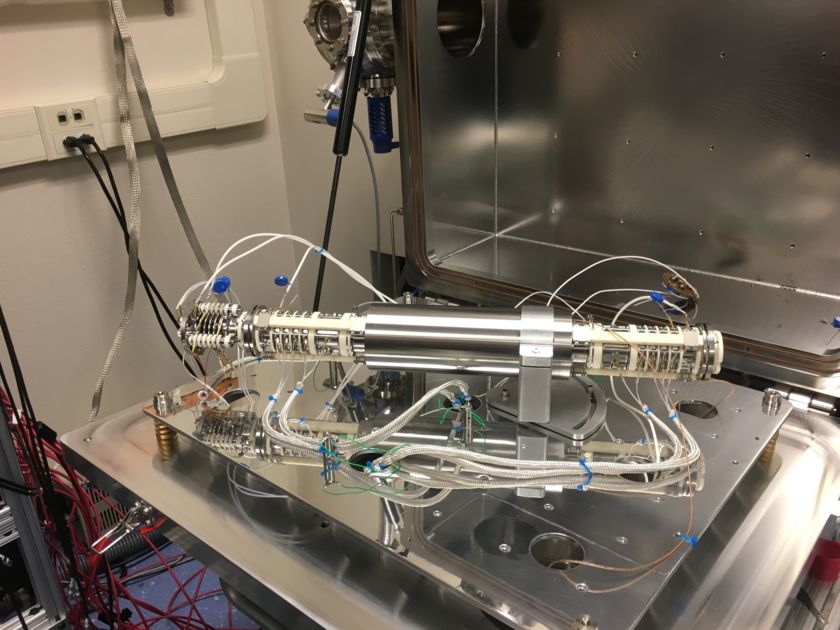 MASPEX is under construction at the Southwest Research Institute in San Antonio. The principal investigator is Hunter Waite, who leads a team of deputy and co-investigators that includes Chris Glein (Glein is a pending co-I). Both Waite and Glein hail from SwRI, and have prior experience with Cassini's Ion Neutral Mass Spectrometer (Waite was the PI). The two were co-authors on a key paper announcing the discovery of molecular hydrogen in Enceladus' plumes, which bolstered the odds for the moon's habitability.

Plumes or no plumes?

The Hubble Space Telescope has looked for plumes around Europa several times, with mixed results. Twice, Hubble saw what looked like a plume coming from the same surface location, but during other observations it saw nothing. In the end, the results were slightly ambiguous, despite the fact that scientists pushed the telescope's capabilities to the limit.

When Cassini flew by Jupiter en route to Saturn in 2000, it saw what looked like a faint torus of water around Jupiter matching Europa's orbit. Something is definitely coming from the surface; the question is, what? Could the Europan definition of a plume be different from that of Enceladus? Perhaps the "plumes" could be weak outgassing from the moon's interior (Earth's Moon does something similar), or molecules getting knocked off the surface by Jupiter's intense radiation.

"It almost seems like it becomes a religious or philosophical point as to whether there are plumes or not," said Hunter Waite in a recent phone interview. "Whereas the answer is there are plumes—we just don't know how big they are."

Hubble saw about 1,000 kilograms of material per second coming from Europa. MASPEX on Clipper will be able to analyze a mere 1 kilogram of material per second—1,000 times less than Hubble. "We can look at a lot less dramatic features and obtain extremely interesting information," Waite said.

In the unlikely event MASPEX doesn't get to sniff anything plume-like, there's still probably ocean samples getting knocked off the moon's surface. Europa is littered with cracks and fissures where water and other compounds may ooze onto the surface. Jupiter's radiation splits that water apart, turning minerals and possibly organics dissolved in the water rust-colored, while also blasting some of them into space.

Because there are so many potential sources for what MASPEX sees, a fair amount of detective work, in tandem with other Clipper instruments, will be required to tell Europa's full story. Detecting hydrogen, for instance, could mean there are hydrothermal vents on the ocean floor (this was the conclusion at Enceladus, per the above-referenced paper). But hydrogen can also be created from the radioactive bombardment of surface materials, so the MASPEX team must be careful when pinpointing suspected sources of the compounds they detect. They can do this through a variety of methods, including correlating detections to surface geology, comparing the results to known abundances of compounds from other sources (like interstellar dust) and tracking the altitude, velocity and direction of the materials collected. 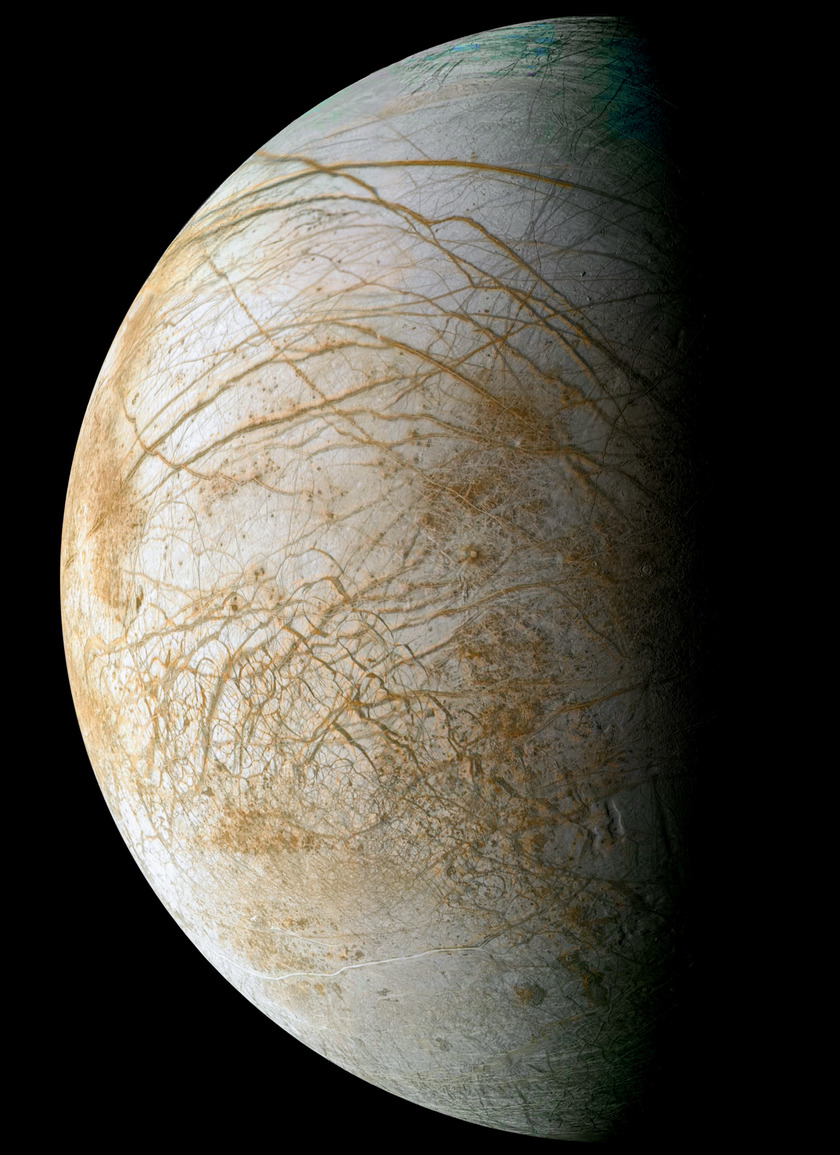 A menu for microbes

By measuring Europa's ocean molecules, scientists hope to create a menu of chemicals that microbes use to sustain themselves. Life as we know it requires energy to survive. In the absence of light, it gets that energy by combining certain chemicals, much like rockets that combine fuel and an oxidizer to blast into space.

NASA scientists recently showed molecular hydrogen, which is practically candy for microbes, can be produced below hydrothermal vents. The oxidant needed to release the energy stored in that hydrogen could be a lot of things, including oxygen or even carbon dioxide. Oxygen is produced on Europa's surface by Jupiter's radiation, which frees stray oxygen molecules that find their way to the ocean through the planet's ice plates, which smoosh, grind and slide underneath one another.

Once MASPEX produces a menu for potential life, the next step is proposing recipes. "That can add this new dimension towards understanding exactly how habitable Europa is in more than just a hand-waving fashion, to actually have real hard numbers to start talking about what's cooking,” said Chris Glein.

I asked Waite and Glein to consider their dream MASPEX result. What would they ideally find?

Organics, for starters. Alone, organics are not an indicator of life—they're everywhere in the solar system, and even hostile environments like comets and Saturn's moon Titan have them—but they are considered the building blocks of life, ready to proceed to the next step should they have the right environment.

A second wish would be detecting "chemically reduced molecules" like methane, ammonia, and hydrogen sulfide, which should only exist if something interesting is happening beneath the Europa's ice. The moon's oxidized, radiation-flooded surface "is the exact type of place a methane molecule doesn't want to be,” Glein said, meaning any methane found probably comes from the ocean.

If we find organics and chemically reduced molecules spewing from Europa, it could mean the ocean is teeming with life. Or it could be another process at work. And we might not be able to tell for sure until a future lander mission gives us a better look.

"You'd at least have that really fundamental, profound interpretation,” said Glein. "And then we'd probably argue about that to death for the next ten years or so."

Thanks Jason for the further insights into the work that Clipper will perform. This is gonna be an amazing mission. The more I think about it, the more obvious it becomes that NASA (and any other capable nation's agency) should be almost "dropping everything" and racing off to BOTH Europa and Enceladus. [Well, I don't quite mean that literally, but almost.] I mean, if we had hard evidence that Mars, The Moon, Venus or Mercury was recently venting liquid water (or recently liquid, ie originally warm, water) to the surface, EVERYONE would have been racing to those vents YESTERDAY, and many times! Presumably it is just the "alienness" of the fact that this is happening on more outlying bodies, plus the fact that the knowledge of this is still very young, that has prevented the whole topic from becoming much more front-of-mind than it is. (Obviously it is also more expensive to get there.) Obviously, also, some very able people are doing what they can. But, all-in-all, these stupendously exciting and juicy targets still don't seem to have engendered the frenzied attention, effort and expenditure that they both warrant. We need to do Enceladus as well as Europa, and to have the Europa lander going full-speed immediately also.

It's all about extraterrestrial life. Why do y'all think that Russia and the US have basically given up on Venus? Why do y'all think Russia and the US haven't sent anything to land on the Moon? I know that China has, but that was a national prestige thing. No life, why bother? As to plumes on Europa, have they gotten any photographs from the Voyager 2 and Hubble?...there are also plumes on Ceres.....

I really hope they do the lander as well. Was listening to a spacepod episode (https://www.listentospacepod.com/episodes/2018/1/14/116-extraterrestrial-seismology-with-dr-panning) which was fascinating in how much information could be learned from a seismograph if they can get it to the surface. A very interesting listen if you don't already follow this podcast!