The first-known asteroid from another solar system officially has a name, and a Planetary Society-funded asteroid hunter is among those who spotted it during its brief visit to Earth's skies.

Observers at Hawaii's Pan-STARRS 1 telescope chose the name ʻOumuamua for the small, interstellar visitor they discovered on October 19. The Hawaiian word reflects how the asteroid is like a scout reaching out from the distant past.

One week after the discovery, asteroid hunter Luca Buzzi tracked ʻOumuamua from northern Italy with a 50-minute image exposure on October 26. In an email, Buzzi said he fought thin cirrus clouds to barely pull the asteroid above the visual threshold using his 0.84-meter telescope and Planetary Society-funded CCD camera. He ordinarily uses the equipment to track potentially hazardous near-Earth asteroids. 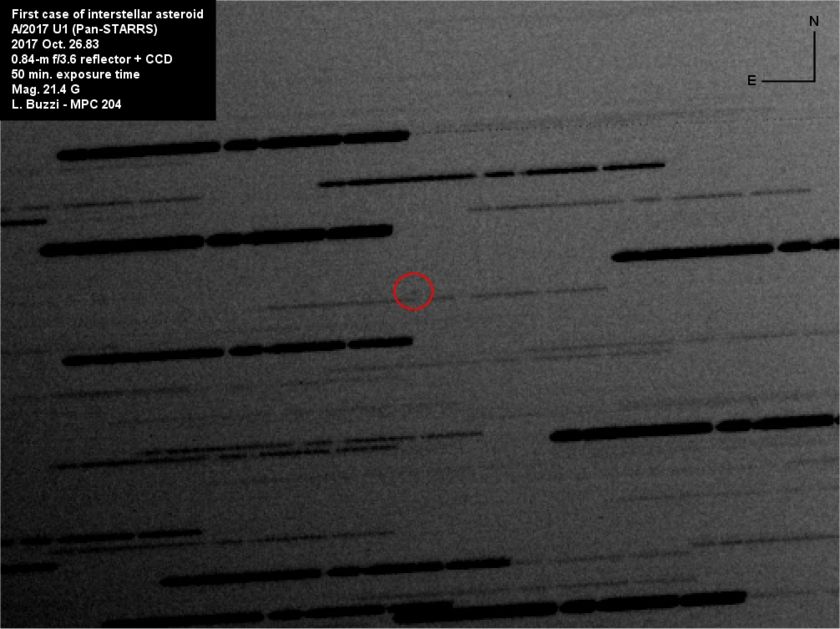 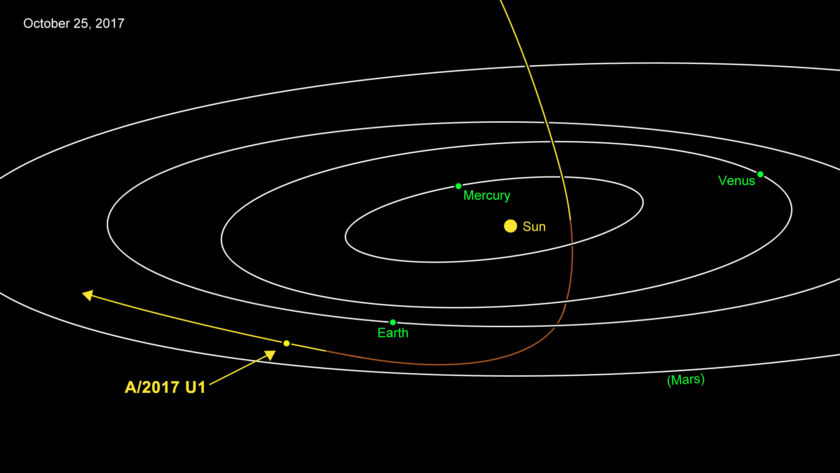 The path of ʻOumuamua

ʻOumuamua made its closest approach to the Sun on September 9. It is less than 400 meters in diameter, and has a hyperbolic trajectory that can be backtracked to the constellation Lyra. In a bulletin from the International Astronomical Union Minor Planet Center, Gareth Williams said if the object came from our own solar system, the IAU wouldn't ordinarily give it a name. But in this case, he wrote, "Due to the unique nature of this object, there is pressure to assign a name."

Additionally, the IAU had no designation scheme for an interstellar object. Here's how they solved both problems:

A solution has been proposed that solves the problem. A new series of small-body designations for interstellar objects will be introduced: the I numbers. This new sequence will be similar in form to the comet numbering system and assignment of the numbers will be handled by the Minor Planet Center.

Provisional designations for interstellar objects will be handled using the C/ or A/ prefix (as appropriate), with the designation using the comet system.

Accordingly, the object A/2017 U1 receives the permanent designation 1I and the name ʻOumuamua. The name, which was chosen by the Pan-STARRS team, is of Hawaiian origin and reflects the way this object is like a scout or messenger sent from the distant past to reach out to us ('ou means reach out for, and mua, with the second mua placing emphasis, means first, in advance of).

This first interstellar object is being handled as a special case. A small committee of the WGSBN will be created to codify the circumstances under which an object will qualify for an I-number and the rules that will apply to the names, bearing in mind the precedent set by this case. A formal report will follow their deliberations.

With the announcement ʻOumuamua was likely an interstellar asteroid, observers around the world trained their telescopes on it, hoping to get a glimpse of the one-of-a-kind object before it faded from view.

In 2015, Luca Buzzi won a $9,995 Planetary Society NEO Shoemaker grant to install a CCD camera on his new 0.84-meter telescope at the G. V. Schiaparelli observatory in Italy. But his new telescope mirror arrived defective, and had to be sent back for re-shaping. By this spring, it was repaired, and Buzzi's team recently brought the telescope online for its first science observations.

Starting this fall, Buzzi contributed measurements of two, faint near-Earth asteroids, helping to confirm one named 2017 TM6. That asteroid had a 20.3 magnitude, and by the time Buzzi imaged ʻOumuamua, it was even fainter, at magnitude 21.5 (in all but the darkest environments, the human eye generally stops seeing objects greater than magnitude 4). Once the Moon is no longer in the sky, he hopes to see objects fainter than magnitude 22.

Buzzi also sent us some pretty pictures taken with his new imaging system: 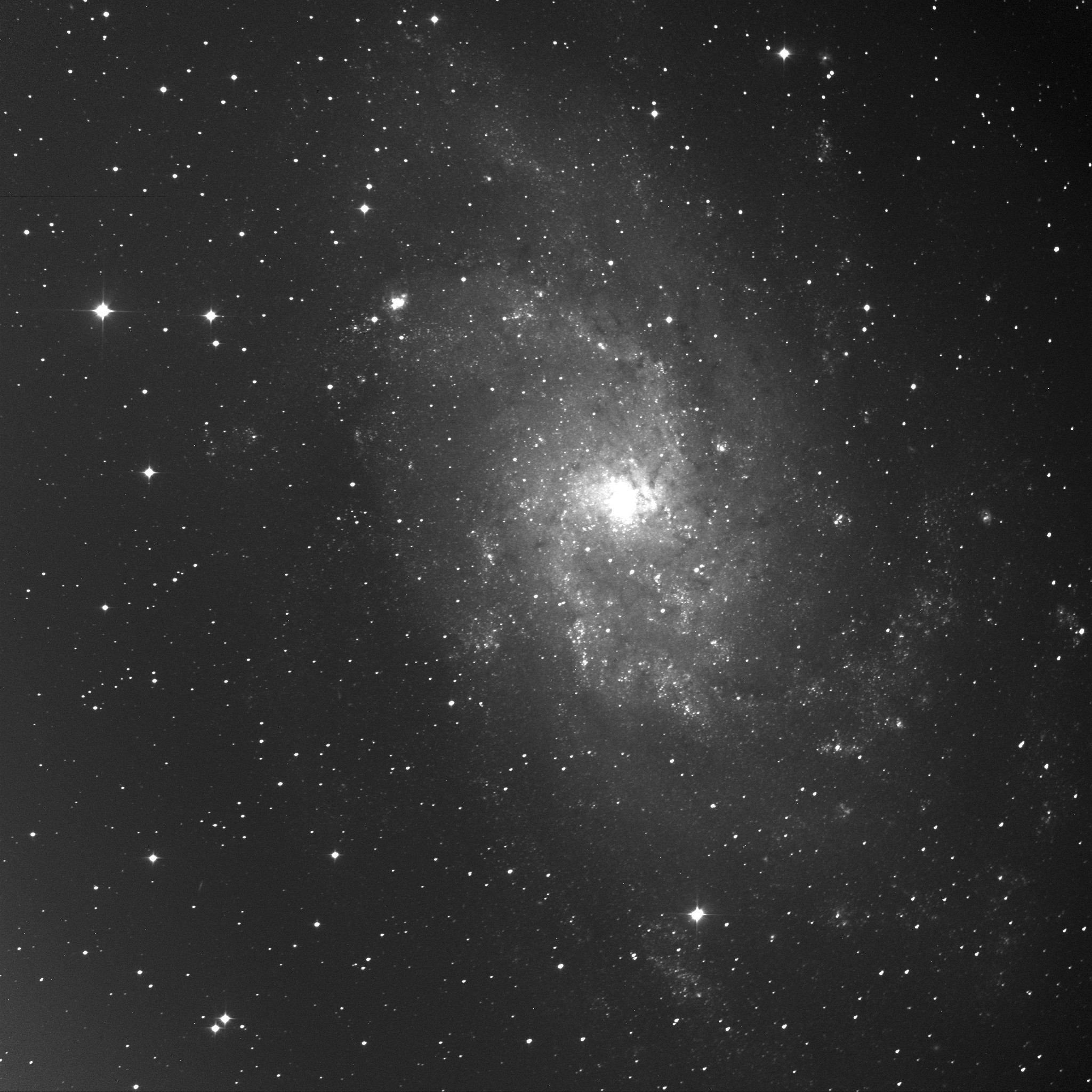 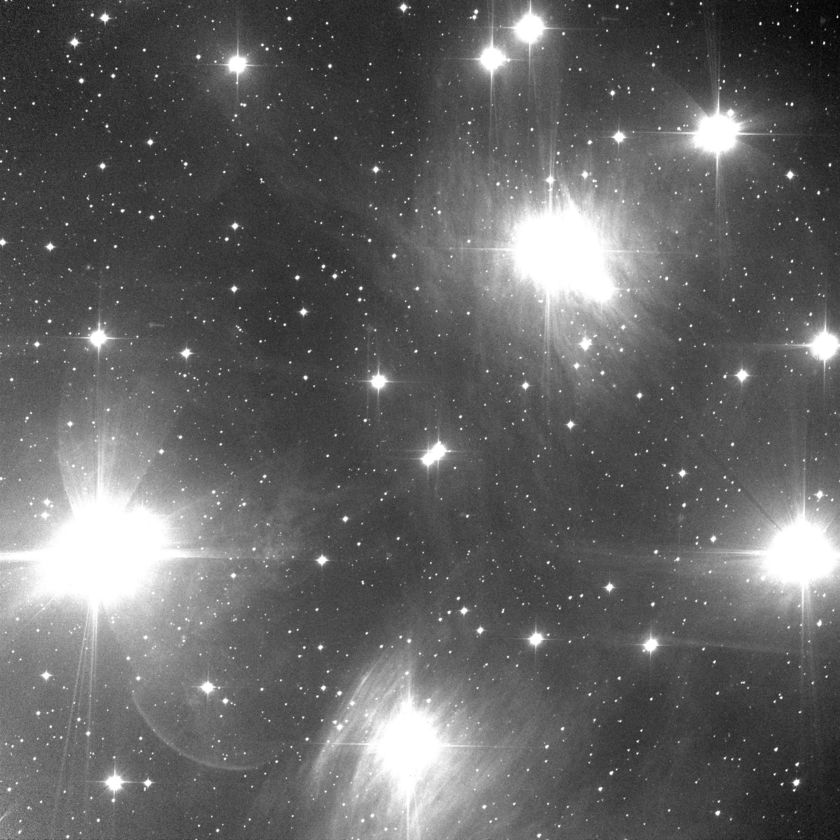 And here's a couple shots of his new setup: 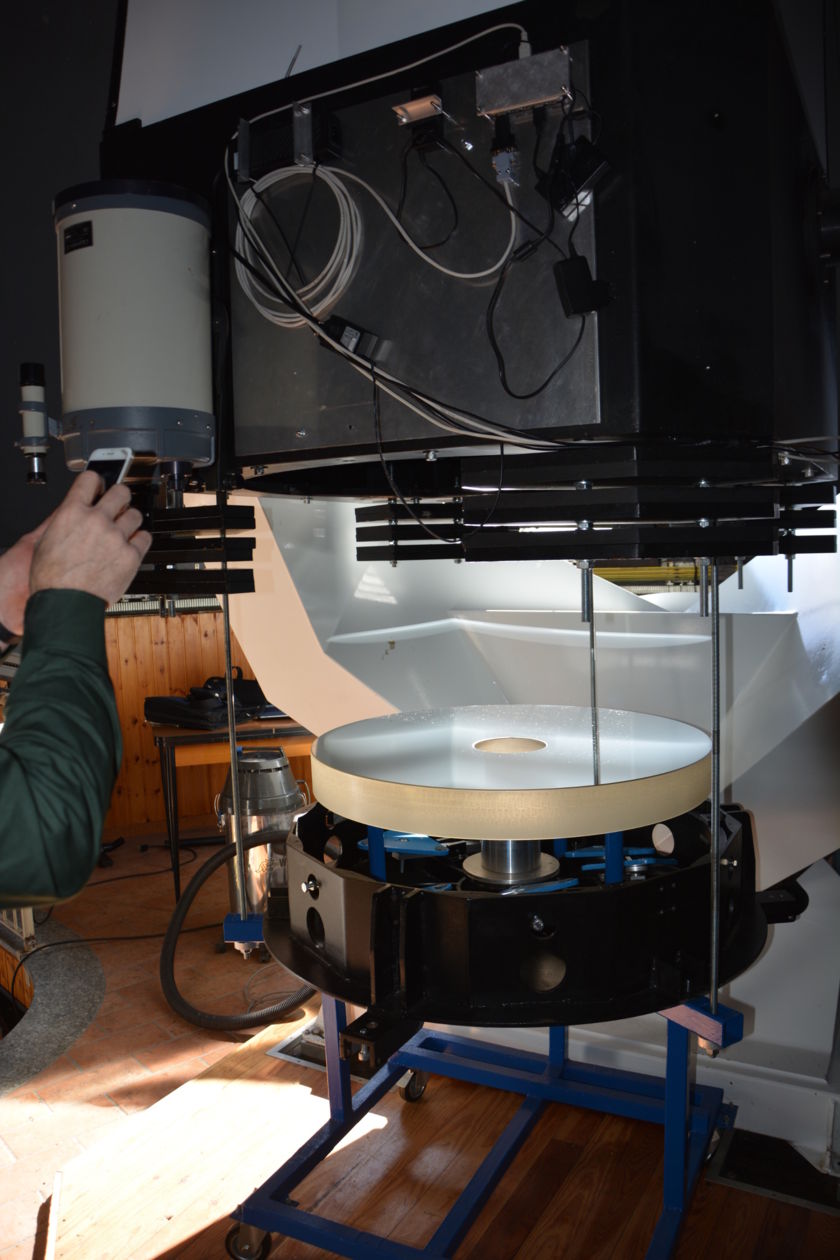 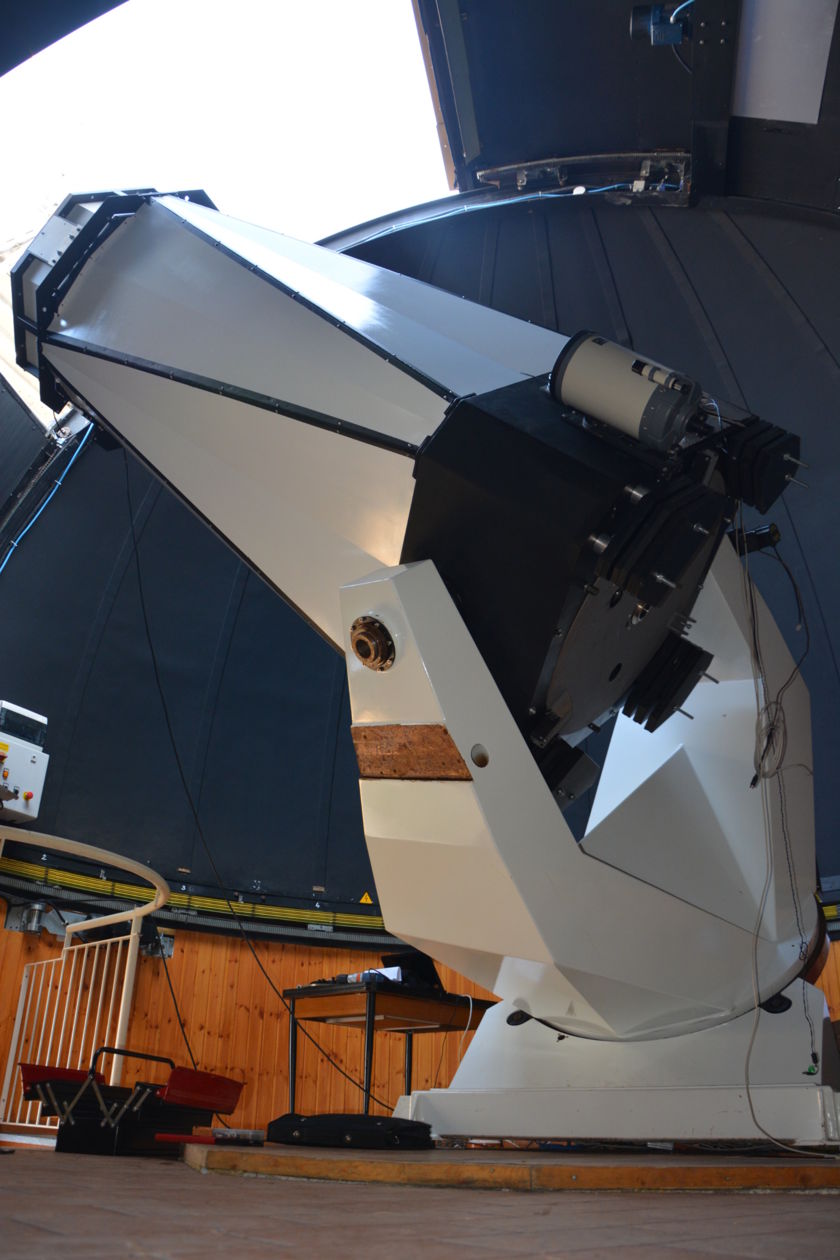 Is this the very best photo we have of ʻOumuamua?

Apparently not. because the latest news from over the interweb, is that the thing's shaped like a cigar or a large pipeline....

out of interest, has anybody plotted where it`s going?