In mid-January, representatives from The Planetary Society's LightSail team headed to Kyoto, Japan, to attend the Fourth International Symposium on Solar Sailing. Our CEO, Bill Nye, was there, along with Barbara Plante, the spacecraft's systems engineer from Boreal Space.

At the conference, Nye and Plante presented three new papers on the solar sailing CubeSat, which could launch later this year—depending on how quickly SpaceX’s new Falcon Heavy rocket is ready to fly.

In order to see how things went overseas, I caught up with Barbara Plante for a brief Q&A session. 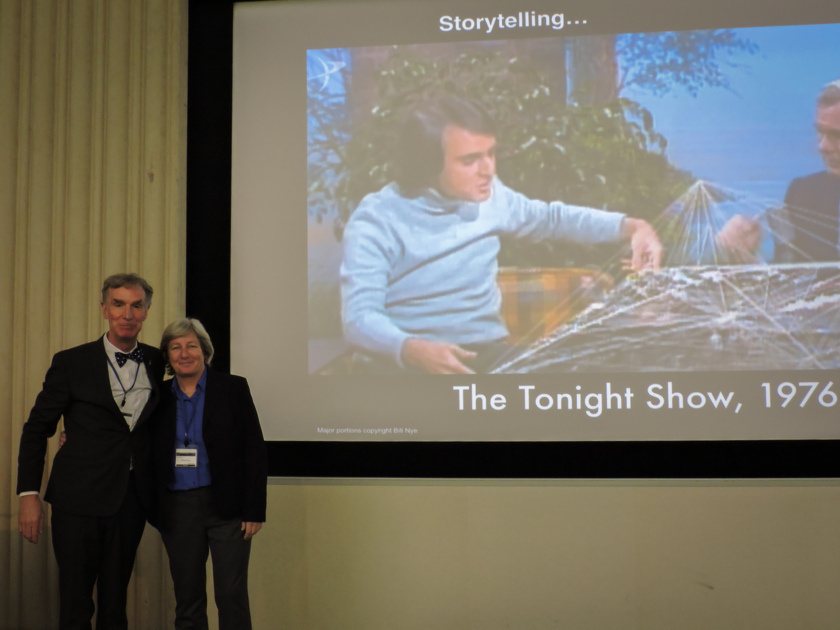 Welcome back! Was this your first visit to Japan?

Yes, it was! I flew from New York to Tokyo with my daughter. That’s about a 14 hour flight. We spent a few days in Tokyo before heading to Kyoto for the symposium. We visited a very cool robotics art exhibit sponsored by Mitsubishi Electric. I had to share this pic of a robotic giraffe. It was absolutely captivating. The ‘giraffe’ grazes around a small grassy area with very lifelike movements. The technology is impressive! 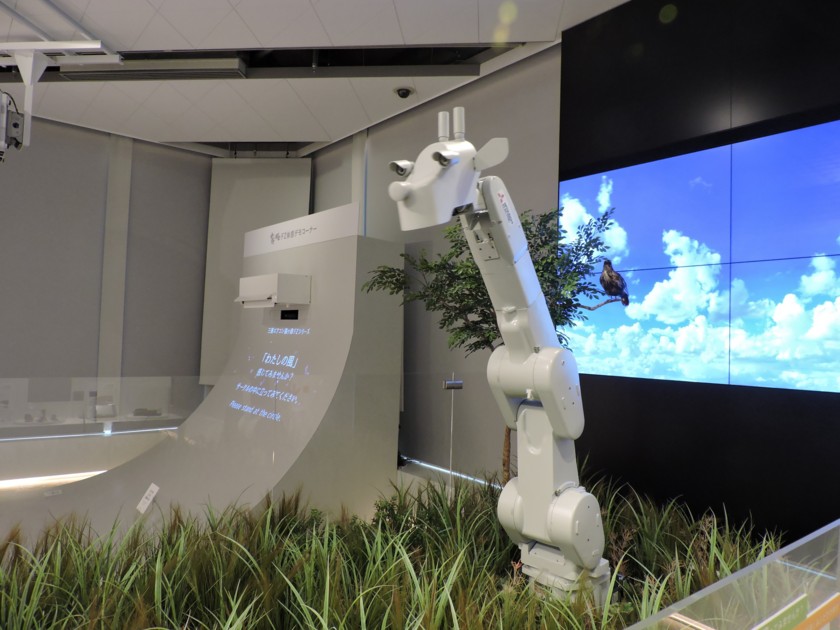 Tell me a little about Kyoto, and your time there.

We arrived in Kyoto on a snowy Sunday night after traveling on the Shinkansen (bullet train) from Tokyo. A Bay Area friend who was born in Japan told me that Kyoto is probably the most popular place for tourists to visit in Japan. There are an amazing number of temples and shrines in the city that are just stunningly beautiful. In our spare time, we walked around the city, enjoyed the great food, visited temples and shops, and interacted with wonderful, friendly people. 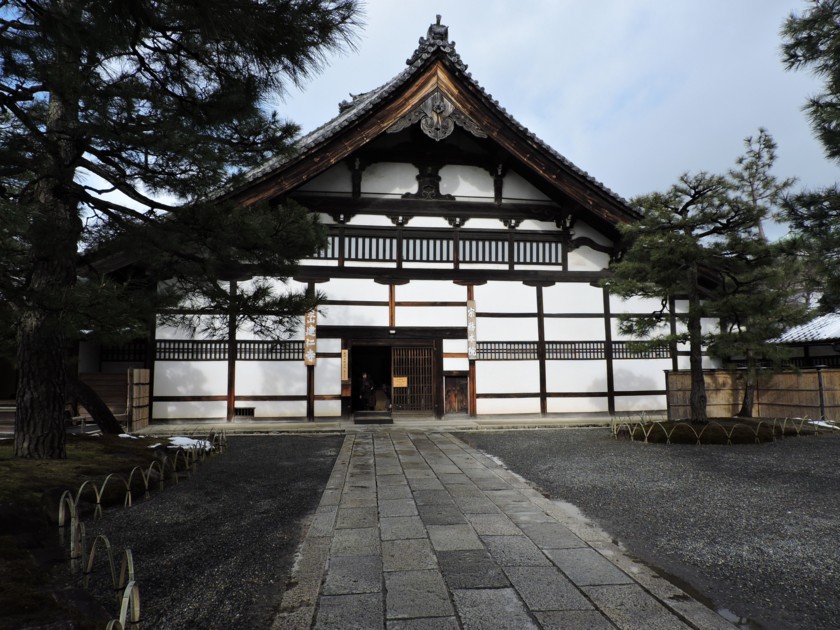 The conference lasted four days. About how many people attended, and what was the general makeup of the attendees?

I’d put the attendance at about 80 people. NASA’s Marshall Space Flight Center, which is working on a solar sailing CubeSat called NEA Scout, was well represented, as was the Japanese Aerospace Exploration Agency JAXA. The rest of the attendees were predominantly from academia.

Was there a lot of interest in LightSail?

Absolutely, especially since we hope to be launching this year. LightSail is so unique, being a citizen-funded space mission. I think the solar sailing community appreciates how much we have done on a relatively small budget. One researcher from the UK asked if additional ground station support is desired for LightSail 2. I’ve passed that along to Dave Spencer our program manager. The more telemetry we can collect, the better!

Researchers were asking about access to our hardware specs, software and data. I know we’ve already started a repository on the Planetary Society website to provide this information.  The community is requesting more!

You're first author on a new paper about LightSail 2's attitude control system, or ADCS. Firstly, for those that don't know, can you describe what an ADCS is, and why it will be so important on our mission?

ADCS stands for Attitude Determination and Control System. We have hardware onboard LightSail 2 that falls into two categories—sensors and actuators.

The actuators are devices that help us move the spacecraft or “torque” it in the directions we want. The flight software takes the sensor information and feeds it into an algorithm to tell the actuators what to do. This is essential for the LightSail mission since we are moving the sail to take advantage of solar radiation pressure—photons—to push us from a circular orbit into a more elliptical one.

As we've shown on our website, LightSail has two thrust modes: on and off. When the sail is perpendicular to the solar photon stream, it receives a gentle push, and when it turns edge-on, the thrust is off. Can you describe how the ADCS knows which way to orient the sail, and how it actually does that?

Every second the sailing control algorithm receives updated sensor readings from the magnetometers, gyros and sun sensors. It also receives spacecraft position and velocity from software that ‘propagates’ the orbit, meaning that it predicts where the spacecraft will be during the next software poll.

The solar sailing algorithm uses a reference called Earth Centered Inertial (ECI) to determine where LightSail is on orbit and what the sun direction is, based on our sun sensor measurements. Through some mathematical manipulations, we determine when LightSail will intersect that sun direction and whether it will be moving towards the sun or away from it.

Based on this information, the software commands the torque rods and momentum wheel to move the spacecraft, and the sail along with it. When we move away from the sun direction, we present the full sail face to the sun to take advantage of the photons that will accelerate the spacecraft. When we move towards the sun, we orient the sail edge on. 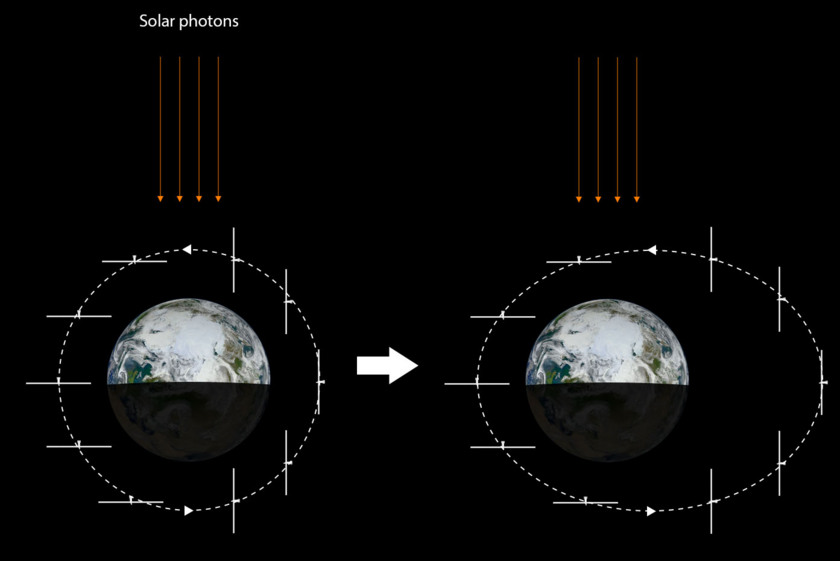 By tacking back and forth into the sun's rays like a sailboat, LightSail gradually raises the apoapsis, or high point, of its orbit. The orbit becomes increasingly egg-shaped on the side of the Earth opposite LightSail's solar thrusting.

How will we actually measure that LightSail 2 raised its orbit, demonstrating we have performed controlled solar sailing?

Our goal is that the on/off sailing method will actually raise the apogee of LightSail’s orbit. We should be able to determine that change by getting feedback from NORAD, in the form of Two Line Element (TLE) data sets, which describe LightSail’s orbital parameters. We’re also hoping to use the International Laser Ranging Service (ILRS) to track LightSail and detect changes in the orbit by bouncing pulses of light off retroreflectors mounted on the spacecraft.

One question I get a lot is why we don't just raise LightSail's orbit forever and spiral out of Earth orbit entirely. Can you describe why?

During the mission, we are intending to demonstrate apogee raising, where from a circular orbit at 720 kilometers, the effect of solar radiation pressure will push us, increasing velocity, into a more elliptical orbit. In technical terms, we are looking to increase the semi-major axis of LightSail’s orbit.

The prediction from modeling is that we will increase apogee at a rate of about 700 meters per day over the first 14 days of solar sailing. By day 28 of solar sailing, the perigee altitude will decay to the point that atmospheric drag offsets solar radiation pressure, and it will no longer be possible to increase apogee.

If we launched a LightSail spacecraft above 800 kilometers or higher to mitigate atmospheric drag, we would have a shot at continuous orbit raising, even with our current set of hardware.

The LightSail 2 CubeSat has been handed off to Cal Poly San Luis Obispo, where it will be integrated into its P-POD and shipped to Albuquerque to meet up with Prox-1. What are you working on these days when it comes to the project?

There was a considerable amount of data generated and archived during LightSail 2 testing. I’m going back, doing some additional analysis, and creating final reports prior to our Mission Readiness Review in March. We expect to learn a great deal during and after the mission by comparing our ground-based models and predictions with the actual LightSail performance during flight.

I'd be remiss not to ask a Bill Nye question: As you and I both know, when you travel with Bill, crowds are sure to follow. Was there a lot of Bill interest at the conference, and in Kyoto in general?

I think it’s fair to say that everyone at the conference wanted to meet with Bill and chat with him. He generates a lot of excitement and enthusiasm about science wherever he goes. Certain age groups grew up seeing Bill Nye the Science guy on TV and are thrilled to meet him. Here’s a pic of Bill and a fan at one of the evening events. 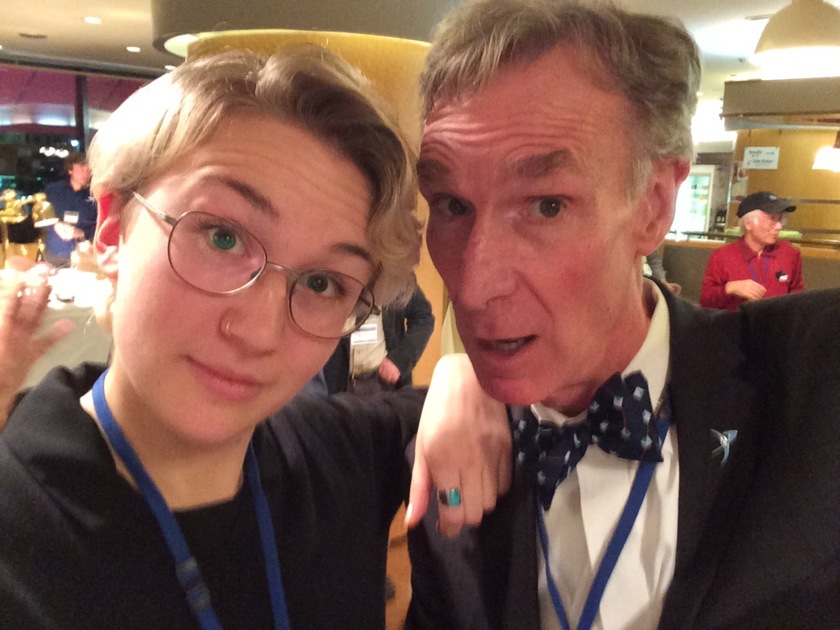 Thanks Jason for another great Blog piece! So how does the NEA Scout compare with our lightsail cubesat project?