With two days left in 2015, NASA astronaut Scott Kelly looked out the window of the International Space Station before turning in for the night. Some 400 kilometers below, a range of craggy, snow-covered mountains stretched gently toward the horizon. Kelly tweeted the picture, identifying the scene as the Canadian Rockies. A few replies suggested he may have instead been looking at Canada's Coast Mountains. 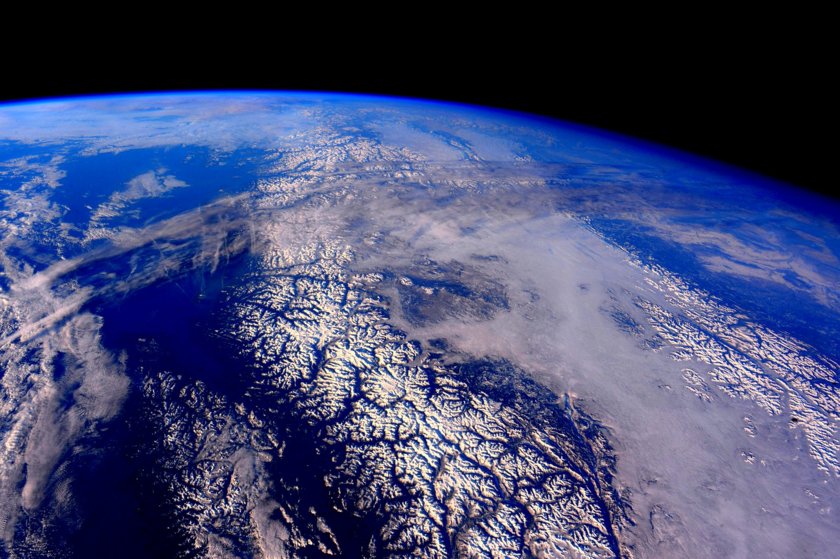 It was Kelly’s 277th day in space since arriving in March 2015, and he’s tweeted at least that many times during the past nine months. Kelly, along with cosmonaut Mikhail Kornienko, will wrap up nearly a year in space when they head home in March 2016 with Sergey Volkov, who brought a fresh Soyuz spacecraft to the station in September. Kelly and Kornienko have already set the record for the longest continuous stay aboard the ISS, and Kelly’s mission is the longest-ever for a NASA astronaut. The duo are participating in 18 experiments to see how spaceflight affects the human body. Kelly is also collecting data for 10 additional comparison studies with his Earth-bound twin brother, Mark.

When Kelly and Kornienko return next year, they'll be subjected to a battery of tests measuring how quickly a human can transition from microgravity to planetary surface conditions. One particular experiment suite, dubbed the field test, may be performed at the Soyuz landing site in Kazakhstan. There, scientists will see how well an astronaut suddenly thrust into a gravity-laden environment—Mars, for example—can perform basic post-landing tasks without assistance.

The return of Kelly, Kornienko and Volkov will mark the end of Expedition 46. After that, three full expeditions will be conducted, followed by the start of the 50th station expedition at the end of the year. Here is the full roster. NASA has not yet updated its timeline to reflect the extension of Expedition 47 to June 5, so some of these times are approximate and may shift slightly.

A total of 18 crewmembers will be aboard the station in 2016. Of those, nine are Russian, six are American, and three come from other international partners. This staffing mismatch continues to follow the convention that in the post-shuttle era, NASA astronauts spend about one-third less time aboard the ISS than their Russian counterparts.

Only two of the 18 crewmembers are women; both are NASA astronauts. Spaceflight rookie Kate Rubins comes aboard with Japanese Aerospace Exploration Agency astronaut Takuya Onishi and Russia’s Anatoly Ivanishin for Expedition 48. Veteran Peggy Whitson will serve as part of Expedition 50 with Russian Oleg Novitskiy and the European Space Agency’s Thomas Pesquet.

ISS crews are expected to receive a variety of cargo craft in 2016, starting with a SpaceX Dragon as soon as February. It will be the first Dragon to fly since the loss of CRS-7 in June. Dragon will carry BEAM, the Bigelow Expandable Activity Module, in the spacecraft's unpressurized trunk. BEAM will be attached to the station's Tranquility module, node 3, using the laboratory's robotic arm, where it will be inflated into a 4-meter-long habitat. BEAM will stay connected to the ISS for about two years. Astronauts will periodically check the module’s thermal and radiation and shielding performance, and the results will inform future inflatable habitat technology.

Additional Dragon ISS cargo flights are planned, along with the usual lineup of Russian Progress resupply vehicles. Orbital ATK’s Cygnus spacecraft, which returned to action this month using a United Launch Alliance Atlas V rocket, will make its second Atlas-powered cargo run to the station in spring. Orbital’s Antares rocket is expected to return to flight in the first half of the year, sporting new RD-181 engines. That Antares return-to-flight mission will also send a Cygnus to the station, followed by a possible third Cygnus trip later in 2016.

Another potential station visitor this year is SpaceX's Crew Dragon. SpaceX previously indicated they would aim for an uncrewed test flight of the astronaut-carrying spacecraft by the end of the year. But details on the testing timeline have yet to solidify.

Hi Jason; I was glad to hear an update on the International Space Station. I found out something interesting recently about the ISS. This is that a component originally set to be included on the ISS was the Centrifuge Accommodate Module (CAM) but that was at least temporarily cancelled around 2005 or 2006 because of scheduling, financial pressures perhaps partly due to the Columbia Space Shuttle disaster in 2003. This CAM was to include an 8 foot arm centrifuge with anywhere from about .01 to 2 gs that could test these different artificial gravity levels for living things up to the size of rats. This module was supposed to be on the top of Node 2 or the Harmony module which is sometimes used for private space craft to dock with but does not have any other permanent module attached to it. As there is nothing else in space yet or scheduled in the near future as far as I know how much chance is there for this module to still be launched and put in place in the ISS so there can be tests on living things in artificial gravity and general space effects can be distinguished from space effects probably more due to microgravity such as bone loss, muscle loss, some eye pressure etc.? I think there could be other ports available for private or other shuttle spacecraft so this port could be available for the CAM.