Cygnus ready to spread its wings, fly to ISS

The International Space Station is preparing to welcome a Cygnus resupply vessel to the commercial spaceflight party. 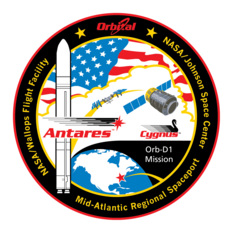 Because it's not a real mission without a patch.

On Wednesday morning, Orbital Sciences Corporation’s Antares rocket is slated to lift off from NASA's Wallops Flight Facility on the Virginia coast. It will be the second flight of Antares, which successfully sailed a test payload into orbit last April. Cygnus is carrying carrying 1,300 pounds (589 kilograms) of food, clothing and other cargo for its maiden voyage—a demonstration mission to prove its capabilities.

Wednesday's launch window is a relatively short fifteen minutes, from 10:50 to 11:05 a.m. EDT (14:50 to 15:05 UTC). Although the launch was delayed from Tuesday to Wednesday due to bad weather and a flaky data cable, Cygnus is still expected to arrive at the station on Sunday, Sept. 22, with capture scheduled for 7:17 a.m. Like SpaceX’s Dragon, Cygnus will be berthed to the station's Harmony node using Canadarm. NASA says the vehicle is expected to be installed around 9 a.m.

Here is your Antares ascent timeline: 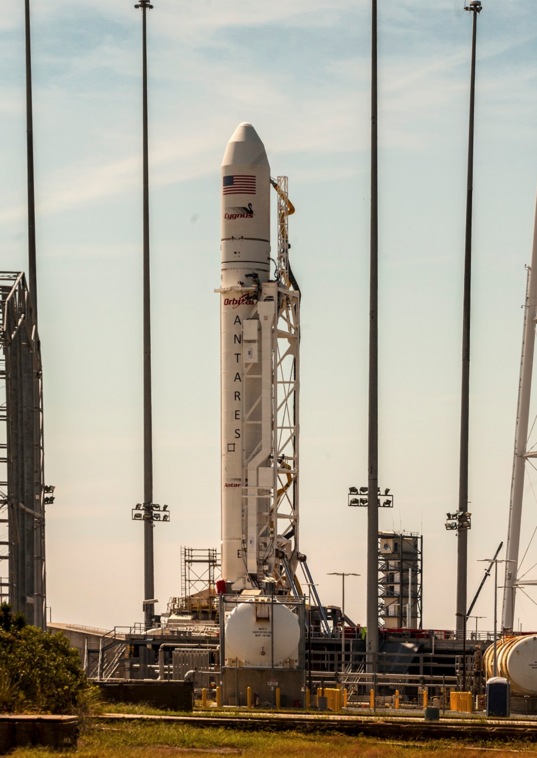 Orbital Sciences Corporation's Antares rocket and Cygnus resupply spacecraft stand on the launchpad prior to their Sept. 18 launch to the International Space Station.

Cygnus will be controlled from Orbital's Mission Control Center in Dulles, Va. The spacecraft's initial orbit will be 245 x 300 kilometers. Over the next few days, Cygnus will conduct a series of orbit-raising thruster burns to position itself four kilometers beneath the station. In between those burns, it will perform its first three demonstration tasks: Absolute GPS (Demo 1), Free drift (Demo 2a) and abort (Demo 2b). 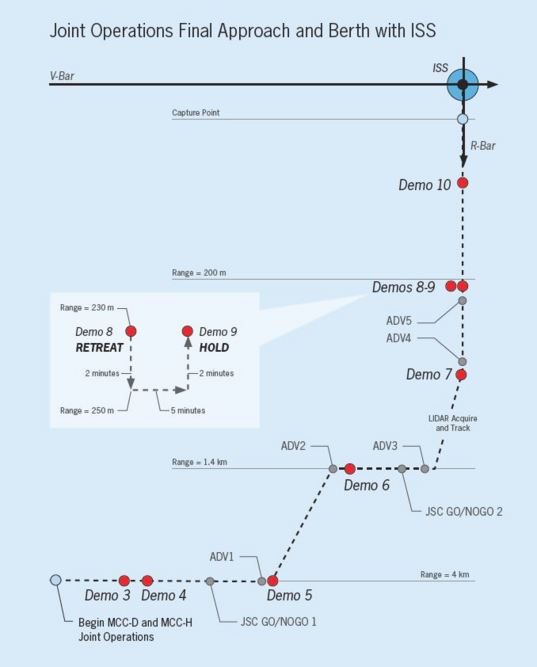 As Cygnus approaches the station, it will conduct a series of demonstration maneuvers designed to prove various spacecraft capabilities.