What Comes Next on Mars?

The search for life has been a goal of Mars exploration since its beginning. However, more than 50 years of work have failed to answer the basic question: is or was there life on Mars? The next missions to Mars seek to address this question directly.

In the 1950s and 1960s, work by Stanley Miller, Joan Oro, and others demonstrated that the building blocks of life could form through naturally occurring chemical reactions under specific environmental conditions. These conditions could have prevailed on early Earth. When the solar system was young, Mars and Earth would have undergone similar evolution. What happened on Earth could also have happened on Mars. In the 1990s, other researchers identified microorganisms called extremophiles that are capable of thriving in extreme conditions of temperature, pressure, salinity, and so on. These resilient life forms substantially increased the variety of environments we thought capable of hosting life and therefore the chances of finding life elsewhere in the solar system.

The Viking lander missions sought to discover life on Mars in 1976, and their fruitless results had a negative impact on the enthusiasm for funding Mars missions. Twenty years later, a new stage of Mars exploration began with Mars Global Surveyor, which arrived in orbit in 1997. Since then, community interest has increased so much that the number of publications on Mars has skyrocketed, outnumbering those about all other planetary destinations combined. 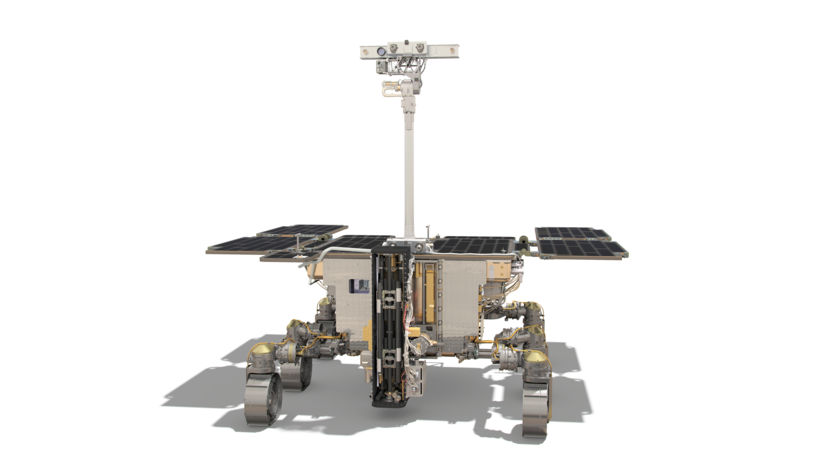 RIGHT ESA’s ExoMars rover, named Rosalind Franklin, is in final preparations for a July 2020 launch and March 2021 landing in Oxia Planum, where Martian rivers once flowed. Its goal is to search for signs of ancient life. In addition to cameras and spectrometers, Rosalind Franklin carries a drill that can penetrate as many as 2 meters beneath the surface to retrieve samples and deliver them to analytical laboratory instruments. In the artwork at right, the cover of the drill has been removed to show its internal workings.

Since Mars Global Surveyor, the goals of NASA’s Mars Exploration Program have been constant. There are 4 goals: characterize the climate of Mars, characterize the geology of Mars, determine whether life ever arose on Mars, and prepare for human exploration. ESA’s Mars mission goals are similar.

We now have a continuous weather record dating back to 1997. We know Mars’ atmosphere very well—its composition, pressure, temperature, and how these vary with the seasons. We know the motion of Mars’ winds and how their flow conforms to Mars’ topography. We are beginning to understand how Mars lost its atmosphere over time. There are open questions, like how dust storms become global and how the atmosphere evolved to its present state, but we have made great advances in characterizing the climate of Mars.

We have located volcanoes, impact craters, lava flows, deep channels, depositional deltas, and vast plains, and we understand by analogy to Earth how many of these formed. We have mapped the distribution of chemical elements and minerals like clays, sulfates, and carbonates. However, we only know the planet’s surface. To understand Earth’s evolution, geologists explore its interior. We look for places where its inner layers have been exposed by tectonic movements and employ seismographs to see hidden layering. A deep drill is usually our best option to see into Earth’s geology. It is the same on Mars. In some places, erosion has exposed inner layers, but much is hidden. We can say that we have characterized the surface geology of Mars but not its interior.

While liquid water may not have been exposed at the surface of Mars for much of its 4.5-billion-year history, evidence from orbiters and rovers suggests it has been available underground for much longer. The channels of the Hephaestus Fossae region within Utopia Planitia (top) likely formed when impacts released subsurface water in massive floods. Data from the Mars Express orbiter provides the basis for this elevation map. Cool colors represent depressions; warmer colors are higher areas. The image is about 55 kilometers (35 miles) wide.

We have not advanced much in determining whether life ever arose on Mars, but we have found that the necessary conditions for life existed in Mars’ past. These conditions include liquid water, some key elements (carbon, nitrogen, phosphorus, and sulfur), chemical gradients (to provide energy for metabolism), and adequate environment (in terms of radiation, temperature, chemical conditions, and so on). However, we have detected no biosignatures. We have found some carboncontaining molecules, but they could all have an abiotic origin. (Meteoritic falls deliver 100 tons of material to Mars each day, a portion of which is carbonaceous.) Complex, carbon-rich molecules are quite prone to degradation by radiation. Therefore, they can only be found below the surface. Similarly, for present life, all evidence suggests that if Mars has stable liquid water, it resides below the surface. The Mars community consensus is that we need to go beneath the surface in order to progress in the search for life. 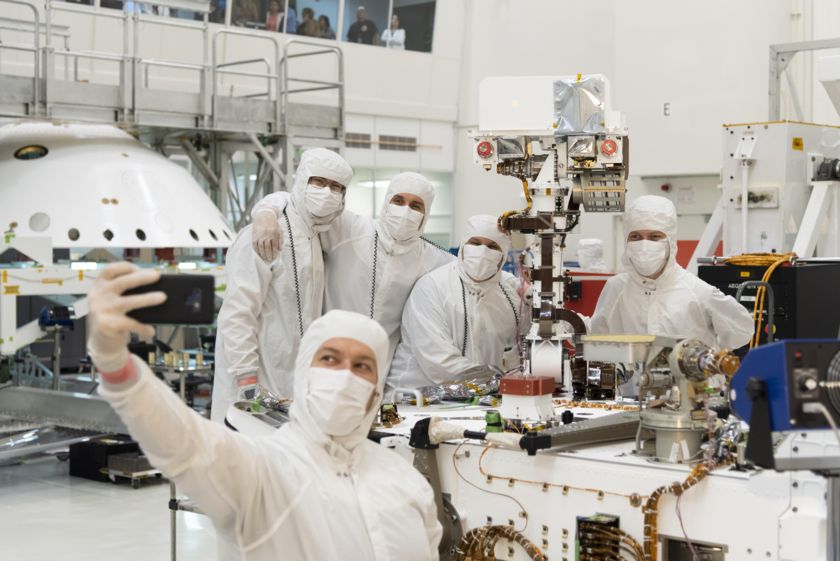 NASA is preparing the Mars 2020 rover for a July 2020 launch as well. In this 5 June 2019 photo, engineers take a selfie after attaching the remote sensing mast. Like its predecessor Curiosity and its contemporary Rosalind Franklin, the Mars 2020 rover (which will receive a more colloquial name before launch) is able to drill to acquire samples. Unlike the other missions, Mars 2020 plans to package and drop those samples for future retrieval and return to Earth. The work it does on the surface with cameras and spectrometers will document the geologic context of the samples, making them a rich prize for future science in Earth laboratories if Earth can successfully retrieve them.

Robotic missions have taken some steps to help prepare for future human exploration by studying the radiation environment on the way to Mars and at the surface. NASA’s Mars 2020 rover will perform a first demonstration experiment for in-situ resource utilization, generating oxygen from the Martian atmosphere. The biggest contribution to future human exploration has involved terrain mapping and climate characterization.

Several missions plan to launch toward Mars in summer 2020. Two in particular seek to advance the search for life by exploring beneath the surface: Mars 2020 and ESA’s Rosalind Franklin rover. The design of Mars 2020 is based on the Curiosity rover, but it has different instruments and an improved capacity to detect organic molecules thanks to its Raman spectrometers. Its goal is to drill and collect samples for future Mars sample return. The Rosalind Franklin rover is also equipped with a Raman spectrometer and has a drill that can collect a sample up to 2-meters deep for onboard analysis.

Raman spectrometers are widely used in Earth laboratories but have never before flown to Mars. They can identify the presence of carbon-containing compounds and the kinds of chemical bonds they contain. Mars 2020 has 2: SHERLOC, which is at the end of the robotic arm, and SuperCam, which is in the rover mast with the cameras. They will be able to operate on hundreds of different targets. In Rosalind Franklin, the spectrometer is called RLS and is in the rover’s internal sample analysis laboratory.

Raman spectroscopy alone cannot prove life existed on Mars. It is possible that one of the rovers could spot a carbon-containing molecule that is a perfect match for a known compound of biological interest. More likely, they will find evidence that some carboncontaining compounds are present. In all cases, additional analyses are required to determine the origin of the material. Some rover-based experiments can help to narrow this down, like the isotopic and chirality (molecule shape) analyses that Rosalind Franklin could perform.

Neither of the rovers can produce definitive evidence for life on Mars. We will need to do more detailed analyses that the rovers cannot perform, employing more powerful spectrometers or bringing new techniques like immunoassay detection and sample processing to extract and concentrate organics. Raman spectroscopy is a very good technique for selecting samples for further analysis. We will either need to bring samples back to Earth or bring a more powerful laboratory to the site, perhaps operated by human explorers. 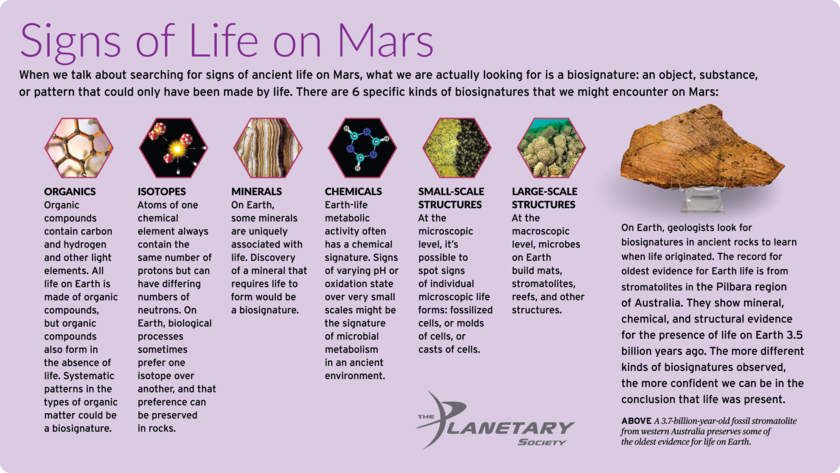 Signs of Life on Mars

When we talk about searching for signs of ancient life on Mars, what we are actually looking for is a biosignature: an object, substance, or pattern that could only have been made by life. There are 6 specific kinds of biosignatures that we might encounter on Mars.

NASA and ESA are now discussing plans for the return of the Mars 2020 rover samples. A surface-retrieval lander would deploy a sample fetch rover that would spend 6 months collecting the samples and loading them into a basketball-sized sample canister launched by a rocket from the lander deck. A sample-return orbiter would rendezvous with the canister in Mars orbit and return it to Earth. Each of these 2 missions would have components built by both NASA and ESA. As currently envisioned, the spacecraft would launch in 2026, and the samples would return in 2031.

Many organizations besides NASA and ESA are planning future Mars missions launching in 2020, 2022, and 2024. We are now in a period of discussion and planning for the following decade’s missions. ESA is currently developing a new, long-term plan of its scientific priorities, called Voyage 2050. In the United States, the National Research Council is soliciting community input for the next Planetary Science Decadal Survey, which will state NASA’s scientific priorities for 2023 to 2032.

If our goal is to search for extant life, drilling deep enough to encounter subsurface liquid water looks like the best option. It will take a heavy lander to drill deep enough–tens to hundreds of meters beneath the surface–to encounter stable, habitable environments and to carry a powerful-enough scientific payload to analyze them. This in turn will require new landing systems. The same kinds of heavy landing systems will eventually be required for human missions to Mars.

Heavy frost deposits coat the ground in and around the 139-kilometer diameter (86-mile diameter) Hooke crater in this Mars Express image. The frost serves as a reminder that Mars still possesses water that moves dynamically between the atmosphere and the surface, mostly in the form of ice and vapor. At present, Mars has thick water-ice polar caps and icy clouds. In many locations, temperatures get low enough overnight for the relative humidity to reach 100 percent, and frost forms on the ground as water vapor condenses. As water has moved around with Mars’ shifting climate over its long history, there may have been many periods of wetting and drying all over the planet.

Even if we had the technology, we could not yet drill to water on Mars. Current inter - national agreements on planetary protection prohibit contact with liquid water on other worlds in order to avoid any type of contamination from Earth. There is an active discus - sion in the community about relaxing these restrictions. We believe that the highest level of sterilization must be used with the compo - nents in contact with water, developing new techniques and protocols if needed. If we wish to find current life, we must be able to interact with liquid water. Exploration is in the DNA of humankind, but the immense cost of sending humans to Mars requires a motivating reason devel - oped through the consensus of international space agencies and the scientific commu - nity. A win-win option for searching for life on Mars and advancing human presence in the solar system looks like a combination of robots and astronauts. With robotic reconnais - sance, we can select promising sites where subsurface life could be present. I imagine a scenario in which humans can select drill sites, highly sterilized robots can drill for and retrieve samples, and humans can perform core analysis in Mars-based laboratories. Soon, we will find out how Earth plans to carry on the search for life on Mars. 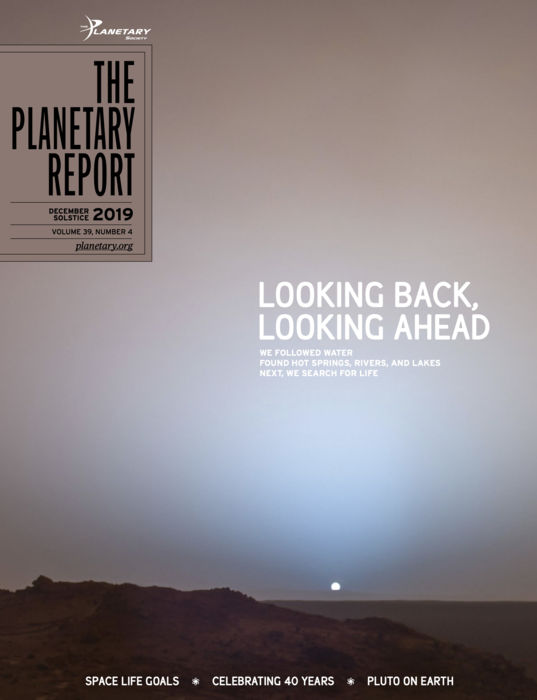 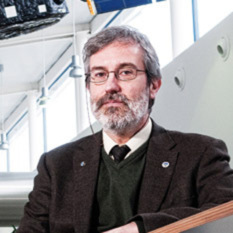