Ten years ago this month, the European Space Agency's first interplanetary mission set sail for Mars. The Mars Express spacecraft swung into orbit on Christmas Day that same year, and the team that flies it has been hard at work ever since.

Mars Express earned its name from the streamlined process used to design and build the mission, including recycling designs and taking advantage of technology from previous missions. While not as celebrated as the Mars landers, the expedition has produced a trove of useful data.  Beautiful data, too--digging around in the Mars Express archives yields some wonderful finds that you might not see in the press.

Even the mission's most heartbreaking failure gave way to a silver lining. The Mars Express spacecraft carried with it a lander that departed the mother ship and headed for the surface, never to be heard from again. No one knows for sure what disaster befell the little craft, but at least we know that it successfully separated from the orbiter. That's thanks to a camera that was installed with the singular purpose of recording that separation event. This Visual Monitoring Camera (VMC) is not one of those specially designed, high-powered instruments that send back the stunning planetary pictures we've come to love. It's more like an ordinary webcam. But what a view! For the past few years, ESA engineers have been posting the images the VMC captures from its extraordinary perch on board Mars Express as the spacecraft wheels around the planet. The shots are low-resolution, marred by lens damage--and they're still stunning. 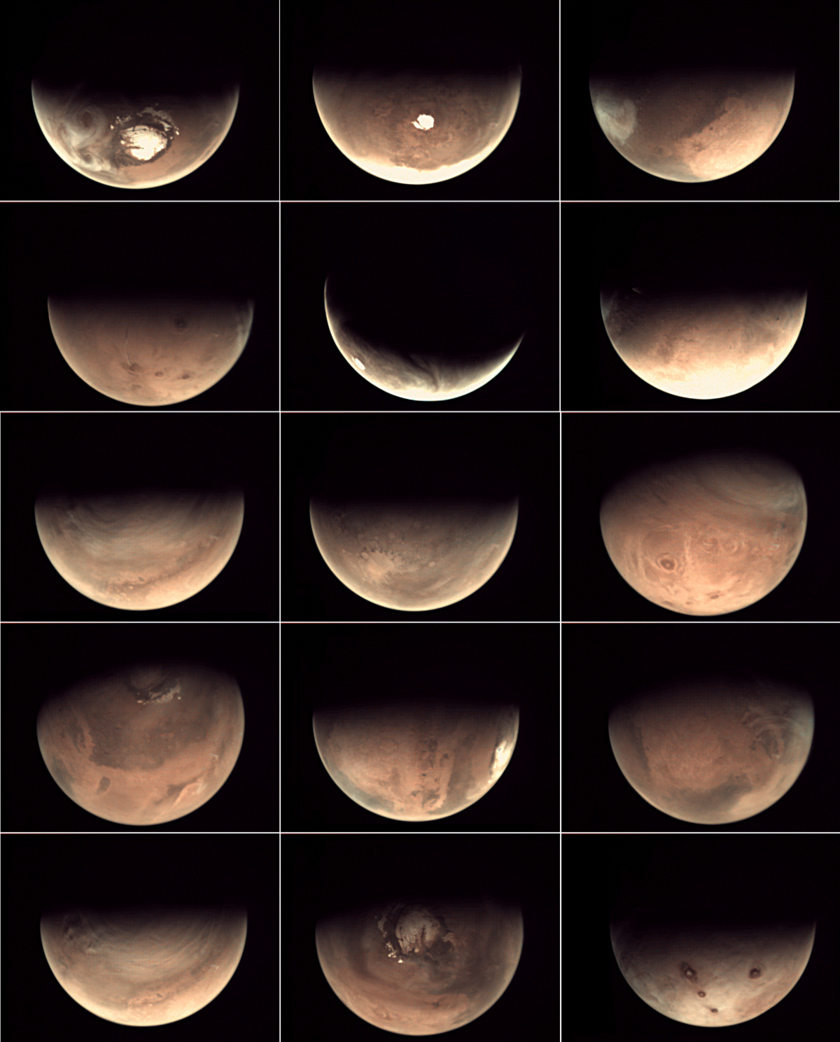 Some of the most interesting views of Mars captured during the past few years by the Mars Express orbiter's Visual Monitoring Camera (VMC), the "ordinary camera in an extraordinary place," sometimes known as the Mars Webcam.

Of course, the "real" Mars Express cameras have been trained on the Martian surface too. They have produced gigabytes of images and maps revealing details about the planet's landscapes and history, even as they help explorers identify the next locations for closer inspection. One small example (well, not small; it's a huge image) is this height map detailing an interesting swath of Martian geography.

The Depths of Hephaestus Fossae

There is a lot more to Mars than meets the eye, and Mars Express carries instruments to reveal it. For example, the Mars Advanced Radar for Subsurface and Ionospheric Sounding (MARSIS) uses a set of long antennas that beam radar waves to the surface and beneath it. MARSIS has discovered things like impact basins that were buried long ago by floods of water and lava, vast stores of subsurface ice. It has also helped scientists map the icy depths of Mars' famous polar caps.

A radar view revealing features underneath the Martian surface in the southern highlands. A portion of Hellas Basin can be seen on the right. This was captured by the Mars Advanced Radar for Subsurface and Ionospheric Sounding (MARSIS) instrument on board ESA's Mars Express.

Ten years in space. Millions of kilometers traveled. More than 11,000 orbits. Volumes of new data. A long list of discoveries. Not bad for an express flight to Mars. 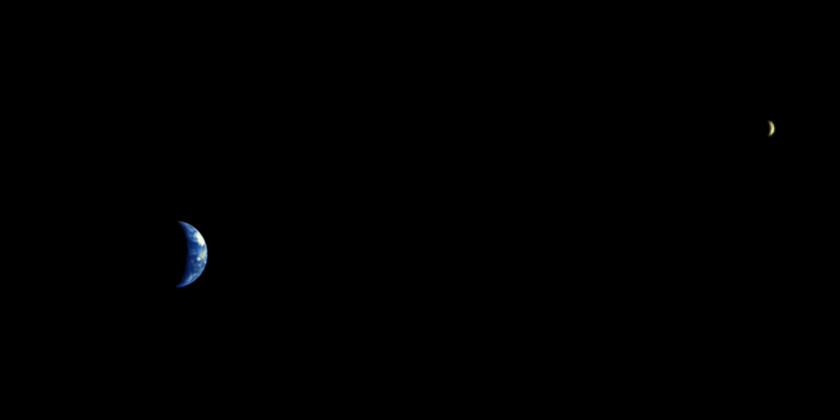 The Mars Express orbiter took this farewell shot of home as it left for the Red Planet.

Beautiful images! The data is interesting as well. Did they say what the MARSIS radar showed from the southern highlands region?

Thanks, Bob. Sorry, no I don't know much more about the contents of the MARSIS image. If anyone does, do tell!