The Walls of the Pit

One of the world's largest open-pit mines delves into Utah's Oquirrh Mountains. The Bingham Canyon Mine is four kilometers wide and reaches nearly a kilometer deep. You could stack two of Chicago's Sears Tower (now called Willis Tower) one atop another inside the yawning pit. It's just huge, and if stand at the rim and look down, the view is breathtaking. 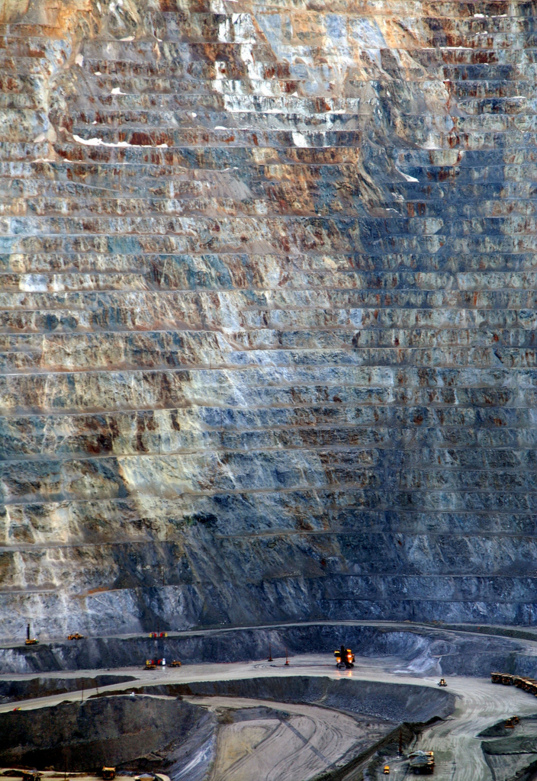 One of the world's largest open-pit mines, found in Utah's Oquirrh Mountains. It reaches nearly a kilometer deep.

Over the course of decades, the stair-step excavation in the copper mine exposed a colorful variety of geology inside the mountain. Imagine the boon to lunar explorers if a similar pit could be dug into the moon's Aristarchus Plateau. That geologically diverse region of ancient lava floods and volcanic explosions is one of the Moon's most tantalizing regions for exploration, and was once a potential target for an Apollo landing.

About 175 million years ago, an asteroid or comet did just that, slamming into the edge of the plateau and blasting out a huge pit in a single cataclysmic event. Where the Bingham Canyon Mine is four kilometers wide, Aristarchus Crater is 40. The Earthly copper mine is just shy of a kilometer deep, while the floor of Aristarchus lies about 3.5 kilometers below the rim.

The crater's walls are marked by a distinctive stair-step shape reminiscent of the mine's terraces. They formed when blocks of material slumped down into the crater. 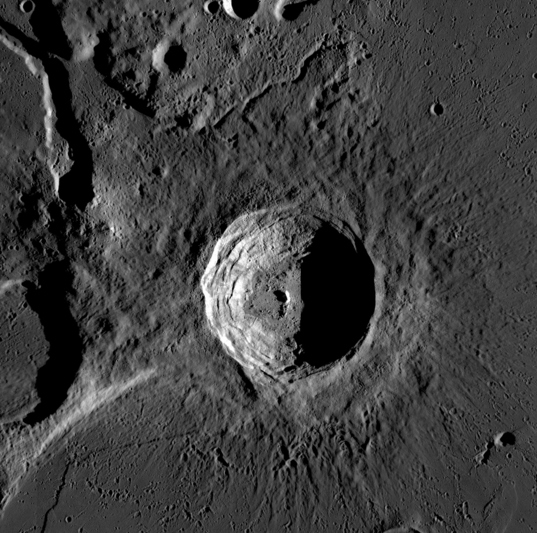 To get a better look, in 2011 engineers commanded the Lunar Reconnaissance Orbiter to lower its flight path to just 26 km above the surface, cutting its normal altitude roughly in half. The robotic spacecraft was now flying above the Moon's surface at only about twice the height of an airliner cruising over the countryside. From this vantage point, the powerful cameras on board LRO captured an amazingly detailed glimpse inside Aristarchus Crater. Here's one section of that mosaic, with a resolution high enough to make out individual boulders.

An oblique, high-resolution view of the terraced wall of the Moon's Aristarchus Crater, from rim to floor. Imaged by the Lunar Reconnaissance Orbiter.

The Apollo program never made it here, but thanks to the LRO team we get to stand on the rim of Aristarchus Crater anyway, and marvel.

That copper mine collapsed a couple months ago, burying those trucks, and taking out half the roads.... Fab image tho

Another wonderful piece of comparative planetary geology! You do come up with nice material for comparisons!

If you want to see the slide when you are at the images, 1) look below them for the 'view both images' button, 2) click it and look for the slide bar in the middle of the overlapping images, 3) pull the slide bar and view them as a 'movie' and it is easier to see the slide. The link is: http://earthobservatory.nasa.gov/IOTD/view.php?id=81364