Something pretty amazing happens at the north and south poles of the Moon: there are places where the sun never shines. Like at the Earth's poles during the winter, the sun makes a great circle through the course of the day just below the horizon, but never quite makes an appearance. Because the Moon's spin axis is only titled relative to the sun by 1.5 degrees (compared to about 23 degrees for the Earth) there isn't much change between summer or winter on the Moon. So if you were to stand in some craters near the poles, the sun would just never come up all year.

It isn't entirely dark there, though. The steady, unbroken light of the stars across the entire sky is never dimmed.

The opposite is true, too: there are places where the sun almost never sets. One practical upshot of this geographic quirk is that future moon explorers, whether people or robots, could take advantage of the sunlit zones for steady solar power and relatively mild temperature swings. The dark spots could be perfect for astronomy and for finding volatiles like water.

If nothing else, the lunar poles are simply beautiful places to see. Here's a flight around the Moon's northern reaches, courtesy of the Lunar Reconnaissance Orbiter. It took a photo every couple of hours over the course of an Earth year. Experts at Arizona State University and the Goddard Space Flight Center combined more than three thousand of these images into this time-lapse. Now you can see the shadows advance and retreat, and Moon mappers can delineate the places of permanent shadow and permanent or near-permanent illumination.

Shadows at the Moon's North Pole

The north pole of the Earth's moon as observed in more than 3,000 images over the course of a year by the Lunar Reconnaissance Orbiter. Lunar explorers are mapping the places that are in permanent sunlight and in permanent shadow.

It's yet another place where we can't stand in person, but where we can still glimpse the landscape, thanks to our robotic emissaries. 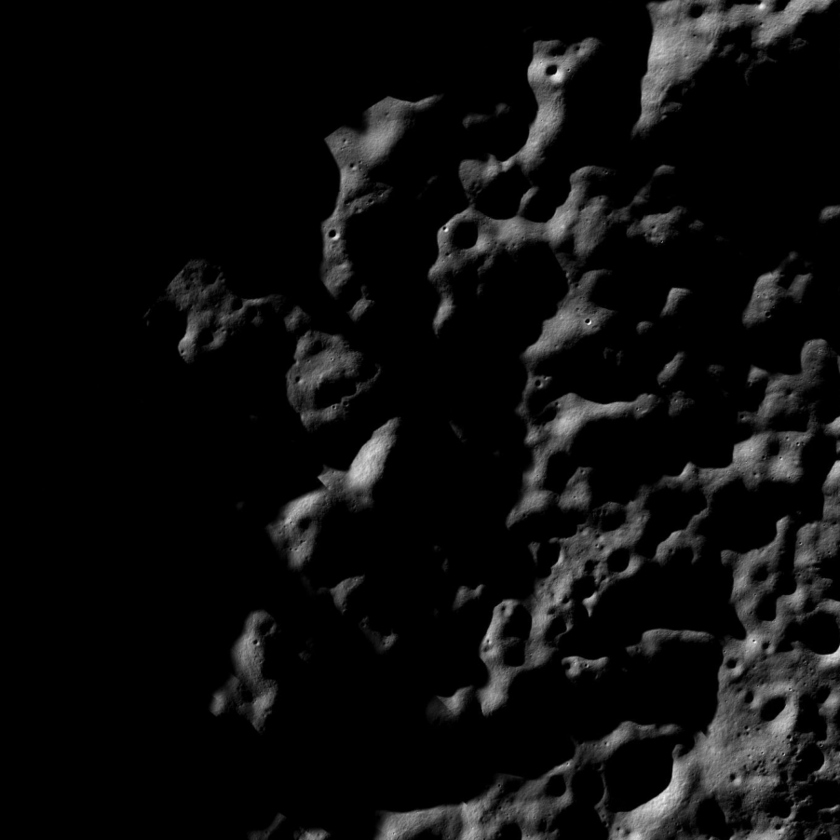 Hills in continuous semi-shadow near the Moon's north pole, as imaged by the Lunar Reconnaissance Orbiter. The pole is in the lower right corner.

Bill, you sure do find some interesting geology in our planetary system!

It's a beautiful world(s).

Why can't we send a rover to the moon? Didn't they build some backup Mars rovers that can be sent there?

The Soviets did: http://en.wikipedia.org/wiki/Lunokhod_programme The Chinese are working on a new rover program now: http://www.planetary.org/blogs/emily-lakdawalla/2013/01091341-change-3-lunar-lander.html And a number of private venture proposals are floating around.