One evening, a resplendent full moon rose above the mountains over Salt Lake City. The sky was awash in silver. I took a picture. 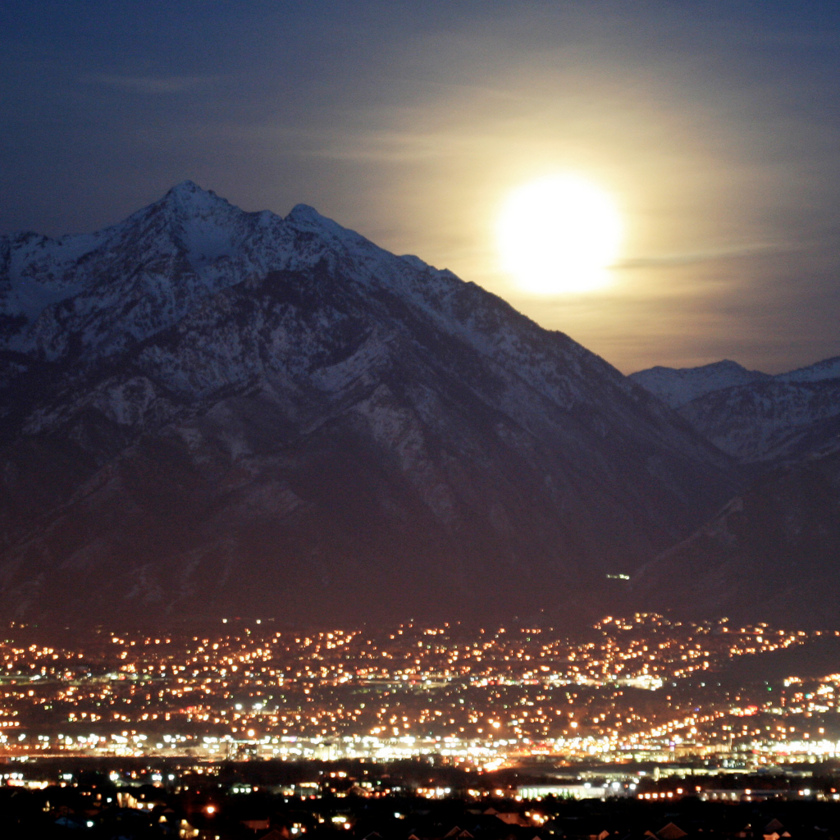 A full moon rises over Salt Lake City. At about the same moment, the Lunar Reconnaissance Orbiter was photographing the moon's surface in exquisite detail.

As I watched the moon climb I thought about the fact that, at that very moment, a robotic spacecraft was circling low over the lunar surface, getting a much closer look.

The Lunar Reconnaissance Orbiter (LRO) began circling the moon four years ago this month. During that time, it has returned a number of important scientific discoveries, along with pictures--lots and lots of pictures. The two narrow-angle cameras on board LRO capture very high-resolution, black-and-white images of the moon at resolutions down to one meter per pixel. The pictures are so sharp you can see tiny craters, individual boulders, even astronaut footprints.

Here are a few previously-unpublished close-ups of the moon's surface, courtesy of LRO.

On the very same day I took my picture of the moon, LRO took this one. It shows the bright rays created when an impact blasted out light-toned material from beneath the lunar surface. 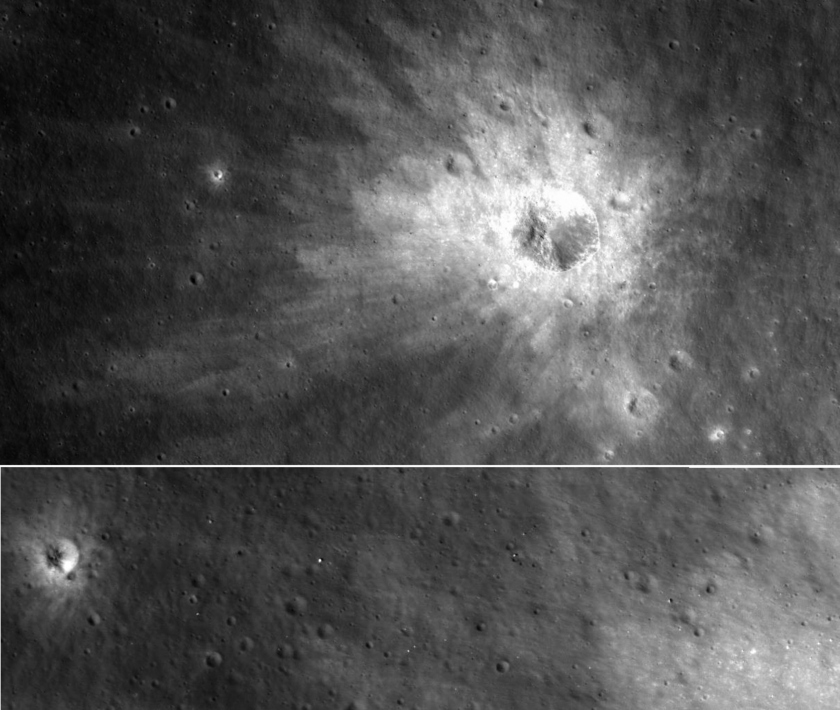 An extreme close-up on a small, relatively young impact crater on the lunar near side in the neighborhood of Fracastorius crater, as seen by the Lunar Reconnaissance Orbiter. Below is a detail shown at the full resolution of around a meter per pixel, showing an even smaller crater that echoes the form of the larger one.

As we look at the amazing level of detail in images like this one, what was once an ethereal light in the sky now becomes a place, one with landscapes as compelling as they are gritty, bearing the scars of a billion years' time.

The stores of imagery given to us by LRO are deep and varied and full of little surprises. Here's another moon seen from Earth, and another close-up taken by LRO on the same day. 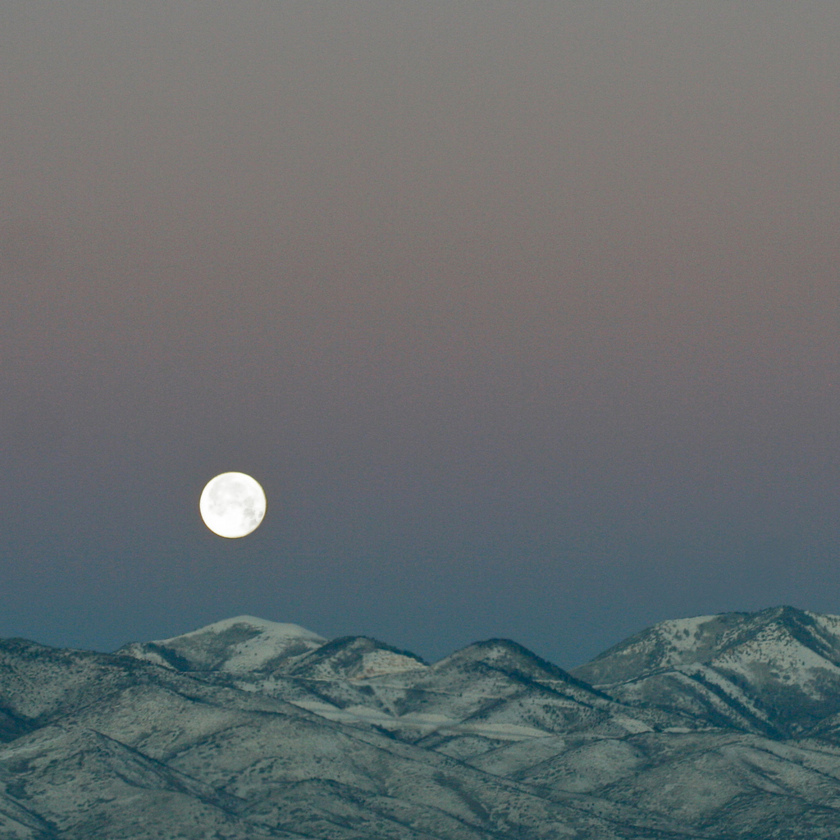 A full moon sets near Salt Lake City. At about the same moment, the Lunar Reconnaissance Orbiter was photographing the moon's surface in exquisite detail.

The Lunar Reconnaissance Orbiter peers into an unnamed crater on the lunar near side, near Condorcet crater. Below is a detail shown at the full resolution of around a meter per pixel, showing the tracks left by individual boulders as they slid downhill toward the center of the crater.

This time we see the interior of a nameless crater. It's full of intriguing details for moon explorers to puzzle over. There are shadows, a contact point between two different kinds of rock (at least one of them probably once molten) and the tracks of sliding boulders the size of cars.

This weekend another full moon will rise in the evening sky, a "supermoon" no less, when the full moon coincides with the time it is closest to the Earth in its orbit. As you enjoy the moon, remember the Lunar Reconnaissance Orbiter as it buzzes in invisible circles around it, simultaneously revealing and deepening the moon's mysteries.

That's some very impressive resolution! We have come a long way since the Lunar Orbiter days and prior. The back side was awesome for me the first time I saw those 1st images as they came back and were released after a few days to process for media use. Now it's in real time! Great improvements!!!!