NGC 4691 is likely a galaxy you haven't seen before: 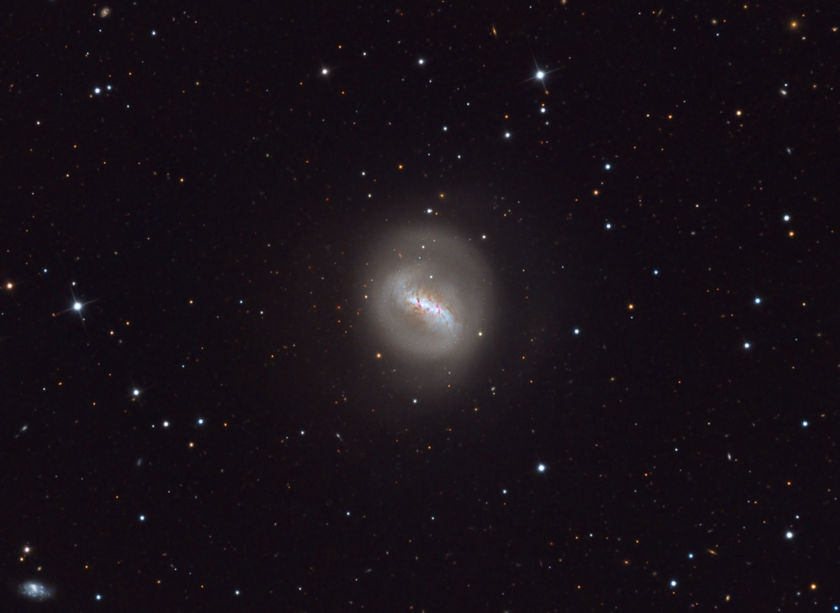 This view of the spiral galaxy NGC 4691 was acquired in April–May 2017. View additional information.

It isn't the showiest barred spiral galaxy by any means. It appears that it is evolving towards a form more like a lenticular galaxy. However its central regions still sparkle with radiant energy with two massive starforming regions diametrically opposed along each side of the central bar. One reason I chose this galaxy was to look for remnant star streams, but alas none were detected here. Another reason was to add to a collection of galaxy images of varying forms. The pursuit is similar to the science of hundreds of years ago where the emphasis was on collection and classification...but in this case with an artistic aesthetic mixed in. NGC 4691 is part of the Virgo Cluster of galaxies at approximately 51 million light years distant.

This region of the Milky Way is such a great view. By unaided eye, in binoculars and with wide field telescope (astrograph) the intermingling of innumerable stars and gas is striking and almost too much to take in: 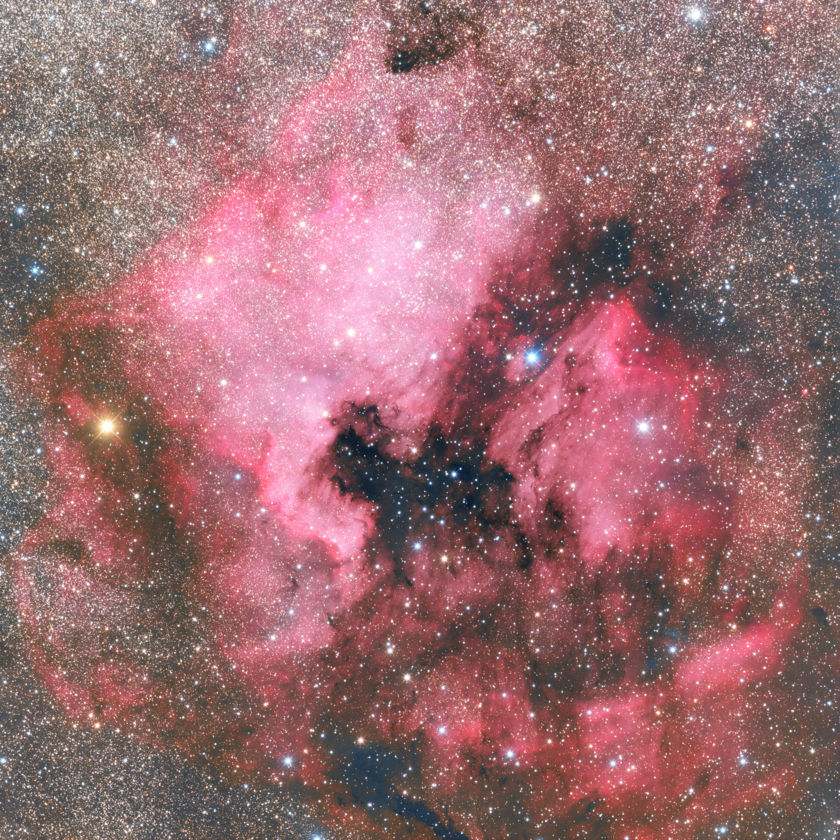 This view of the nebula NGC 7000 was acquired on September 13, 2018. View additional information.

This object is so famous there are probably as many pictures of it as there are stars in this image. In my rendition, this is what I would call a "naturalistic" rendering. Narrowband images of the field have more contrast and de-emphasize the stars. However, I am personally drawn to a view such as which gives a galactic vista of a wonderful mix of activity. There are even some tiny hidden gems in this 4 degree field of view (some outflows, planetary nebulae...etc). 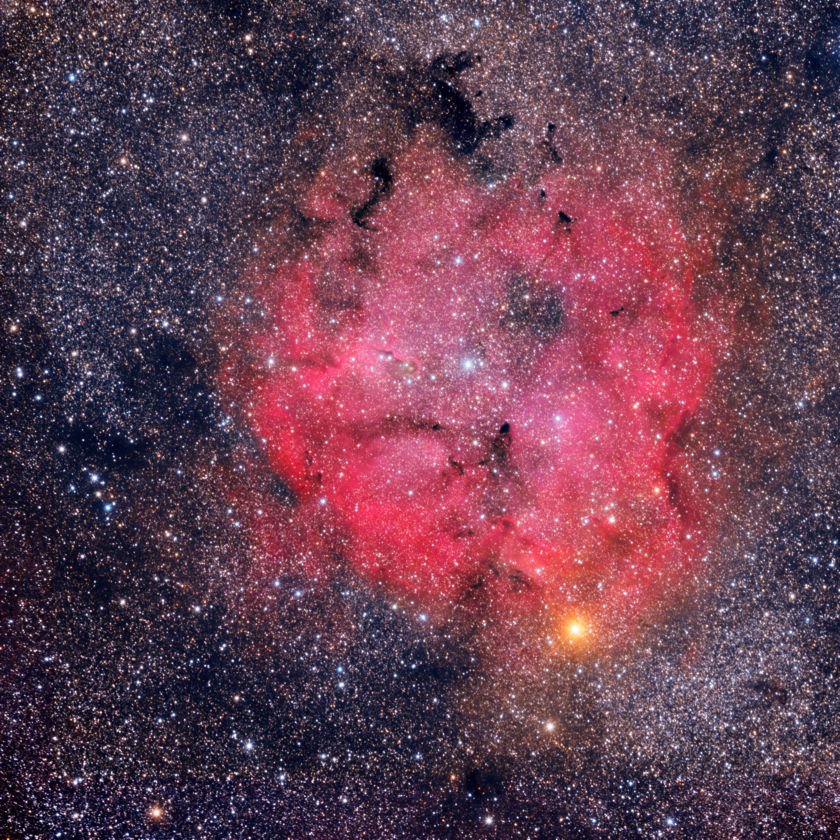 This view was captured on September 13 and October 5, 2018. View additional information.

This glowing region of gas is energized by the bright bluish star(s) near the center. The region, within the plane of our galaxy, extends 100 or so light years across. The bright yellow-red star near the bottom is also a giant- not just a supergiant, but a hypergiant. There really aren't adjectives that can describe its enormity. If placed in our solar system this star would more than fill the orbit of Jupiter. If you were in the middle of the star and tried to fly out at the speed of an airplane...it would take more than a lifetime. It is one of the largest known (Mu Cephei) and it is also a great object to find in binoculars—its color is fantastic.

Some famous objects are also found in the nebula- including vdB 142 (the Elephant's Trunk) near the left side of the bubble in this image. An image I acquired of it long ago shows more detail than this tiny telescope captures: 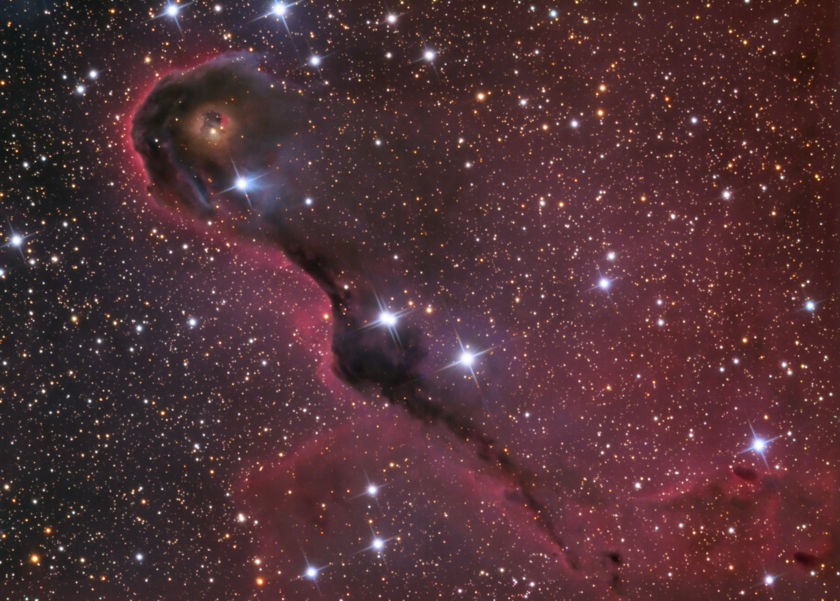 This view was captured on September 17, 2009. View additional information.

Always enjoy these posts, Adam. So beautiful and awe-inspiring!