Pretty Pictures of the Cosmos: Waltzing Through the Universe

This image represents a mixture of awe, patience, and happiness: 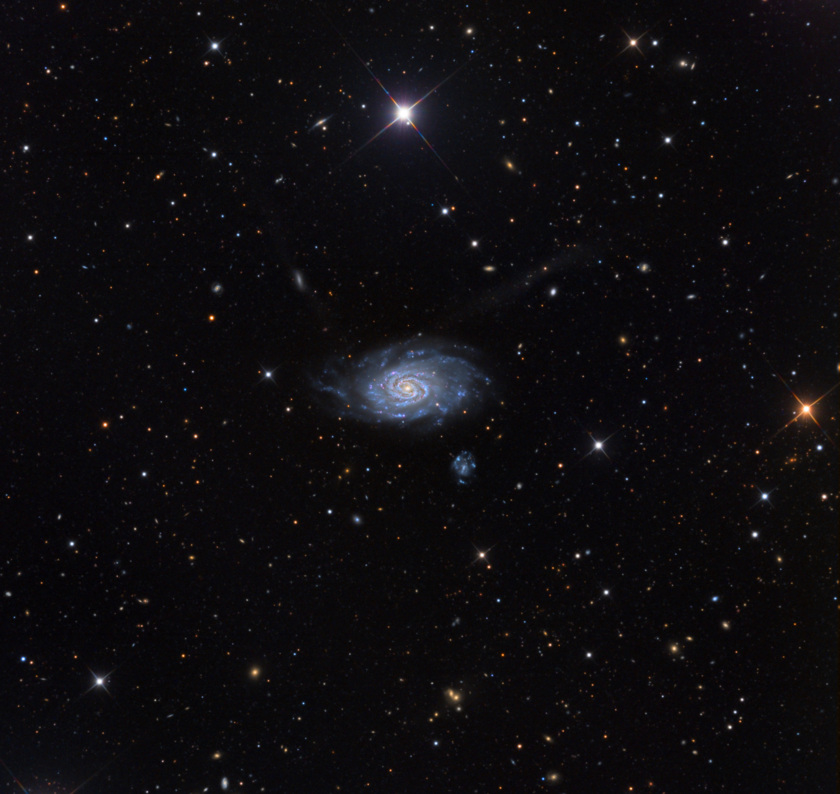 This view of the spiral galaxy NGC 3614 was acquired in February 2016.

I chose to work on this galaxy because I was playing the cosmic lottery. I am part of a group that is looking for tidal star streams surrounding nearby spiral galaxies. I had a "feeling" that this particular galaxy fit the type—but I had no way to know for certain.

Shown here are two streams (likely part of the same structure/process) associated with NGC 3614. They are very faint and I hope you can see them on your monitor. At more than 100 million light years away this galaxy is one of the farther examples in the ever expanding catalog of similar galactic events being studied by Dr. David Delgado and his Stellar Tidal Stream Survey. On the left you can see the small galaxy that is likely leaving behind some of the stars.

So I was awestruck when I saw it in my data two years ago! It is a special feeling to make astronomy a livelihood and contribute to science while simultaneously getting the thrill of discovery. The delay in the release of the image was to allow Dr. Delgado and his group the opportunity to model the system and include it in a research paper (to be published very soon). That took a bit of patience on my part, but the happiness never waned and I am pleased to share my little pursuit with you today.

Be sure to click on the image above for the large version to scroll around and see the rest of the background universe.

In mid-March, I was fortunate to be able to release my latest image of vdB 31 at a conference in Linz, Austria. This object seems particularly well-suited for the event and place: 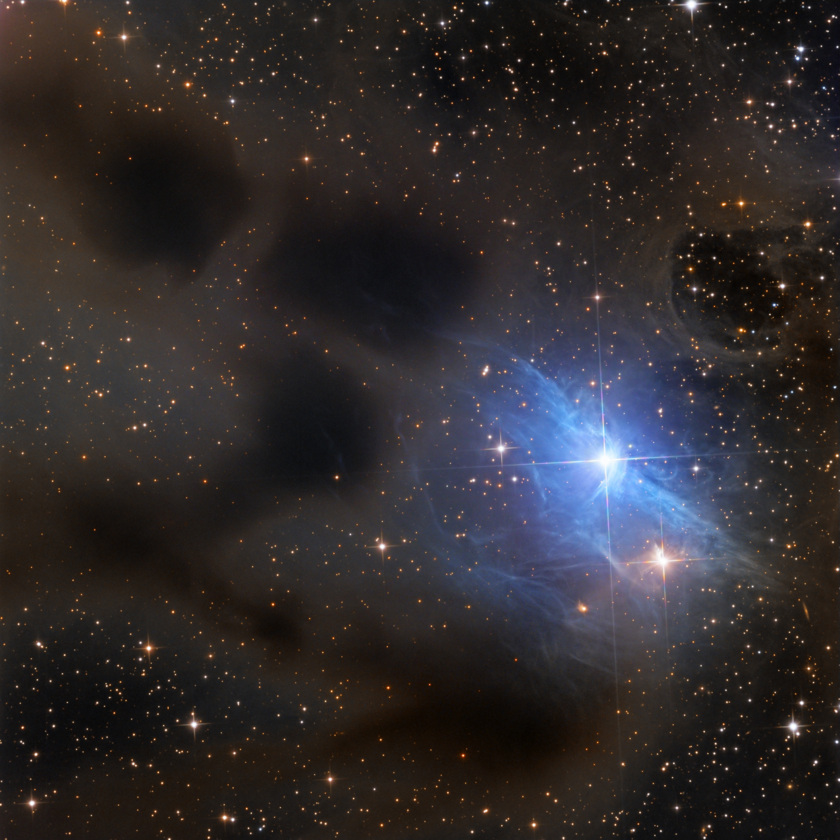 This view of the blue reflection nebula vdB 31 was acquired in 2016. View additional information.

"Danube so blue,
so bright and blue,
through vale and field
you flow so calm,
our Vienna greets you,
your silver stream
through all the lands
you merry the heart
with your beautiful shores."

Not only are the words fitting with the nebula's beautiful blue flowing streamers, but perhaps if you listen closely you can hear the music as brilliant AB Auriga seems to "waltz" through the veil of dust. This image was also published as an APOD on March 11th, 2017.

Here are some delicate spiral galaxies are found on the outskirts of the Coma Cluster: 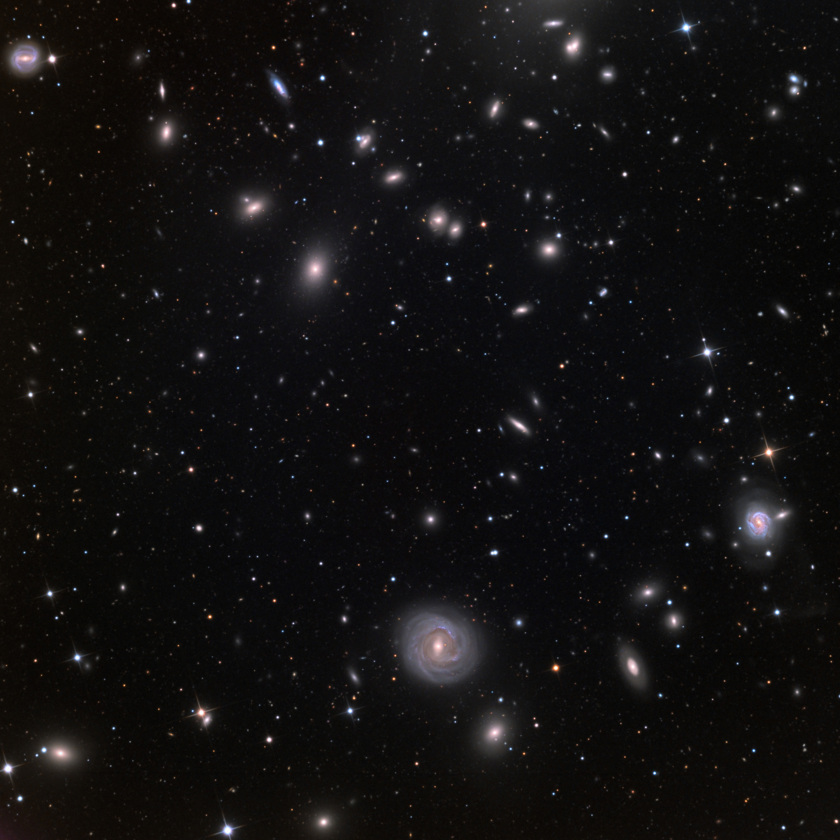 NGC 4921: Outskirts of the Coma Cluster

This view of a host of galaxies in the Coma Cluster, featuring NGC 4921, was acquired in April 2016.

These denizens of the myriad members of the cluster live on the periphery—far from the monstrous ellipticals that have formed in the center. Frequent galaxy interactions and collisions shred the delicate spiral structures of galaxies like NGC 4921 and create more amorphous members.

First be certain to click on the image above for the full field at the best resolution. Don't get lost in galaxies! You might also refer to the older image of the center of the cluster below. If you compare the two images, you can see the overlap between them (top of the new one is the left side of the older central image). 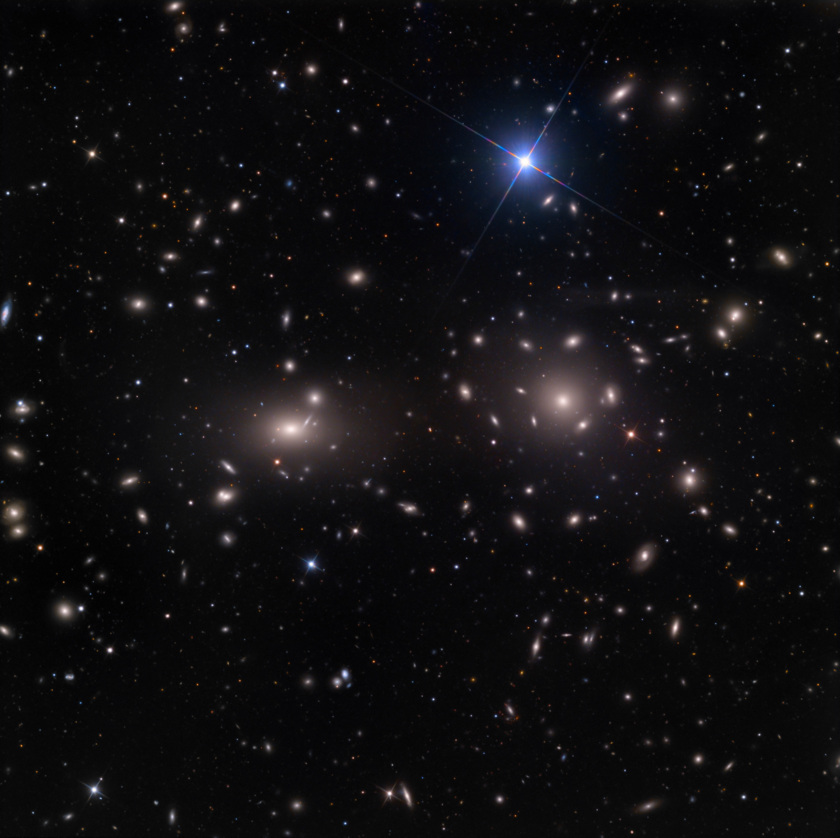 This view was acquired in February 2012. View additional information.

Here is a field filled with galaxies in various states cosmic dance: 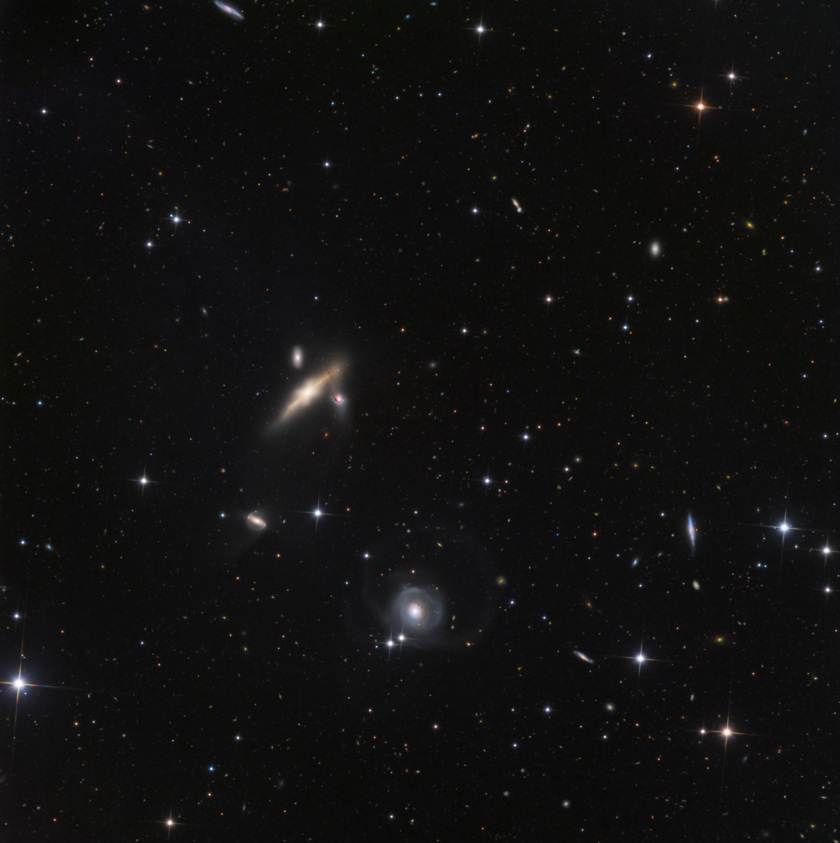 NGC 125 near the bottom has a terrific loop: a star stream formed from an encounter with a smaller galaxy. NGC 128 to the upper left shows the process currently unfolding with the dismantling of a smaller galaxy (NGC 127) whose trailing debris of gas and dust is seen in the foreground of the more massive galaxy. In addition NGC 128 is a barred spiral galaxy as given away by the characteristic and distinctive "X" shape of the nucleus. Our own Milky Way galaxy is a barred spiral as well and we can even see our own "X" on the sky (see here).

Be certain to click on the link that shows the full resolution to enjoy the myriad other galaxies—many of which are also interacting (dancing). The negative view below shows some of the tidal tails of the interactions. The foreground bright galaxies are roughly 200 million light years away. Let your mind ponder the distances to some of the background galaxies you find! 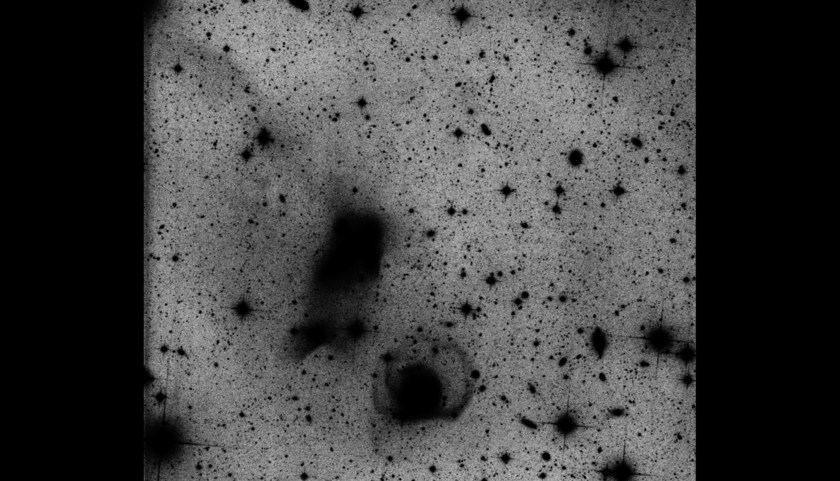