On June 27, 1996, the Galileo orbiter made its first close pass through the inner Jovian system with its remote sensing instruments turned on.  The orbit was known as "G1," or "Ganymede 1," because there was a close targeted flyby of Ganymede.  Galileo also flew close enough to Europa to get the best view yet of a section of its surface that would provide contact for later close flybys. 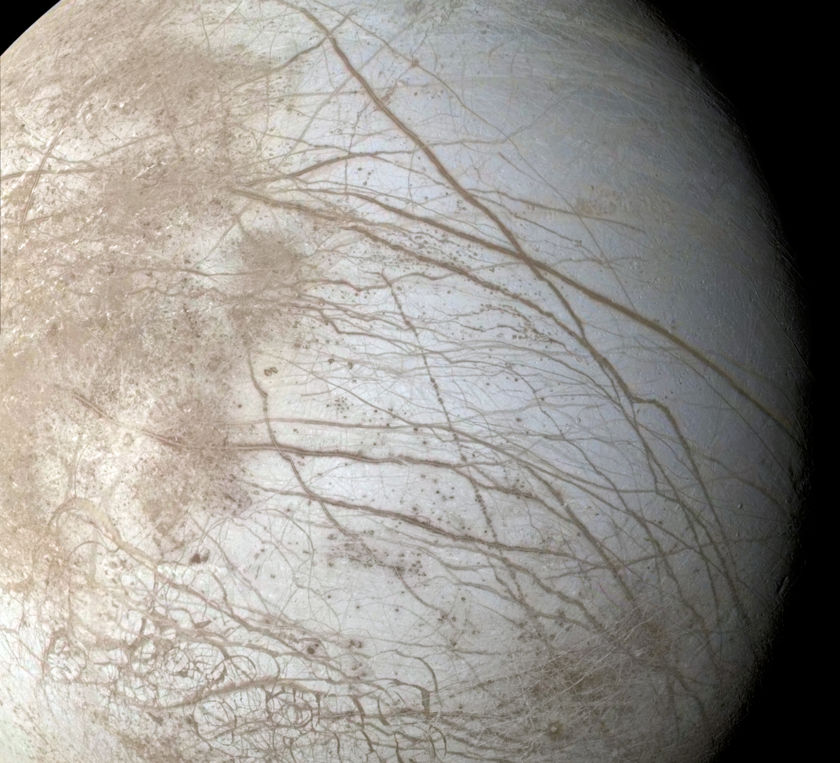 This mosaic of Europa was made from data collected during the Galileo spacecraft's G1 orbit using color mostly from other datasets.

The sequence was described as a global color sequence, although it was never fully global and only part of the color coverage was returned due to Galileo’s antenna woes (it's main antenna failed to open, forcing it to send back data at a rate an order of magnitude worse than a bad dial-up modem).

While Galileo got a lot of closeups throughout its mission, this prevented it from returning many large global and regional views at both high resolution and in color, views we are accustomed to from other missions.  However, this mosaic was relatively complete, and there was enough lower resolution data from other parts of the mission to fill in the missing color.

This mosaic, showing a variety of terrains being bisected by prominent lineaments, serves to whet our appetites for what we hope to see from NASA's Europa Clipper mission, which will arrive in the latter half of the next decade. Until then, milking Galileo (and Voyager) data to the last drop will have to do.