Fossils or good-looking rocks? Why searching for life on other worlds is hard

If you find a structure that looks like ancient life, can you be really sure that it is ancient life? Well, if you stumble upon a mammoth skull or a rabbit skeleton with all the correct anatomical features, then that is pretty compelling evidence. But it’s harder to identify older life—much older life—that existed long before anything close to mammoths or rabbits.

Three or four billion years ago, the early inhabitants of our planet were tiny, primitive microorganisms. Their fossilized remains are rather unremarkable—simple elongated blobs imprinted in the rocks—but they provide extremely rare and precious information about early Earth.

But not every blob turns out to be a former living creature. As such, each one of these microstructures poses an important dilemma: Is it a genuine, biogenic fossil? Or a deceptively “good-looking rock”?

The magical waters of Ney Spring

To investigate these questions, Professor Juan Manuel Garcia-Ruiz from the University of Granada set out to explore an unusual spring in northern California. Today known as Aqua de Ney, the site was frequented by native people who believed it had unique healing powers. John Ney re-discovered the spring in 1887 and built a nearby health resort to profit from its “magical” waters. Although the resort is gone, we now know the chemistry behind the magic: Aqua de Ney has the highest reported silica concentration (>4000 pm) and pH value (~11.9) in a natural spring. 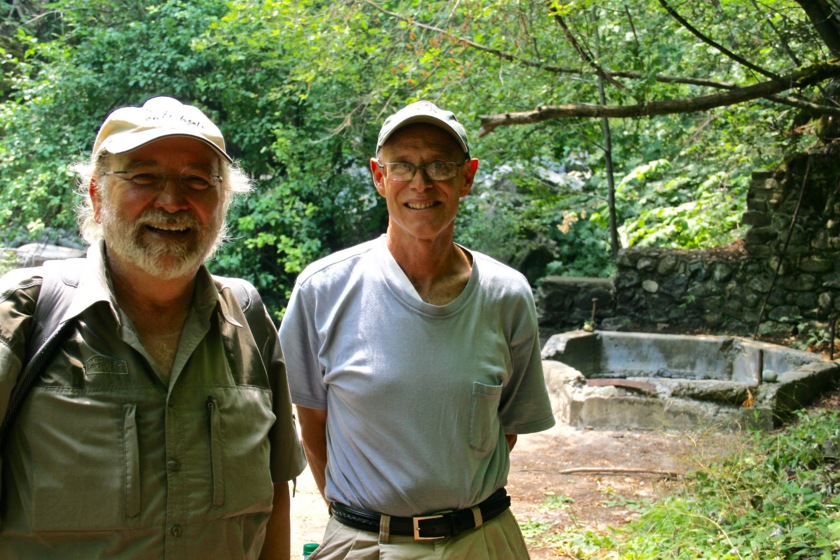 Garcia-Ruiz was accompanied to the Ney Spring by Neil Jacobs of the Mount Shasta Trail Association. At first glance, the site seemed ordinary and unassuming, perhaps ominously suggesting that looks can be deceiving. In fact, one could easily ignore the spring except for the pungent scent of its sulfuric chemicals. Garcia-Ruiz carefully collected water samples and mailed them back to his lab in Granada, and to Professor Oliver Steinbock’s lab at the Florida State University (where I was also anxiously waiting). Then the fun began!

So, what was the plan for our study? The answer is related to a unique class of precipitate structures known as “biomorphs”. Biomorphs are purely inorganic materials produced by the crystallization of barium carbonate and silica, but with a twist—quite literally. They form twisted shapes such as double helices, wavy sheets, and worm-like patterns, morphologies that you would not expect from a simple crystallization process. For a crystal-grower like myself, these biomorph shapes are supposedly beyond the realm of inorganic crystals. And for a paleontologist, they are potentially within the strict realm of biological shapes.

But recent evidence has shown that neither viewpoint is entirely accurate. Biomorphs are, indeed, inorganic crystals, but they are definitely not alive.

It turns out the chemical conditions of Ney Spring, namely, the high pH and silica content, are particularly conducive for biomorph growth. To test this hypothesis, our two research groups manipulated the water samples, by doing things like adding barium ions, tinkering with the pH, and diluting the solution. Sure enough, we obtained complex and truly remarkable microstructures. This panoply of biomorphs included twisted rods, coalesced mats, and irregular shapes with smooth appendages.

The implication? Biomorph pseudofossils can easily grow in natural geochemical environments–not just in model lab solutions–and deceive us into thinking that they are genuine ancient fossils!

Another brick in the wall

In addition to the biomorphs, we attempted to grow calcium carbonate in the Ney Spring water. Some of the results were truly surprising. Instead of typical calcite crystals, we created peculiar assemblies of nanoplatelets, stacked neatly like bricks in a wall. From these tiny building blocks, spicules emerged with well-defined orientations. What a remarkably ordered material! How these complex structures assemble remains a perplexing mystery…

How do these complex structures “build themselves”?

Interestingly, bones and teeth and other biominerals consist of similar assemblies of building blocks. But their synthesis in our bodies is tightly regulated by proteins—not one or two random proteins, but scores and scores of precise biological molecules that order each tiny crystal where to sit and how to behave. By comparison, the Ney Spring waters self-organize into complex structures without any extra help. (Well, not nearly as complex, to be honest, but still interesting.)

Back in time and far in space

On present-day Earth, the Ney Spring is a rare geochemical specimen. However, similar environments might have been common on early Earth and other faraway planets. This raises an important caution. When we find a curious-looking object on Earth or Mars or Europa, we will want to characterize it with extra confidence before declaring it is, or was, alive.

This argument goes the other way round as well. We should not immediately discredit a potential fossil because it looks like something made in the lab. There are other ways, besides morphology, that scientists use to scrutinize potential fossils. But even measurements such as isotope fractionation and chemical analysis are fraught with difficulties. Clearly, searching for life is easier said than done…

Not too long ago, the boundaries between geochemical and biological structures were perceived as sharp and well defined. These boundaries are now more blurred than ever, and scientists from various disciplines are cooperating to meet the coming challenges.

Full details of the study can be found here. The study was lead by Prof. Juan Manuel Garcia-Ruiz and performed in cooperation with Prof. Oliver Steinbock, Electra Kotopolou, Leonardo Tamborrino, and Dr. Elias Nakouzi. Special thanks to the Mount Shasta Trail Association. This study was funded by the European Research Council and the National Science Foundation. 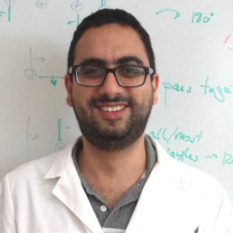 Great article, thanks for sharing. It reminds me of another article I read here a number of years ago about tholins. http://www.planetary.org/blogs/guest-blogs/2015/0722-what-in-the-worlds-are-tholins.html

Thanks a lot Jonathan. I did not know what tholins were.