This article originally appeared on October 2, 2013 on the author's personal blog and is reposted with his permission.

Today I received my furlough notice from NASA. Since my job isn’t considered “excepted,” in other words, since no one will be injured or die if I don’t report for work, then I am to remain at home until recalled to work after the Congress passes and the President signs some sort of budget or continuing resolution to keep the government running. The fact that the government has shut down all non-essential operations should come as no surprise to anyone who hasn’t been hiding under a rock these last several days.

What may come as a surprise to many is the following statement from the letter I received informing me of what I can and cannot do during the furlough: “During the furlough, you will be in a nonpay, nonduty status. During this time, you will not be permitted to serve NASA as an unpaid volunteer.”

How many federal agencies, for that matter, how many employers have to tell their employees “I’m sending you home without pay for an indefinite period of time and you are strictly prohibited from doing any work for the company/organization on your own time and without compensation?” I dare say there are not very many people out there who would take forced, unpaid days off and continue to work for the company that sent them home. Except at NASA. And, yes, if it weren’t so explicitly stated, I would be one who would continue to work on my NASA projects at home, on my own time, and without compensation. I am sure I wouldn’t be alone.

In a normal work week, I receive 1/3 of my average daily work-related emails after 5:00 pm. Some of them are time stamped after 11:00 pm. I find that the people I work with routinely work at home, on their own time, as a general rule of thumb. I’m not just talking about the rushed deadline where everyone pitches in to make it happen. I’m referring to the day-to-day business of NASA.

Did you know that NASA has routinely been named THE best place to work in government by its own employees for at least the last two years? How many companies where the employees routinely work uncompensated overtime just to get the job done will then turn around and rate their company as a great place to work? Not many. Except at NASA.

Speaking only for myself, I’ll tell you why I think that’s the case. We’re working on challenging projects with the goals of advancing our understanding of the universe around us, expanding humanity beyond the Earth so as to ensure the eventual survival of the species, and making the Earth a better place to live for all who inhabit it. Yes, these are lofty goals and bold assertions. They are what motivate me and have inspired me since I was a child. We believe we’re making a difference in the world and we love doing it.

Are there NASA employees who are just punching the clock? Yes. But they are in the minority. Most of us don’t dread Mondays. Most of us would much rather be working than furloughed and I, for one, would keep working on some of my projects during the furlough if I were allowed to do so. 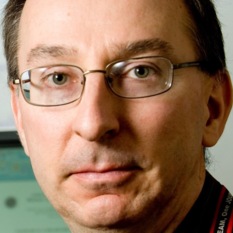 I work for a public access TV station which is a department of a municipality. We were advised by our legal department many years back that we cannot work on staff-produced projects as volunteers, even though we can utilize community volunteers for those projects and we can be community volunteer producers for our own programs. The reason was about labor laws and people being coerced to work for free and call it 'volunteering'.

Yup. Lawyers and Unions. Right up there with Politicians on the popularity scale. -bob

I am truly sympathetic. Your work is so exciting that I can understand wanting to work, even without pay for a few days. Best of luck to all NASA professionals. We know none of this executive action is your fault.

Inspiring post and easily agreeable comments. And no doubt there'll still, anyway, be more than a few NASA employees quietly "triaging" their forthcoming tasks and beavering away in various undetectable forms on the stuff they can still productively do - maybe compiling stuff on non-NASA hardware, ready to dump "whole" into the system the moment it's legal! Or is the Gov't going to look inside their brains and tell them to stop thinking about their work too?!! Definitely a bright corner of a crazy world.

I can fully understand your position. Especially as seen from Europe, and particularly from France, this "shutdown" is, strictly speaking, real science fiction. My girls asked me about this yesterday and I have been hard to explain...

Well I'm sorry to hear about his mess as anyone else. In the mean time maybe (?) you can distract yourself by writing a blog on some projects you have done and post them here to help you pass the time if that is possible.

I have a great deal of sympathy for you. But one thing you might do during this "down time" is reevaluate your life. We live in a society which drives people towards workaholism. People become defined people by what they do rather than who they are as a person. We lose our identities to our work. A furlough, on the one hand, can make a person feel helpless. It occurs outside of our personal control, like being hit by a bolt of lightning or drunken driver. On the other hand, it can be an opportunity to ask yourself: “Is this all there is to life?” Just a thought and best wishes to you.

It's all pathetic and ridiculous. This country's lacks leadership and cognizant vision in a way that hasn't existed in my recent memory. It appalled me to see our space-science programs "gutted" to the point that we now hitch our rides into space at the whim of a monster like Putin, but what disgusts me the most is a family not being given the deserved compensation and assistance to bury it's fallen soldier. This is not due to a "shutdown" of anything but a conscience in the white house; especially when all it would take is an executive order (and NOT an act of congress) to fix this disgusting situation. Not only does this administration lack intelligent and PRODUCTIVE scientific and economic vision, it doesn't care WHO else it hurts, as long as it hurts as many of it's opponents as possible...an exercise of POWER at it's WORST!! astronomer AND military wife