One of the nicest aerospace museums in the United States is the Museum of Flight, outside Seattle, Washington. The professionally-displayed collection of more than 150 aircraft is impressive both in size and quality. From a 1914-era Caproni Ca.20 fighter to an Aérospatiale-BAC Concorde supersonic airliner, there are aircraft of all shapes and sizes. The spacecraft collection has some notable items as well, from the enormous Space Shuttle Full Fuselage Trainer, to a 1970's era Viking Mars lander and orbiter. It is the Viking lander which drew me cross-country for a recent visit. 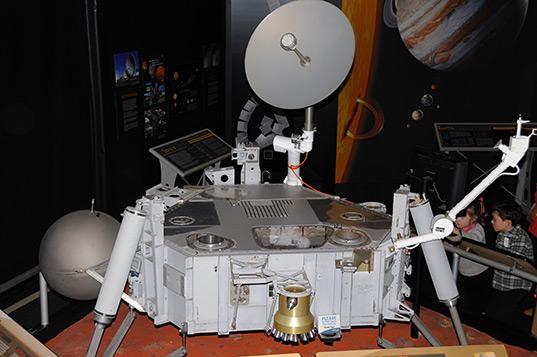 Viking Lander at the Museum of Flight

Overall view of the lander, as seen from the sidebeam #2 side. The 30" dish of the high gain antenna (HGA) is in the top-center of the image. The meteorology boom extends to the image's right edge. Fuel tank #2 is the dark gray sphere in the lower-left corner of the image.

Before Viking, little was known about the surface of Mars; no spacecraft had successfully landed. During six years of surface operation (1976-1982) the Viking 1 and 2 landers revealed the cold and dry surface in thousands of photographs, while science instruments analyzed soil chemistry and atmospheric composition and pressure. The museum's lander is the backup unit constructed by Martin Marietta alongside the two primary units (which, of course, are now on Mars). Due to project funding limitations, this backup lander was not completed. Although the lander thus looks rather spartan, I find it a boon to study. The structure is almost entirely exposed to view, rather than concealed behind insulation blankets, covers, and exterior components. Part of the lander interior is even visible through open access panels. 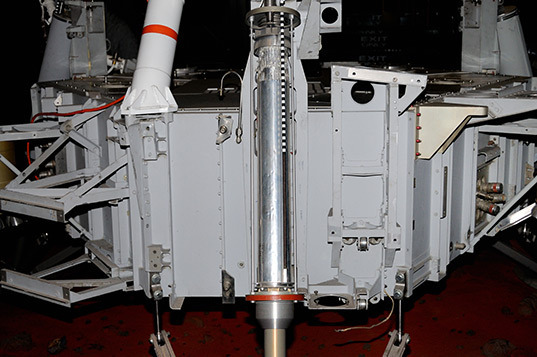 Viking Lander at the Museum of Flight: Landing Leg 1

At the center of this image is landing leg 1, one of three on the hexagonal lander body. This leg's upper strut is missing its white fabric contamination fairing (partly visible on legs 2 and 3 -- the thick diagonal cylinders -- in the upper left and right background). The leg's core is filled with aluminum honeycomb which crushes on landing to absorb impact. The striped stroke or depth gauge rod extends upward as the leg compresses during landing, revealing more 1/4-inch bands above the leg's top cap (properties of Mars soil can be deduced from the result). Some of the lander's complex brackets and fittings are also visible here thanks to the missing external equipment. 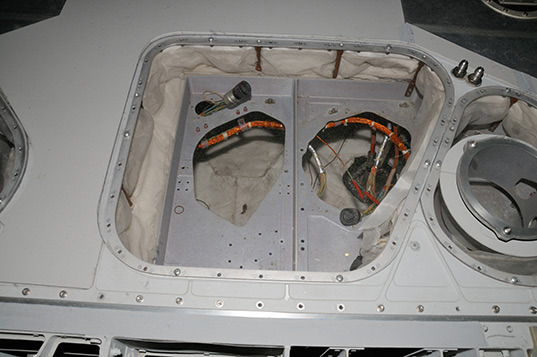 Viking Lander at the Museum of Flight: Looking inside

This view looks steeply down on an edge of the lander body. An open panel reveals part of the machined aluminum Equipment Plate which spans almost the entire interior, located a few inches below the top cover. Puffy white insulation blankets surround the area with two large irregular holes. The Mars soil inlets for the Biology and the Gas Chromatograph Mass Spectrometer instruments would protrude up through those two holes. The missing instruments allow us to see the white insulation laying at the bottom of the lander interior.

My Web album contains many more detailed photographs of this Viking lander "Flight Capsule 3". And don't forget to view the Museum of Flight website! 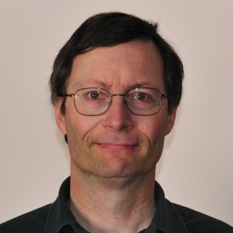